Jonathan Huberdeau scored and led a balanced attack that included goals from six players, and the Florida Panthers gained on Central Division-leading Tampa Bay with a 6-4 victory over the Lightning on Monday night.

Florida won two of the three games between the teams in a five-day span and pulled within a point of the Lightning in the standings. 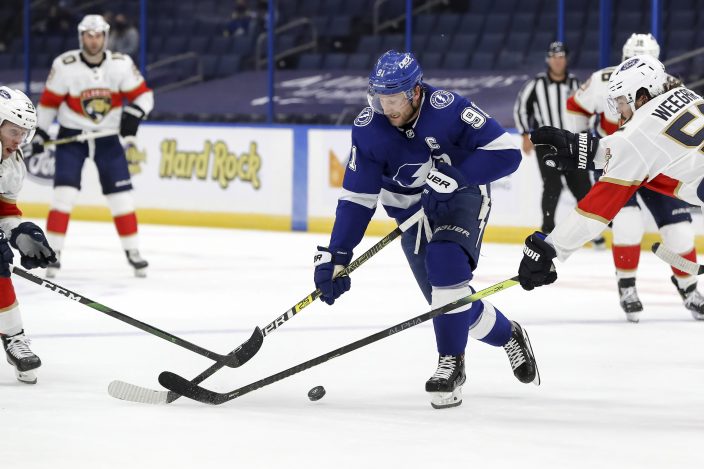 Chris Driedger finished with 27 saves and Florida improved to 4-0 in games following a loss this season.

Alex Volkov scored twice for Tampa Bay, which had its six-game home winning streak halted. Steven Stamkos and Tyler Johnson also scored for the Lightning. Curtis McElhinney made 15 saves in his second start of the season.

Stamkos, back in the lineup after missing the two previous games, scored his team-leading eight of the season to put Tampa Bay in front at 6:24 of the first period. Ondrej Palat won the puck below the goal line and found Erik Cernak in the slot. Cernak fed a pass to Stamkos, who dropped to a knee for a one-timer. 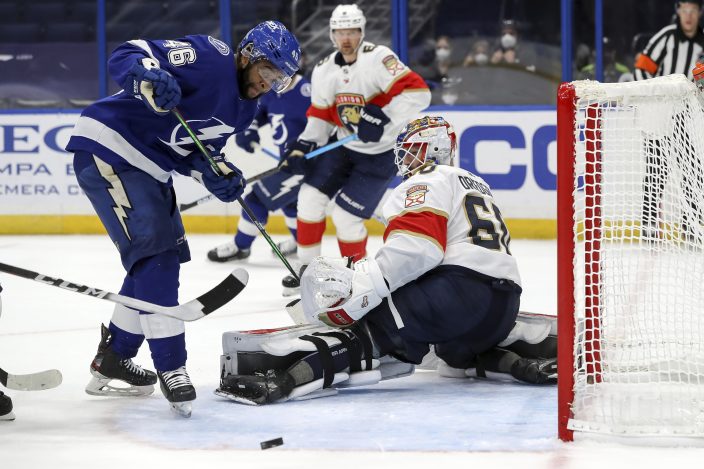 The lead didn’t last long as Huberdeau pulled the Panthers even 1:32 later. McElhinney left the crease to play the puck as it moved around the boards, but it slowed down coming around the bench and McElhinney was beaten to the puck by Patric Hornqvist, who fed Huberdeau alone in front of the vacated net for his fifth of the season.

The Panthers started to pull away in the second period with three goals in 5:24.

Tippett finished off a cross-ice pass from Eetu Luostarinen after a turnover by Jan Rutta at 4:59. Vatrano converted a penalty shot at 8:39 to give him goals in three consecutive games before Duclair finished a wrap around at 10:23 for a 4-1 lead. 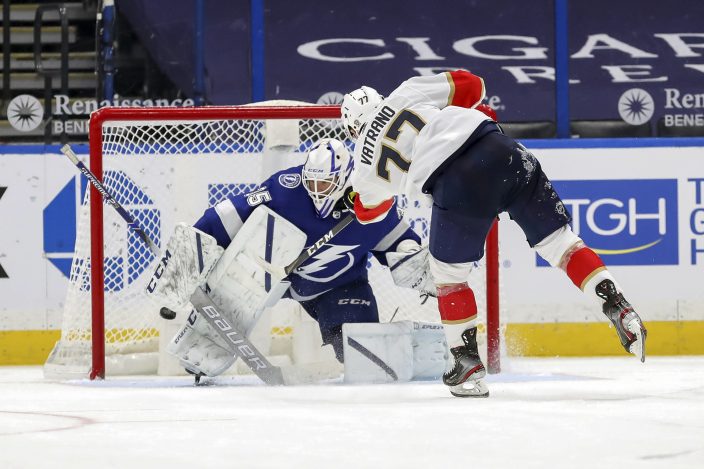 Volkov cut the deficit to two goals with a wrist shot from the left dot at 11:42, but Barkov answered that 54 seconds later with his fifth of the season and 420th career point, passing Olli Jokinen for second place on the Panthers’ all-time scoring list.

The Lightning pulled within one again on goals by Volkov and Johnson in a 48-second span. Volkov netted his second of the game after Pat Maroon’s backhander glanced off Volkov’s stick at 15:50, and Johnson finished off a Joseph pass on a 2-on-1 with 3:22 left in the second period.

Stralman scored his first of the season 59 seconds into the third period to regain a two-goal lead for Florida. 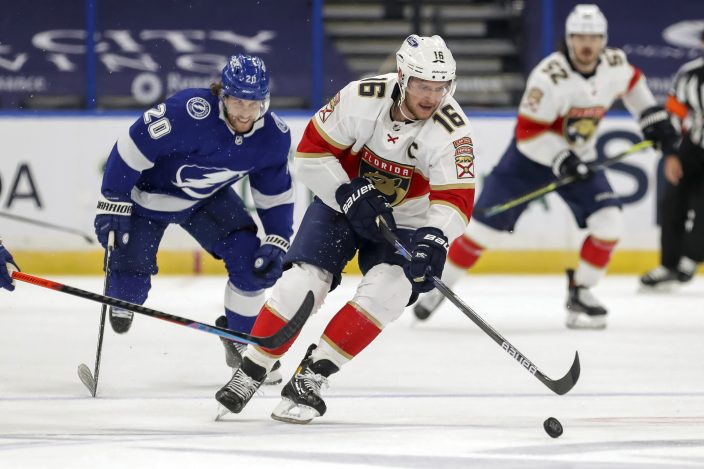 CENTER OUT: Florida will be without C Noel Acciari for the full road trip after head coach Joel Quenneville announced Acciari suffered an undisclosed upper-body injury. Acciari, who scored 20 goals in 66 games last season, has yet to register a point through 12 games this season. 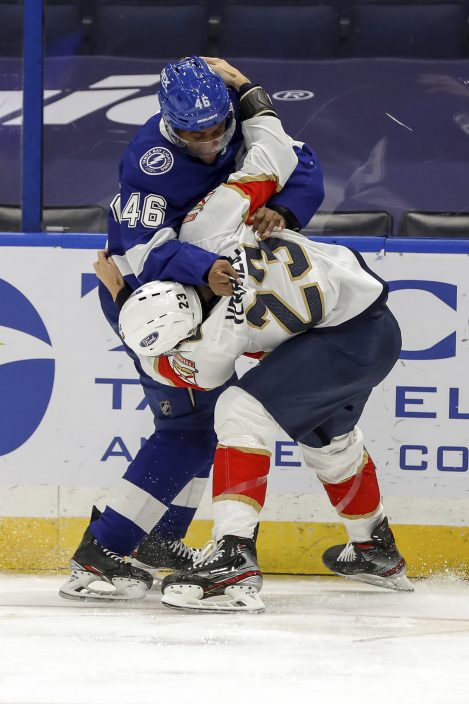 Florida: At Carolina Hurricanes on Wednesday. 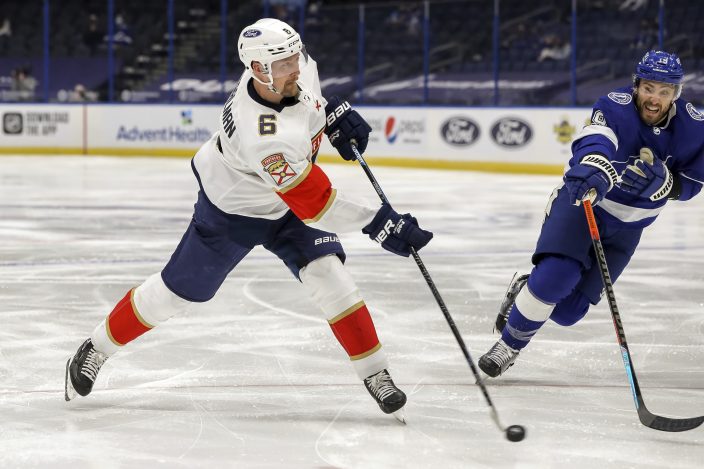 Lomberg scores in OT to lift Panthers past Lightning, 6-5