A 10-point lead. A 12-match winning run. Seventeen straight victories in all competitions.

The numbers are just getting bigger and bigger as Manchester City surges toward another Premier League title.

Everton was the latest team to be brushed aside by Pep Guardiola’s side, with City winning 3-1 at Goodison Park on Wednesday to open up its biggest lead yet in the league this season. 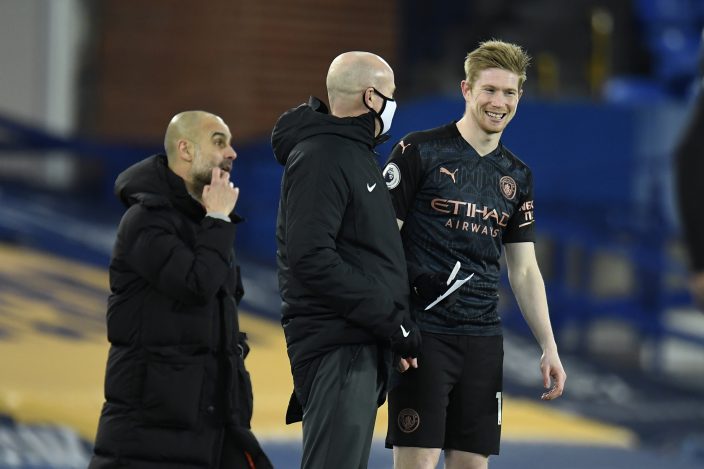 Making the evening all the sweeter for Guardiola was the sight of his star player, Kevin De Bruyne, back on the field in a brief cameo as a substitute after a month out injured.

Everything seems to be falling into place as City closes in on reclaiming the title from Liverpool.

“Incredibly satisfied with our mentality,” Guardiola said. “A lot of wins in a row but still we have the desire — I see the team playing football, not playing to keep what we have but playing to get more.” 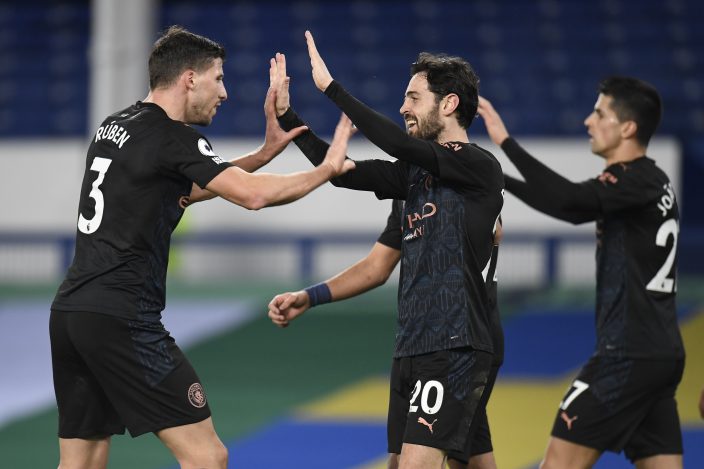 City was being held 1-1 heading into the final half hour, after Everton forward Richarlison canceled out the deflected 32nd-minute opener by Phil Foden, when Riyad Mahrez conjured up the moment of the match.

Cutting in from the right, Mahrez took aim from the edge of the area and curled a shot in off the far post to give City the lead again in the 63rd.

Bernardo Silva added a third goal in the 77th with a not-too-dissimilar effort as he also drifted in from the right flank and sent in a shot that Everton goalkeeper Jordan Pickford got a hand on but couldn’t keep out. 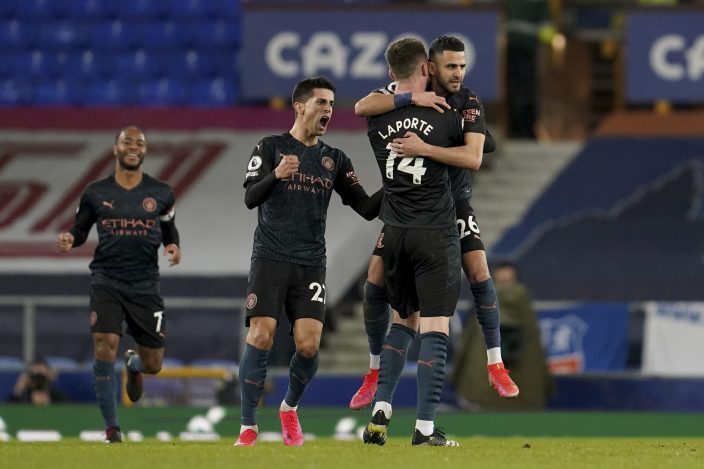 City has won every match it has played since squeezing past Southampton 1-0 on Dec. 19, a stunning run that has come while its biggest title rivals — Liverpool and Manchester United — have started to drop away.

City's form is all the more remarkable given that the team has played every weekend and midweek since the start of the year, owing to its continued involvement in the two domestic cups. The schedule doesn't get any easier, either, with City's Champions League campaign resuming next week and Guardiola revealing that the Premier League has dropped in two games — against Wolverhampton and Southampton — in upcoming spare midweeks in late February and early March.

Those two games had to be rearranged because City has advanced to the FA Cup quarterfinals and League Cup final. 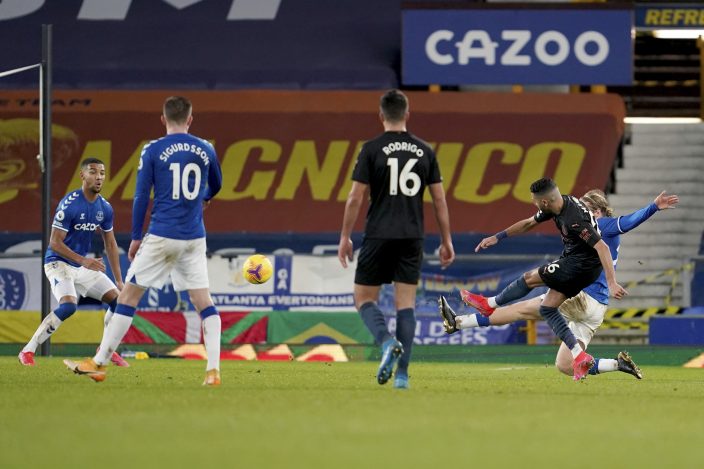 “It's better not to look at the schedule because you get depressed,” Guardiola said. “It's too many games. The guys need a little bit of rest. But at the same time, it is a beautiful challenge.”

United and Leicester are the nearest challengers, both 10 points back, but are unlikely to claw back a such a big cushion given City’s relentless form.

“It was hard, almost impossible,” Everton manager Carlo Ancelotti said of facing City. “They have quality, power, belief. It is very difficult to compete with them.”

Avoiding relegation is looking like a more and more realistic prospect for Fulham.

A 1-1 draw at Burnley moved Scott Parker’s improving side within six points of safety, with 14 games still to be played.

Fulham, which is in third-to-last place, has lost just one of its last six games and has tightened up considerably at the back after being among the most porous teams early in the season on its return to the top flight.

Importantly, Newcastle — the team above Fulham — recently lost star striker Callum Wilson for up to two months because of injury and suddenly looks well in reach.

Looking to back up a win at Everton on Sunday, Fulham took the lead at Turf Moor through defender Ola Aina at a corner in the 49th but conceded to Ashley Barnes three minutes later.