Sisterhood and survival are the themes of a dark comedy coming to Peacock, a first step into Spanish-language fare created for the streaming service.

The Miami-set “Armas de Mujer,” which translates in English as “Women's Weapons,” also is a switch for its stars, including Kate del Castillo of “La Reina del Sur” drama series fame.

“I’m very happy to be doing this amazing genre that I’m not familiar with as an actress,” del Castillo said Wednesday. “Actually, in Latin America were not used to doing this kind” of dark humor. 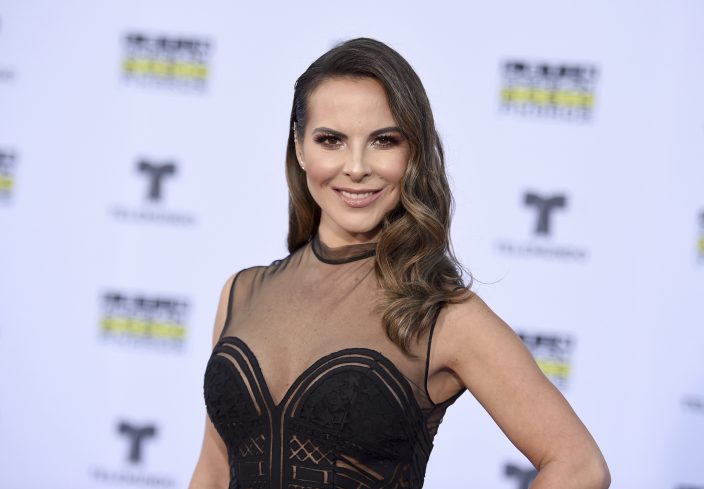 FILE - Kate del Castillo arrives at the Latin American Music Awards in Los Angeles on Oct. 26, 2017. The Miami-set “Armas de Mujer” is in production on eight episodes for the Peacock streaming service, with a premiere date yet to be announced. (Photo by Richard ShotwellInvisionAP, File)

Production is underway on eight episodes of the series, which also stars Roselyn Sánchez (“Devious Maids,” “Grand Hotel”) and Sylvia Sáenz and Jeimy Osorio, who appeared together in “Betty en NY.” A premiere date has yet to be announced.

The characters’ affluent lives are upended after their husbands are arrested for links to the same crime cartel, whether as accountant, assassin or a top boss.

The women search for way to support themselves and their families in style — an exercise in bonding that mirrors their own on-set relationship, the actors said in reply to a question about how they work together.

There’s a tendency to pit women against each other as competitors, said Sáenz, calling that a sharp contrast with reality.

Her castmates are “just generous people ... that’s the thing I admire the most in artists today, in human beings in general,” she during a panel discussion with TV critics.

Although the series is in Spanish (with English-language subtitles), its universal story makes the language irrelevant, Sánchez said. The actors also emphasized it's not a crime drama, despite the fact their characters married men in the business.

“This is going to be able to translate to any language, any country, any culture, because it's about empowering women, and how these four ladies are thrown into these incredible ... circumstances and they need to survive," she said. “And they do it through friendship and loyalty.”