Daniil Medvedev simply does not lose right now. Not to Top 10 opponents. Not to anyone, really. Certainly not to a drained Stefanos Tsitsipas in the Australian Open semifinals.

Medvedev made it to his second Grand Slam final as he pursues his first major championship, overwhelming fifth-seeded Tsitsipas 6-4, 6-2, 7-5 on Friday at Melbourne Park to run his winning streak to 20 matches. That includes a dozen against members of the Top 10. 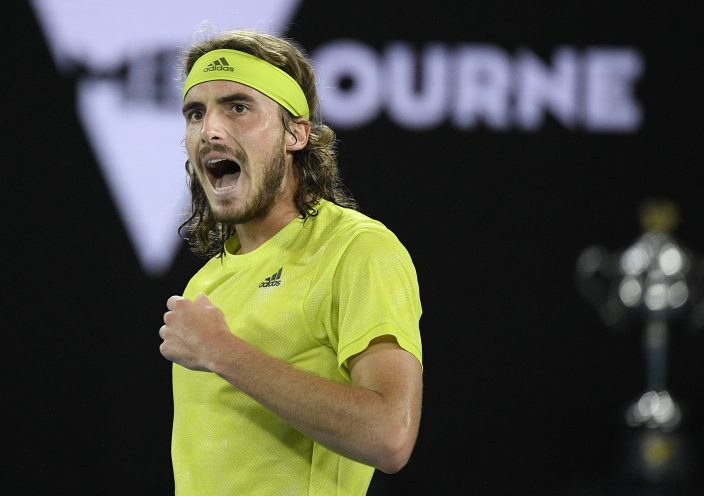 Medvedev, the runner-up at the 2019 U.S. Open, was terrific against Tsitsipas, accruing 17 aces among his total 46 winners. The latter count included a sliding backhand pass down the line to break in the next-to-last game, a shot Medvedev celebrated by raising both arms and waving his hands in a gesture that told the world, “Check me out!” 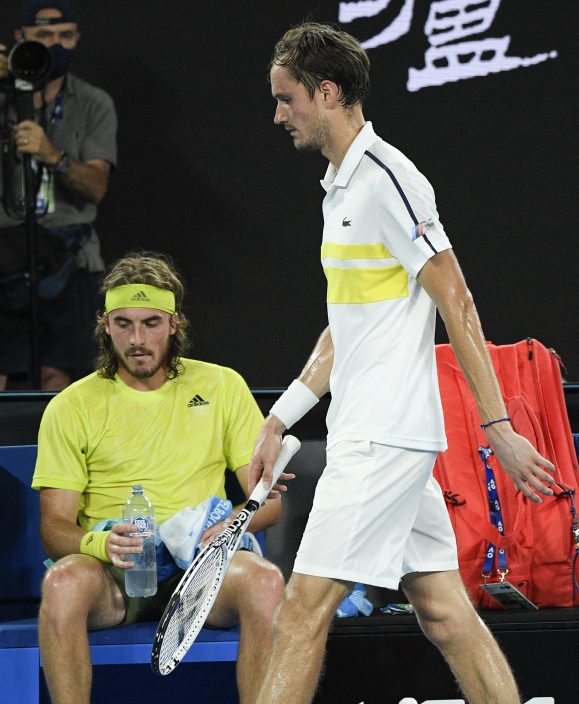 It took just 75 minutes for Medvedev to grab a two-set lead. He went up 3-1 in the third before Tsitsipas made things interesting, if only briefly, by taking three games in a row, including his only break of the match.

But Medvedev, his baseline defense exquisite, proved too tough.

Down a set and a break early, Tsitsipas sat down at a changeover and chucked an open water bottle, causing a splash on the court that forced ball kids to scramble for towels to wipe up the mess. The petulant scene drew a side-eye from Medvedev. 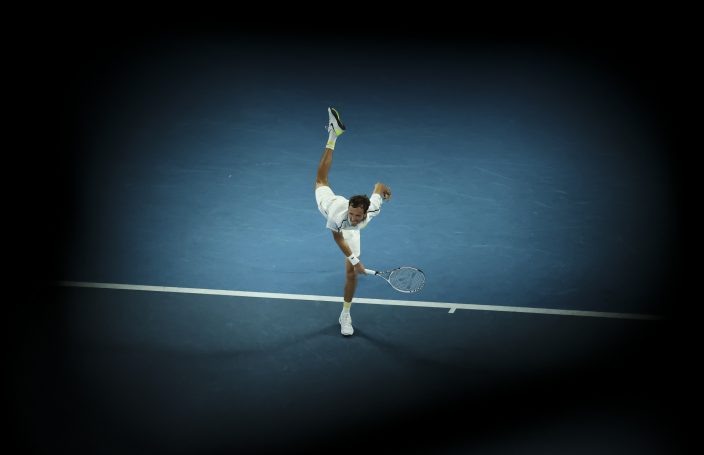 Early in the third set, Medvedev told chair umpire James Keothavong that Tsitsipas’ father, who also coaches him, “is talking way too much” from the stands.

Tsitsipas and Medvedev already have a bit of an uncomfortable history, dating to their first meeting on tour at the 2018 Miami Open. Medvedev won that one — he started their rivalry with a 5-0 edge, although Tsitsipas claimed the most recent matchup before Friday’s — and it ended with some verbal volleying.

They tried to smooth things over through the media in recent days, including Tsitsipas backtracking from denigrating Medvedev’s style of play. “Might have said in the past that he plays boring, but I don’t really think he plays boring,” Tsitsipas said this week. “He just plays extremely smart and outplays you.”

A pretty good summation of what happened in the semifinal.