The British government announced Sunday that it aims to give every adult in the country a first dose of coronavirus vaccine by July 31, a month earlier than its previous target.

The new target also aims for everyone over 50 or with an underlying health condition to get a vaccine shot by April 15, rather than the previous target of May 1.

The makers of the two vaccines that Britain is using, Pfizer and AstraZeneca, have both experienced supply problems in Europe. But U.K. Health Secretary Matt Hancock, who announced the new targets, said “we now think that we have the supplies” to speed up the vaccination campaign. 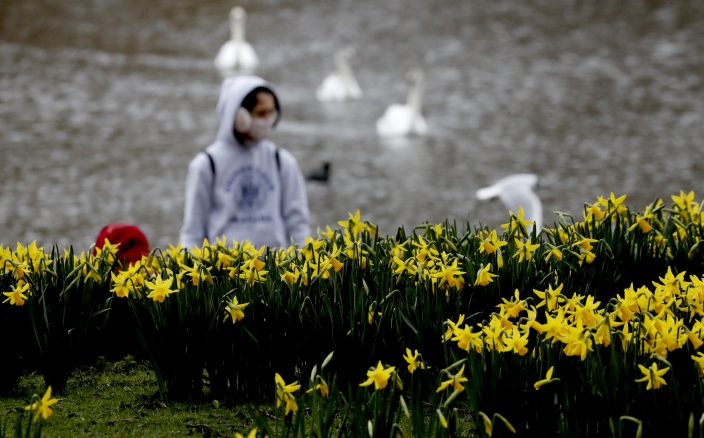 A pedestrian wearing a face covering due to the Covid-19 pandemic walks past blooming daffodils in a park in London, Friday, Feb. 19, 2021 as the lockdown in Britain continues. Britain has given a first vaccine shot to over 15 million people, almost a quarter of the population.(AP PhotoFrank Augstein)

The early success of Britain's vaccination campaign is welcome good news for a country that has had more than 120,000 coronavirus deaths, the highest toll in Europe. More than 17.2 million people, almost a third of the country's adults, have been given the first of two doses of vaccine since inoculations began on Dec. 8.

Britain is delaying giving second vaccine doses until 12 weeks after the first in order to give as many people as possible partial protection quickly. The approach has been criticized in some countries — and by Pfizer, which says it does not have any data to support the delay — but is backed by the U.K. government’s scientific advisers.

News of the new vaccine targets came as Prime Minister Boris Johnson met with senior ministers on Sunday to finalize a “road map” out of the national lockdown, a plan he is to announce on Monday. 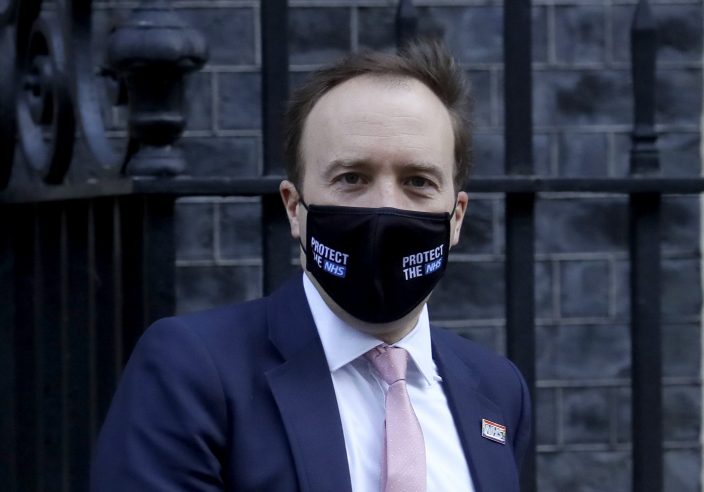 Faced with a dominant U.K. virus variant that scientists say is both more transmissible and more deadly, Britain has spent much of the winter under a tight lockdown. Bars, restaurants, gyms, schools, hair salons and all nonessential shops have been closed while grocery stories, pharmacies and takeout food venues are still open.

The government has stressed that economic and social reopenings will be slow and cautious, with nonessential shopping or outdoor socializing unlikely before April. Many children will go back to school beginning March 8 and nursing home residents will be able to have one visitor from the same date.

Johnson’s Conservative government has been accused of reopening the country too quickly after the first lockdown in the spring. 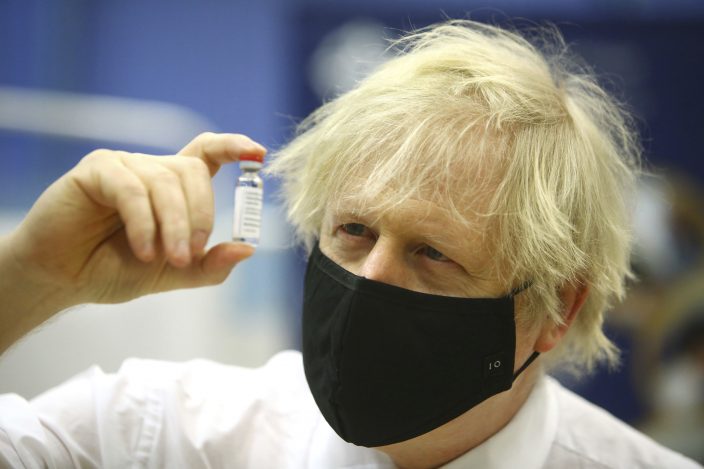 The number of new confirmed cases, hospitalization and deaths are all declining but remain high, and Johnson says his reopening road map would follow “data, not dates.”

But he is under pressure from Conservative lawmakers, who argue that restrictions should be lifted quickly to revive an economy that has been hammered by three lockdowns in the last year.

John Edmunds, a member of the government’s scientific advisory group, said British hospitals are still treating about 20,000 coronavirus patients, half the January peak but almost as much as height of the first surge in the spring. 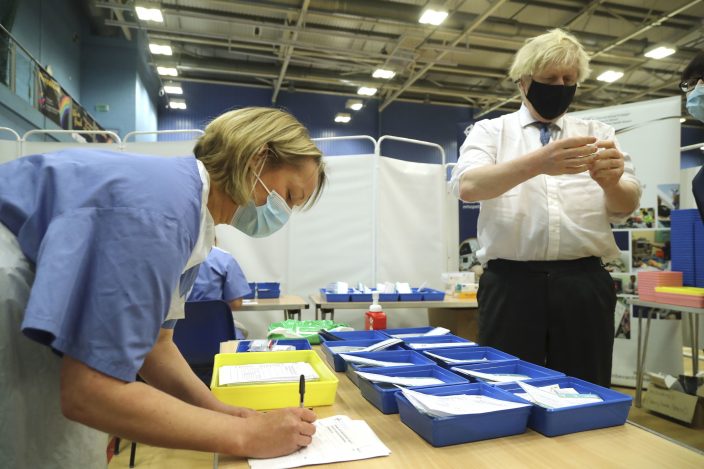 “If we eased off very rapidly now, we would get another surge in hospitalizations” and deaths, he told the BBC.

Edmunds said there is added uncertainty because of new virus variants, including one identified in South Africa that may be more resistant to current vaccines.

Hancock told Sky News that the government would take a “cautious but irreversible approach” to reopening the economy. 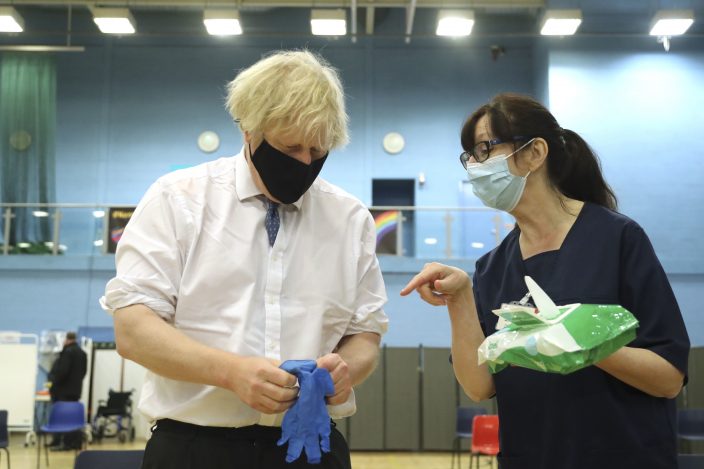 Britain's Prime Minister Boris Johnson speaks with health worker Wendy Warren as he puts on a pair of medical gloves during a visit to at a vaccination centre in Cwmbran, south Wales, Wednesday Feb. 17, 2021. (Geoff CaddickPool via AP) 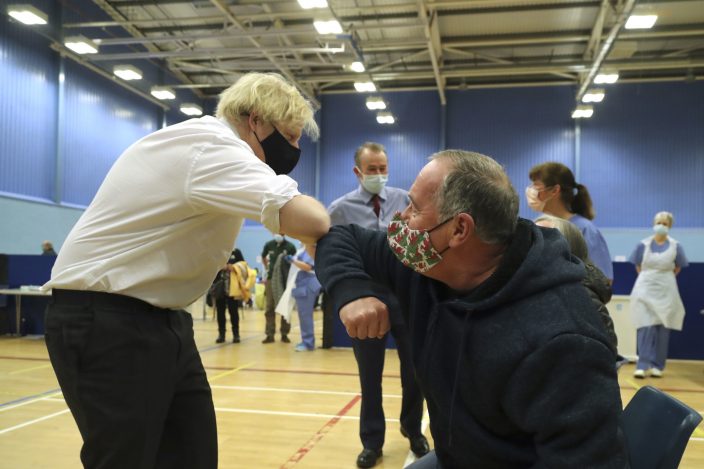 Pakistan's interior minister on We ...

UK bans travel from 4 more nations over virus; 39 in all