Iran will begin restricting the ability of United Nations nuclear inspectors to monitor Tehran's nuclear program. It's part of the Islamic Republic's efforts to pressure European nations and the U.S. into providing the sanctions relief it received under its collapsing 2015 deal with world powers.

Full terms of the restrictions remain unclear. But any limit on the ability of inspectors to keep track of Tehran's program raises the risks surrounding what has become one of the Middle East's most sensitive issues since then-President Donald Trump unilaterally withdrew America from the accord in 2018.

Meanwhile, an interim deal reached this weekend between Tehran and the International Atomic Energy Agency allowing inspectors to continue their work for up to three months will expire in the middle of campaigning for Iran's next president. That adds uncertainty for the West on who it will see across the table in any negotiations — and what they can expect. 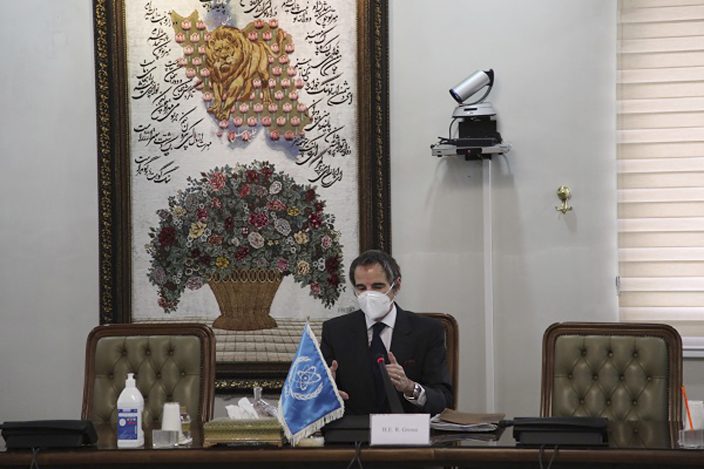 HOW IS IRAN LIMITING INSPECTORS?

Iran's parliament passed a bill in December requiring the government to limit its cooperation with the IAEA and push its nuclear program beyond the limits of the 2015 nuclear deal. After being modified by a constitutional watchdog under Supreme Leader Ayatollah Ali Khamenei, the bill became law. Iran then began enriching uranium up to 20% purity, a technical step away from weapons-grade levels, and spinning advanced centrifuges — things both barred by the deal.

Iran then threatened, citing the bill, to withdraw from its “Additional Protocol” with the IAEA, a confidential agreement granting the U.N. inspectors enhanced powers to visit facilities and watch Iran's program. IAEA Director-General Rafael Grossi traveled to Iran over the weekend to negotiate. 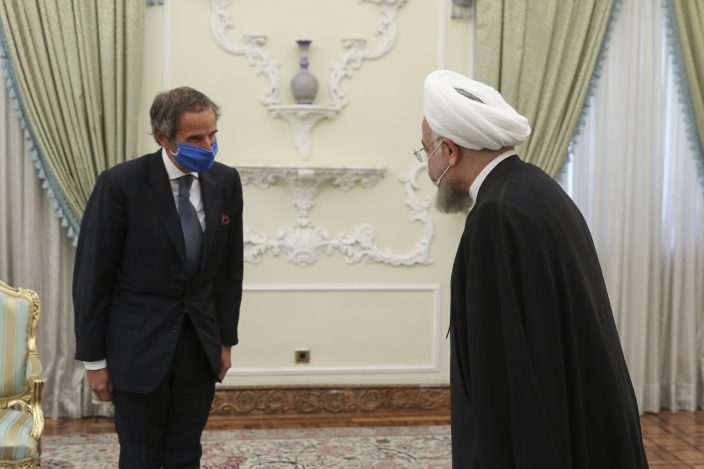 Grossi offered few details on how access was limited on his return to Vienna, though Iranian Foreign Minister Mohammad Javad Zarif said the IAEA would be blocked from accessing its network of surveillance cameras at nuclear sites. The Atomic Energy Organization of Iran, Tehran's civilian nuclear agency, published a statement early Monday in Farsi clarifying that it would keep the footage for three months, then hand it over to the IAEA if granted sanctions relief.

"Otherwise, it will be deleted forever," the agency said.

Grossi said the IAEA will continue to have the same number of inspectors on the ground. However, blocking access to IAEA cameras means the agency can't monitor Iranian actions when those inspectors aren't physically at a site.

The new agreement between the IAEA and Iran also affects inspectors’ ability to conduct so-called “snap” inspections of nuclear sites, Grossi said. The director-general suggested some form of such inspections would continue to be allowed, though “not the same” as before. He didn’t elaborate further and Iran hasn’t explained the change.

WHY IS IRAN DOING THIS?

After facing years of what the Trump administration described as a maximum-pressure campaign, Tehran now wants to leverage its own pressure on European nations and President Joe Biden, who has said he's willing to return to the nuclear deal. The sanctions it faces lock it out of international financial markets and bar it from selling its crude oil abroad. Iran's economy has cratered in the meantime as inflation remains unchecked and its rial currency suffers. The coronavirus pandemic has only worsened those woes.

So far, the first weeks of Biden's administration have seen him focus largely on U.S. domestic matters while signaling a willingness to redeploy American troops in the Mideast elsewhere to counter China and Russia. Restricting IAEA inspections, a cornerstone of ensuring Iran's nuclear program is peaceful, provides Iran a way to grab the West's attention.

WHAT DOES THIS MEAN FOR NEGOTIATIONS?

Iran insists it wants a return to the 2015 nuclear deal as is. However, provisions of the accord already have begun to expire, such as a restriction on Iran's ability to buy arms from abroad. That has worried Iran's Gulf Arab neighbors, who long have been suspicious of the Islamic Republic's regional intentions.

Biden, while saying he wants to return to the deal if Iran complies with its terms, also has pledged to counter what he described as “destabilizing activities” in the region.

Iran's ballistic missile program, its support of regional militias and other concerns were not part of the 2015 nuclear deal. The Obama administration at the time said it hoped the deal would lead to further agreements with Iran. Trump cited their absence in part as his decision to withdraw from the accord. Trying to bring that into negotiations — or trying to include Gulf Arab countries or Iranian archrival Israel in those talks — could derail them before they begin.

WHAT ARE THE RISKS?

The longer negotiations go on, the higher the likelihood the faces on Iran's side of the table will change. Iran faces a presidential election in June and a public disenchanted with President Hassan Rouhani and his allies who struck the accord. Rouhani, a cleric who is a relative moderate in Iran's theocratic government, is term limited from running again. While Khamenei has final say on all matters of state, those elected in Iran do affect the country's policy.

Without success at the negotiating table, Iran could bar IAEA inspectors or withdraw from the Nuclear Nonproliferation Treaty. North Korea, which now has nuclear weapons, is the only country to ever withdraw from the treaty. Iran long has insisted its nuclear program is for peaceful purposes. However, Iran’s intelligence minister warned in February that the West could push it toward building a nuclear weapon.

If Iran moves toward seeking an atomic weapon, that also could invite military action from Israel, which has twice bombed Mideast nuclear facilities in the past to block Iraq and Syria from obtaining the bomb. Already, an Iranian nuclear facility suffered a sabotage attack and a scientist was gunned down in an assault last year, incidents Tehran blamed on Israel.

Associated Press writers Amir Vahdat and Nasser Karimi in Tehran, Iran, and David Rising in Berlin contributed to this report.