In Florian Zeller’s “The Father,” Anthony, 80, in the grip of dementia, is a captain ready to go down with the ship. Overhearing his daughter and son-in-law contemplating a nursing home, he curses them as “rats” abandoning him. Pacing his London apartment in a bath robe, he mounts a noble resistance.

“I am not leaving my flat!” he shouts.

But if the battle lines are clear for Anthony, little else is. Every time Anthony leaves a room, when he re-enters, the light has shifted, the furniture is rearranged and sometimes even the people are different. In staging and perspective, “The Father” mimics the disorientation of dementia. Anthony, a regally theatrical man played by Anthony Hopkins, is an actor who every time he takes the stage, the scene has changed before him. Timelines, settings and faces are all kaleidoscoped by a splintered memory. His ship — his flat — might not even be his. 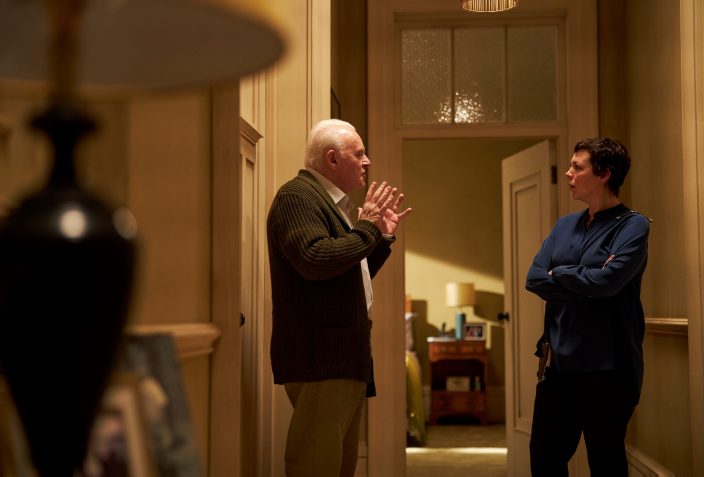 “The Father,” which opens in theaters Friday, is Zeller’s directorial debut but he’s a well-known French playwright and author who’s here adapting his own play, one that’s been put on around the world. (On Broadway, the father, named Andre, was played by Frank Langella. In London, it was Alfred Molina.)

Dementia is often seen on screen but usually from the viewpoint of an intimate watching their loved one recede away. Michael Haneke’s “Amour,” with Jean-Louis Trintignant and Emmanuelle Riva, which likewise remained set within an elegant apartment, gazed with a cold, clear eye on a great love violently fading.

Haneke’s film had larger reverberations because of its actors — both titans of French film approaching the end — and Zeller has likewise suggested — or rather insisted on — real-life echoes. Hopkins, 83, shares his character’s name, and “The Father” could be taken as a late, self-aware wail from a magnificent performer. Zeller has also cast Olivia Colman as Anthony’s caretaking daughter, Anne, and another Olivia, Olivia Williams, as who Anne sometimes appears to Anthony. 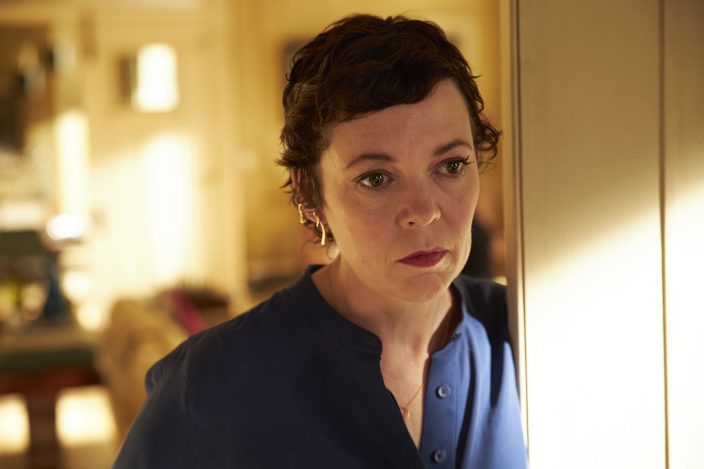 To me, these winks reinforced the feeling that “The Father” is a clever concept, not a profound film. Terrifically acted and finely crafted though it is, it’s a brilliant but hollow exercise in perspective that calls more attention to its artful orchestration than it does life or loss.

And yet, few, if any films, have so fully illuminated the nightmare and confusion of dementia. Rather than gawk at it, “The Father” puts us smack in the middle of Anthony's personal hall of mirrors. We are just as unmoored as he is, left to figure out what's real and what's not as scenes are played and then, with shifting details, replayed: Anne coming home with chicken for dinner; her husband, Paul (Rufus Sewell), sitting with the newspaper; an interview with a prospective nurse (Imogen Poots).

In every encounter, Anthony struggles for comprehension. He's doubtful when facts don't line up, and outraged when he's contradicted. Sometimes, pangs of realization seem to flit across his face when he's at a loss he can't resolve. The stranger he finds in the apartment tells him he's Anne's husband. The flat, the man tells him, isn't his. His wristwatch (another pun) keeps going missing. 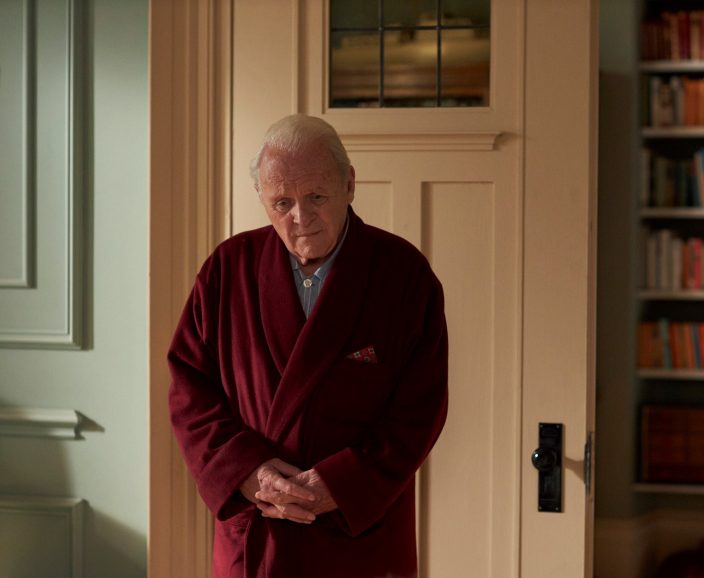 To see Hopkins play all these ever-fluctuating turns of mood is riveting. He has grasped, at least for a proud man like Anthony, how one's ego keeps fighting a battle it doesn't know is already lost. The resentment for a reality that won't cohere. “What is this nonsense?” asks Anthony, furious. For an actor so intense, so rigorously unsentimental, this is his Lear.

Yet “The Father” often feels like a clinical puzzle to work out. By the time the fog clears — for us, not Anthony — and the splices of memory become synced, a final scene pushes “The Father” into territory beyond the simulation of Anthony's condition. A late scene brings a rush of heartbreaking clarity. It clears up the specifics of Anthony's situation while also pondering what, perhaps, there's still to cling to when everything else slips away.

“The Father,” a Sony Pictures Classics release, is rated PG-13 by the Motion Picture Association of America for some strong language, and thematic material. Running time: 97 minutes. Two and a half stars out of four. 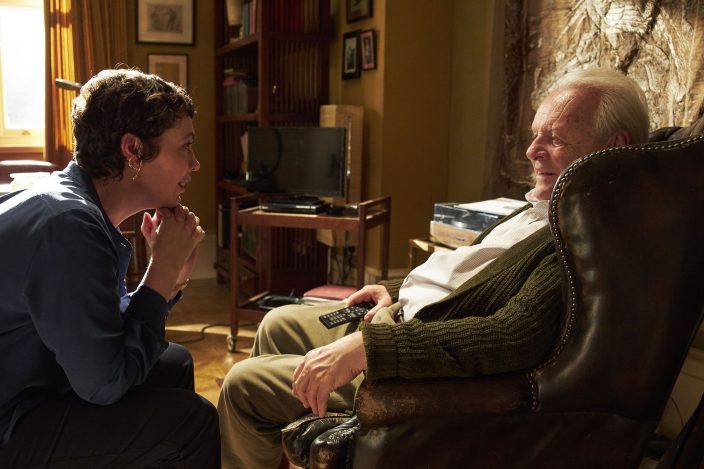