Stephen Curry welcomed fans back to Madison Square Garden with another big night in the building, scoring 37 points and leading the Golden State Warriors to a 114-106 victory over the New York Knicks on Tuesday.

Curry, who owns a 50-point game and a triple-double in the arena, returned from a one-game absence to make the tiebreaking 3-pointer with 3:38 left. He scored 26 points in the second half and added six rebounds and six assists.

This performance came in the first NBA game at Madison Square Garden with fans since the Knicks beat Detroit last March 8, days before the season was suspended as the coronavirus was about to begin pummeling New York. 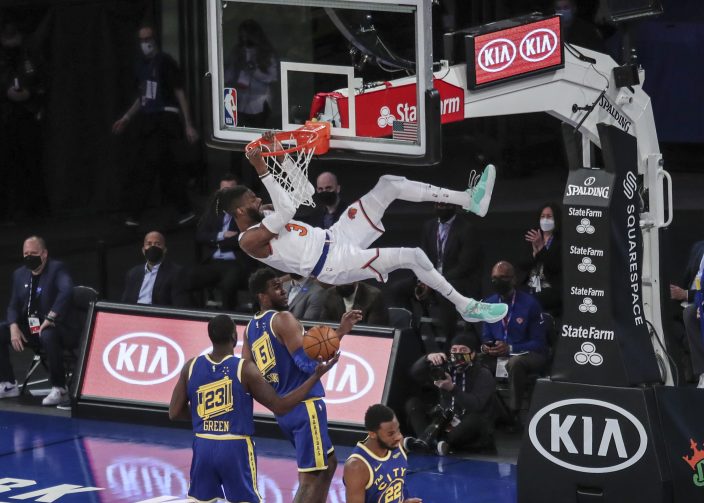 New York Knicks center Nerlens Noel hangs from the rim after a dunk against the Golden State Warriors during the first quarter of an NBA basketball game Tuesday, Feb. 23, 2021, in New York. (Wendell CruzPool Photo via AP)

Julius Randle went from the high of his first All-Star selection to the low of getting thrown out in the final seconds after picking up his second technical foul. He had 25 points, 10 rebounds and seven assists.

Gov. Andrew Cuomo allowed New York's arenas to open to fans at 10% capacity, which meant roughly 2,000 at Madison Square Garden. They greeted the Knicks with loud cheers early on, but there were the familiar noticeable groans after a turnover during a dismal stretch of the third quarter, when the Warriors opened a 13-point lead.

New York recovered from that and had the game tied at 97 before Curry's 3-pointer. He converted a three-point play about two minutes later to make it 105-100 and helped finish it off at the foul line. 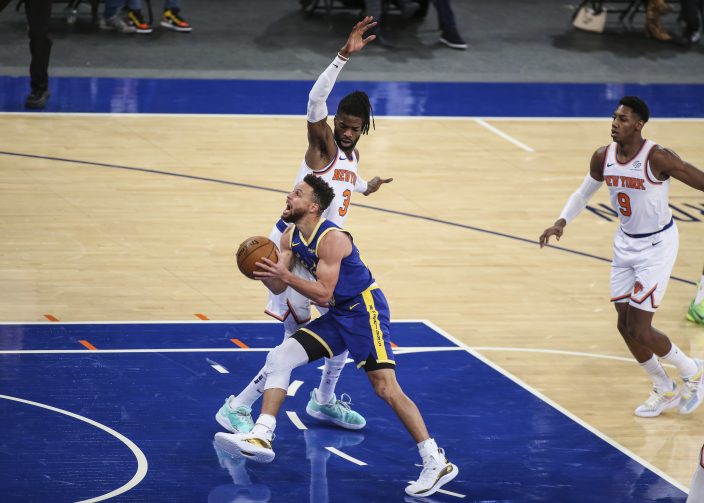 Kelly Oubre Jr. added 19 points and Andrew Wiggins had 16 for the Warriors, who got centers James Wiseman and Kevon Looney back from injuries and won for the first time after two rough losses on their four-game trip. They blew a 14-point lead in the fourth quarter and lost by four in Orlando, then fell 102-100 in Charlotte when Draymond Green got two technical fouls and was ejected in the closing seconds before Terry Rozier made a jumper at the buzzer.

Randle was the first Knicks player selected to the All-Star Game since Kristaps Porzingis in 2018. Randle addressed the crowd before the game, but the start of his remarks were drowned out by fans chanting “MVP! MVP!” 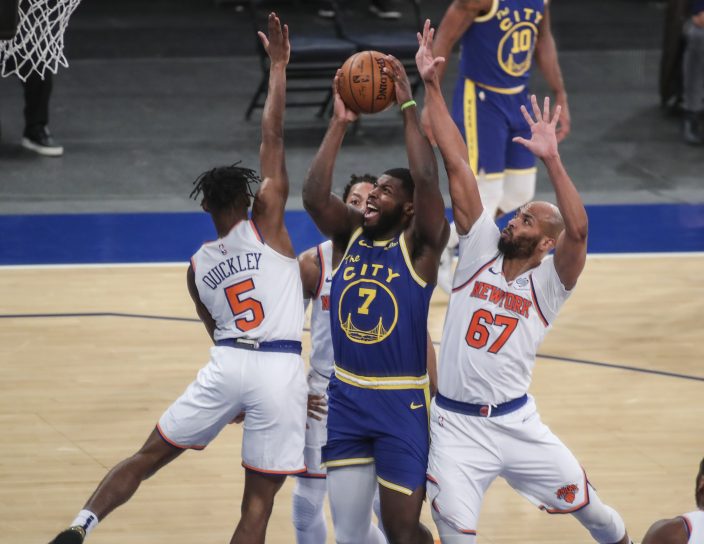 Warriors: Juan Toscano-Anderson, the forward on a two-way contract who had started the last 10 games while the centers were out, didn't play. ... Wiggins celebrated his 26th birthday.

Knicks: Elfrid Payton scored 20 points and Derrick Rose had 16. ... A message from Randle's mother congratulating him on his All-Star selection played during a timeout in the first half.

BACK IN THE BUILDING 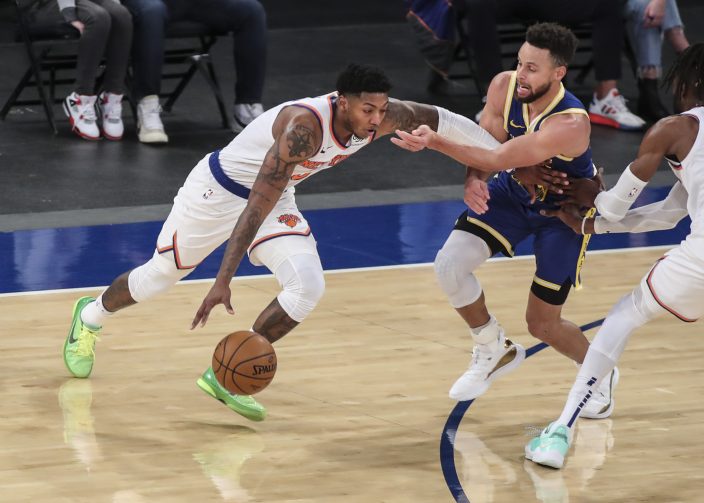 Knicks coach Tom Thibodeau called the return of fans “a first step back toward normalcy.”

“I think we all know what basketball means to this city, so we’re excited about it,” he said before the game.

Warriors coach Steve Kerr said there was a different vibe in the games the Warriors had played in front of fans. 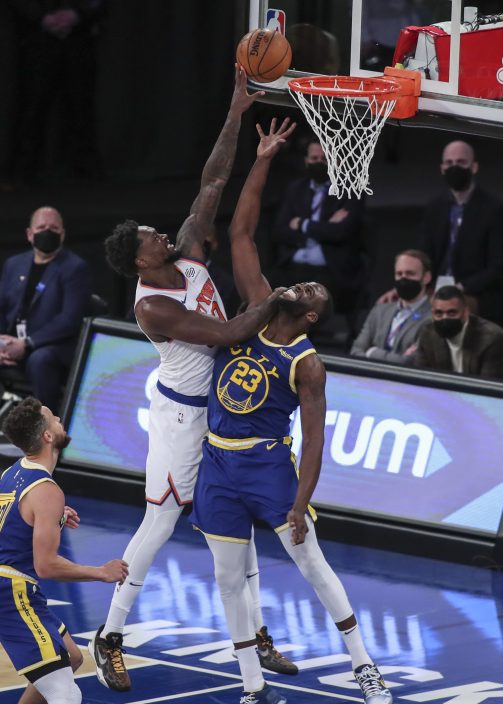 “Even just having a couple thousand fans makes a difference,” he said. “It just feels more normal, more real. The crowd noise actually shows up at the exact right time and not canned laughter like in a sitcom.”