The sheared-off front of the wrecked SUV told part of the story, and the officers on the scene filled in the rest. Tiger Woods was lucky to be alive, they said, thanks to modern safety technology and a big dose of good luck.

Alive and well, no. But alive nonetheless.

The good news — no, make that the BEST news — is that Woods seems on track to survive after being pried Tuesday from the SUV he wrecked in Los Angeles. That's despite injuries that are so severe — including multiple open fractures of his leg — that he will be convalescing a long, long time. 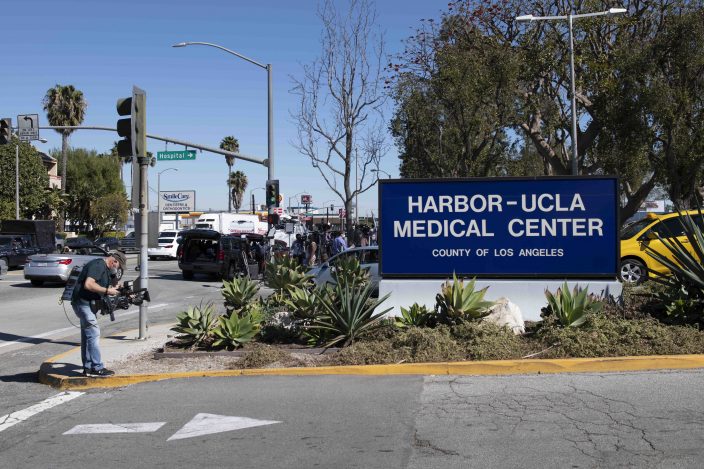 Members of the media gather outside an entrance to Harbor-UCLA Medical Center, Tuesday, Feb. 23, 2021, in Torrance, Calif., where golfer Tiger Woods was hospitalized there following a car accident. (AP PhotoKyusung Gong)

The other piece of good news was that there was no immediate sign that Woods was impaired at the time of the crash — a significant bit of information, of course, because of his past.

The bad news is that the career of the world’s greatest golfer — at least on the game’s biggest stages — is probably over.

Coming back from his recent back surgery to play again at the age of 45 was always going to be a problem. Woods himself said previously that Father Time remains undefeated and that his return to top level play wasn't guaranteed. 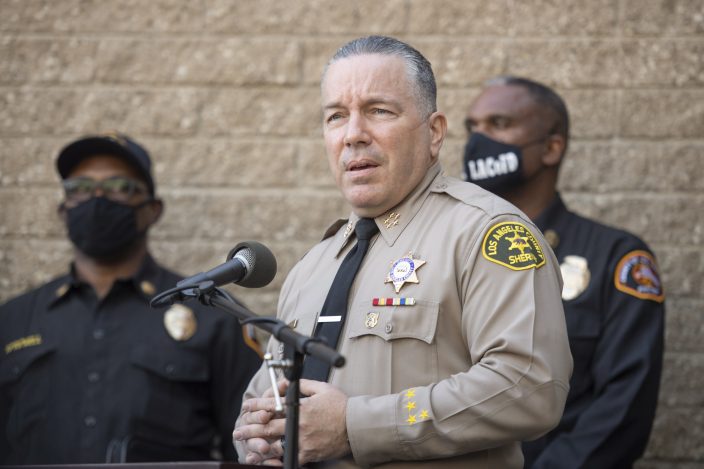 Combine that with the gruesome injuries from his crash and now it borders on impossible.

This isn’t Ben Hogan, coming back from a near fatal car accident in 1949 to win the U.S. Open next year. Hogan was nine years younger, hadn’t been through multiple back and knee surgeries, and didn’t have to try to swing his driver hard enough to hit it 350 yards to keep up with the other players.

Woods was fragile enough to begin with and there were already questions about whether he could return to play at a high level. He might share Hogan’s determination to overcome everything in front of him, but in the end there’s only so much he can do to mend his broken body.

That means Woods will never break the record of 18 major championship wins held by Jack Nicklaus. It means his fans will never be able to will him on to another win like they did at the 2019 Masters.

And it means golf will be a lot quieter for a long time to come.

The wreck on a downhill stretch of road in tony Rancho Palos Verdes was stunning, though it shouldn’t have come as a shock. It marked the third time in a dozen years that Woods has been taken from vehicles in various stages of distress, a disturbing pattern that began with his infamous Thanksgiving weekend 2009 encounter with his now ex-wife outside his Florida mansion.

Four years ago he was found passed out in his car on a Florida highway with the engine running and charged with a DUI that was later plea bargained down.

And now the questions are just beginning about how he managed to crash a brand-new Genesis SUV on a clear morning on the California coast — a wreck that sheriff deputies say he was lucky to escape alive.

Suddenly, the 2019 Masters seems like it was an awful long time ago.

Woods has done things over the years we couldn’t imagine on the golf course. I’ve been along for many of them, covering Woods from his first PGA Tour win in Las Vegas in 1996 as well as the Masters comeback win two years ago that was one of the great sports stories of our times.

He transitioned from young phenom to all-time great as the years and the wins piled up, only to be humbled by a scandal that cost him his marriage as well as a lot of fans. Then he came back to win his fifth green jacket in a storybook tale that might have made him more popular than ever.

Woods celebrated behind the 18th green that day by hugging his children, much as he celebrated becoming the youngest Masters champion ever in 1997 by hugging his father. Woods not only seemed to regain his game in the last few years but his ability to connect with others as he began smiling and signing autographs like it wasn’t the chore he made it out to be most of his career.

On Sunday he was at the Genesis Invitational at nearby Riviera Country Club as the tournament host. He couldn’t play because of his most recent back surgery just before Christmas but came on CBS to answer questions about whether he would be back in time for the Masters.

He won’t be there this year. The odds are he will never tee it up at Augusta National as a competitive player again.

The one sure thing is that golf won’t be the same without him. The game will survive, of course, but it’s hard to imagine it without the one player who transcended the sport.

The only thing that really matters now, though, is that Woods survived, too.

Column: Tiger positions himself for a major chase at PGA