SEOUL, South Korea — South Korea’s top infectious disease expert has warned that vaccines will not end the coronavirus pandemic quickly as the country prepared to give its first vaccinations this week.

Jeong Eun-kyeong, director of the Korea Disease Control and Prevention Agency, said during a briefing Wednesday it would take a “considerably long time” before the vaccination campaign brings the virus under control.

The country aims to vaccinate more than 70% of its population by November. But a safe return to mask-less normalcy is highly unlikely in 2021, considering various factors including the growing spread of virus variants, said Choi Won Suk, an infectious disease professor at the Korea University Ansan Hospital who joined Jeong at the briefing. 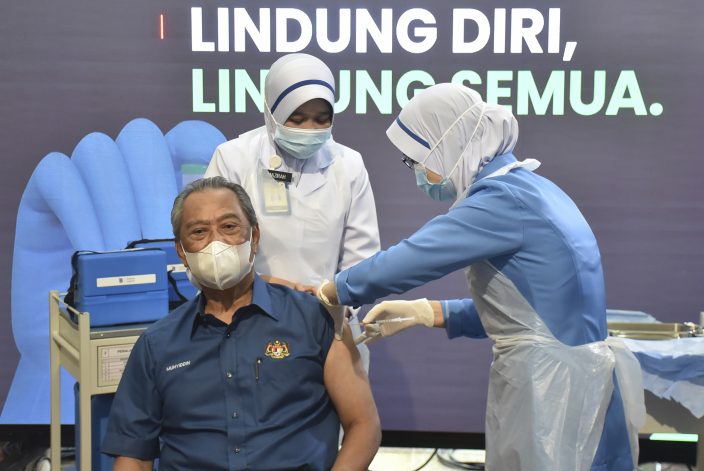 “We are concerned that people might drop their guard as vaccination begins, triggering another massive wave of the virus,” Jeong said.

South Korea on Wednesday began transporting its first available doses of vaccines that rolled off a production line in the southern city of Andong, where local pharmaceutical company SK Bioscience manufactures vaccines developed by AstraZeneca and the University of Oxford.

The country will kick off its mass immunization campaign on Friday by administering the Astra-Zeneca-Oxford vaccines to residents and employees at long-term care facilities.

Separately, some 55,000 doctors, nurses and other health professionals involved with treating COVID-19 patients will begin receiving shots of vaccines developed by Pfizer and BioNTech on Saturday.

JERUSALEM — Israel’s government has approved a nighttime curfew from Thursday until Sunday to prevent the spread of the coronavirus over the Purim holiday.

The Prime Minister’s Office and Health Ministry said in a statement Tuesday that a curfew from 8:30 p.m. until 5 a.m. would be in force starting Purim eve.

Purim, a Jewish holiday traditionally marked with public festivities and gatherings, begins Thursday at sundown. The holiday lockdown prohibits any large gatherings of more than 10 people indoors, concerts, parades or parties typical of the holiday’s observances.

Israel reopened its economy last week after a nearly two-month lockdown, the country’s third since the start of the pandemic, as new cases of COVID-19 began to gradually decrease. But recent days have seen a slight uptick in new infections, prompting the government to impose the new lockdown.

It has one of the highest immunization rates per capita, with over 4.5 million of its citizens having received at least one dose of the coronavirus vaccine.

MEMPHIS, Tenn. — More than 2,400 doses of COVID-19 vaccines in Tennessee’s most populous county went to waste while local officials sat on tens of thousands of shots they thought had already gone into arms, the state’s top health official announced Tuesday.

The Department of Health began an investigation over the weekend into a report that recent winter storms caused 1,000 doses to be tossed in Shelby County, which encompasses Memphis.

But Health Commissioner Lisa Piercey on Tuesday revealed that the problems were far more widespread. She said issues dating back to Feb. 3 included multiple incidents of spoiled doses, an excessive vaccine inventory, insufficient record-keeping and a lack of a formal process for managing soon-to-expire vaccines. A federal investigation is also expected.

As a result, Shelby County’s local health department will temporarily no longer be allowed to allocate the vaccine. Instead, Memphis city officials, hospitals, clinics and other pharmacies will handle the distribution. Meanwhile, the physical management of the vaccine will now be handled by hospital partners.