Milwaukee Brewers center fielder Lorenzo Cain has no regrets about opting out of nearly the entire 2020 season but realizes his long layoff could create some obstacles now that he’s back.

“Definitely the right choice, 100% it was the right choice,” the 2018 All-Star and 2019 Gold Glove winner said Wednesday from the Brewers’ spring training site in Phoenix. “No doubt in my mind. I would do it again in a heartbeat.”

Cain, who turns 35 on April 13, played just five games last year before sitting out the rest of the season. He was one of nearly 20 players to opt out, a group that also included Los Angeles Dodgers pitcher David Price and San Francisco Giants catcher Buster Posey. Nearly all are returning to action this spring. 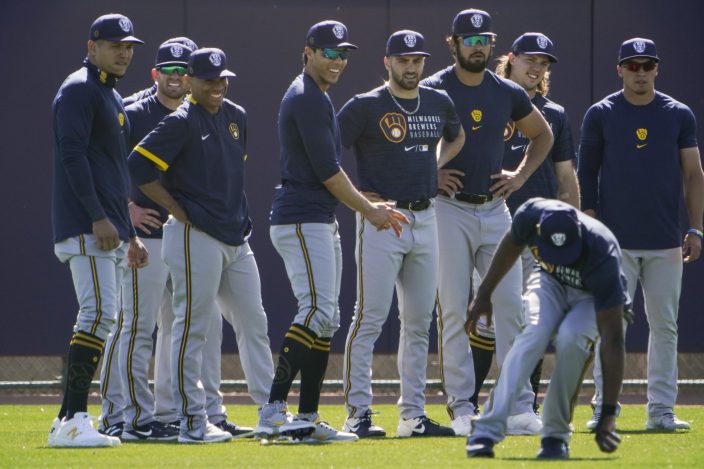 He said in August his decision resulted from concerns about the pandemic and from a desire “to get my life right with God.” Cain went into more detail Wednesday.

“I kind of put God on the backburner for the longest time,” Cain said. “I felt like I needed to make him my focal point and that’s what I strived to do throughout my time at home. I feel like I’ll continue to strive to do that throughout the baseball season as well.”

Cain says the extra time with his family helped them grow closer. Cain, who lives in Oklahoma, is married with three sons 3-6 years old. 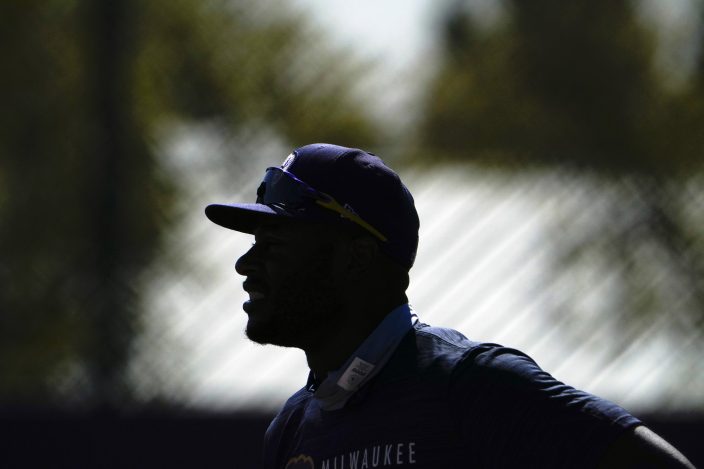 “Just spending that time together and watching them do certain things and grow, I just feel like we built a special bond that I definitely wouldn’t take back for the world,” Cain said.

But he realizes the difficult task ahead of him as he shakes off the rust after so much time away.

Cain said he went through “probably the toughest offseason” he’s encountered as far as working on his hitting. He didn’t get to hit much live pitching and said pandemic protocols prevented him from doing his usual offseason training at the University of Oklahoma.

“I know it’s not going to be easy,” Cain said. “I know it’s going to be tough. Taking a year off from anything, it’s tough to get back in the swing of things. But I’m up for the challenge.”

Cain’s importance to the Brewers is obvious.

Milwaukee signed Cain to an $80 million, five-year contract on Jan. 26, 2018, the day after acquiring outfielder Christian Yelich from the Miami Marlins. Milwaukee has made the playoffs every year since.

The Brewers are hoping the return of Cain and the addition of former St. Louis Cardinals second baseman Kolten Wong — a two-time Gold Glove winner — will give them exceptional defense while also upgrading a lineup that ranked 27th in runs per game last season.

“It’s incredibly significant how much better we’re getting defensively,” Brewers manager Craig Counsell said. “But then, look, Lorenzo is a player with presence. He’s a person with a presence. He doesn’t have to say a lot. His competitiveness on the field, it rubs off on everybody.”

The Brewers will need Cain and Yelich to fill a leadership void after declining to pick up the 2021 option on Ryan Braun, who has a franchise-record 352 homers.

Cain says he’s up to the challenge. He believes his time away can help in that regard.

“I feel like I grew as a dad, as a husband throughout that time” Cain said. “I feel like it’s going to help me be a better leader, definitely more vocal. I’m not the most talkative person. That’s something I’ve never been great at. Now, just being home and teaching my kids, and now that I’m back with my teammates, it helps me be more of a vocal leader instead of just on the field, showing them that leadership.

“Just being a complete leader is something I learned throughout that time I was home.”