President Joe Biden and his team are getting the numbers when wrong when they talk about the enormity of the mounting COVID-19 death toll and the looming climate change threat.

BIDEN: “Each day, I receive a small card in my pocket that I carry with me in my schedule. It shows the number of Americans who have been infected by or died from COVID-19. Today, we mark a truly grim, heartbreaking milestone: 500,071 dead. That’s more Americans who have died in one year in this pandemic than in World War One, World War Two and the Vietnam War combined.” — remarks Monday. 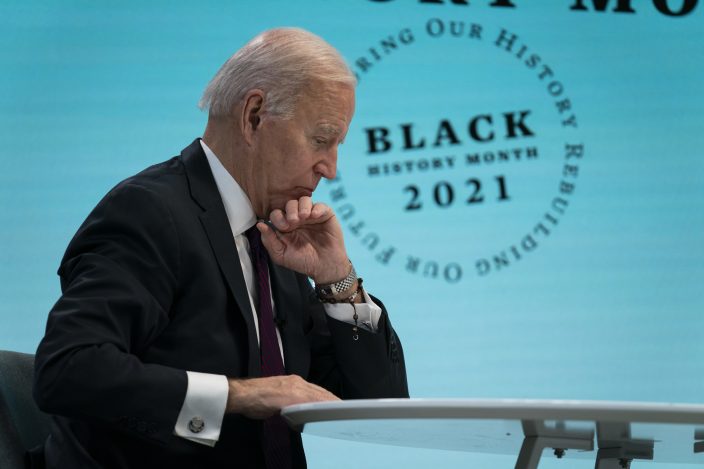 BIDEN: “As of yesterday, there are 500,071 people who have died from this — 500. That’s more people that died in World War One, World War Two and Vietnam combined, in a year — in a year.” — remarks Tuesday in roundtable with Black essential workers.

THE FACTS: His list of three wars is wrong. Based on conventional measures, coronavirus deaths in the U.S. currently do not exceed those from World War I, World War II and the Vietnam conflict.

According to the Congressional Research Service and the Department of Veterans Affairs, there were 116,516 U.S. deaths in World War I, 405,399 in World War II — which includes both battle deaths and other deaths in service but not in theater — and 58,220 in the Vietnam conflict. That adds up to about 580,000, exceeding the half million COVID-19 deaths as of Monday. 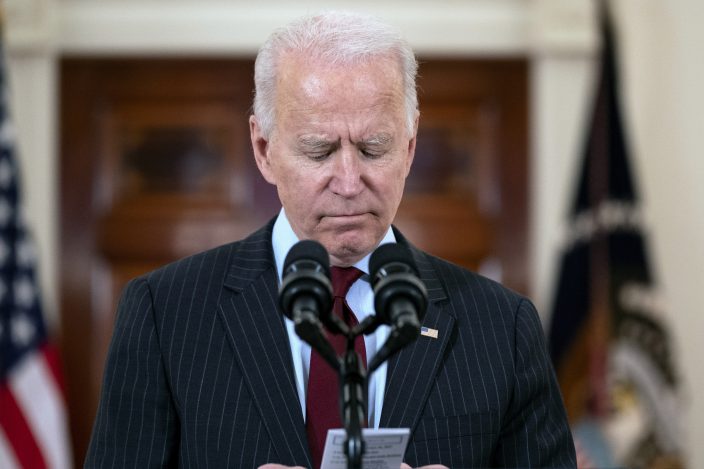 President Joe Biden reads the number of American that died from COVID-19 during a speech at the White House, Monday, Feb. 22, 2021, in Washington. (AP PhotoEvan Vucci)

The virus death toll instead all but matched the number of Americans killed in World War II, Korea and Vietnam combined. With 36,574 deaths in the Korean War, the total number of casualties from those military conflicts was 500,193.

Asked for Biden’s accounting, a White House official said Biden had meant in his speeches to say “combat” deaths in World War I, World War II and Vietnam — which totaled a more modest 390,000.

JOHN KERRY, Biden’s climate envoy: “Well, the scientists told us three years ago we had 12 years to avert the worst consequences of climate crisis. We are now three years gone, so we have nine years left.” — interview with CBS News on Feb. 19. 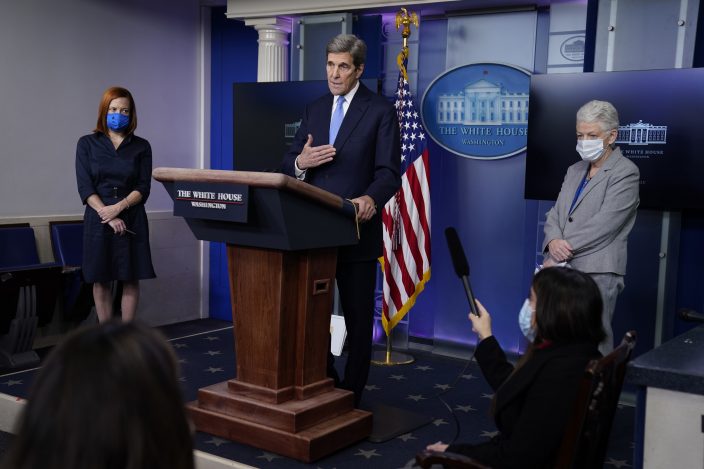 KERRY: “Three years ago, scientists gave us a stark warning. They said we have 12 years to avoid the worst consequences of climate change.” — virtual climate adaptation summit, hosted by the Netherlands on Jan. 25.

THE FACTS: He’s incorrect that 2030 is a drop-dead date to avert the “worst consequences” of climate change, though it's true that the planet will get progressively worse with each passing year. It’s not an all-or-nothing type of situation that his comments imply, according to climate scientists.

A report by the U.N. Intergovernmental Panel on Climate Change, drawn from the work of hundreds of scientists, uses 2030 as a prominent benchmark because signatories to the Paris climate change agreement have pledged voluntary emission cuts by then. The date is not a last-chance, hard deadline for action.

The report “did not ever say we had ’12 years left’ in 2018,” said Jim Skea, an IPCC co-chair and one of the report’s lead authors. He said Kerry and others are wrongly interpreting references to the year 2030 in the report, which was used as a goal post “for no other reason than it marked the transition from one decade to the next” and was when government pledges to cut emissions aimed to act.

Climate scientists certainly see the necessity for broad and immediate action to address global warming, but they do not agree that 2030 is a point of no return.

“Every bit of warming had consequences and there will be significant differences in impacts between 1.5 and 2 degrees warming,” Skea, an energy professor at Imperial College in London, said in an email.

“That being said, we do not ‘fall off a cliff’ at 1.5 degrees — it just gets progressively worse.”

Duke University Earth scientist Drew Shindell, another report co-author, said “Kerry isn’t wildly wrong, but is a bit overly focused on specific numbers.'' He said there is “nothing special about 12 years or 2030. If we cut emissions by 2029 or 2031 the necessary cuts would be similar, but we only had years that were even multiples of 10 to look at.”

Sidney Crosby and Bryan Rust each ...

AP FACT CHECK: Biden and his shifting goalposts on schools