James van Riemsdyk and Shayne Gostisbehere each scored a power-play goal and Claude Giroux had three assists in his return from a COVID-19 absence to lead the Philadelphia Flyers over the New York Rangers 4-3 on Wednesday night.

Chris Kreider scored a hat trick for the Rangers on three tap-ins in front.

Giroux, the Flyers' captain, sat out two weeks after testing positive for coronavirus and missed their loss Sunday to Boston at Lake Tahoe. The 33-year-old Giroux played as though he never lost a step during his layoff and helped set up goals for Erik Gustafsson and Gostisbehere in the first period to give Philadelphia a 2-1 lead. 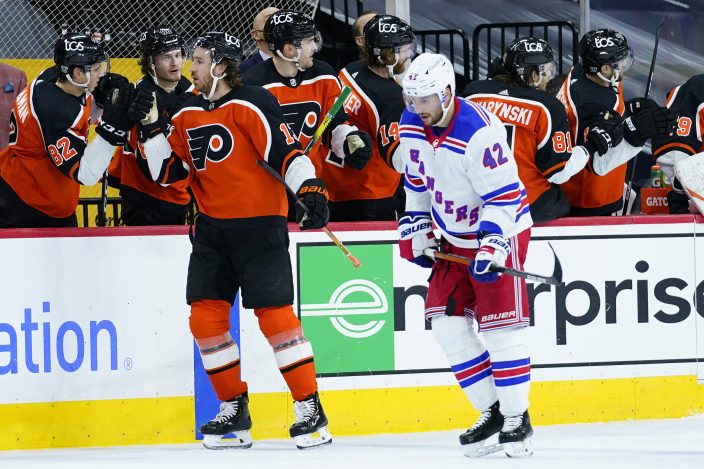 The Flyers counted on a return home to steady the team after they were humbled in a 7-3 loss to the Bruins and had dropped four of five overall. Carter Hart allowed six goals on 23 shots in the first two periods against Boston and hit the bench Wednesday night. Brian Elliott stopped 24 shots for the Flyers, who start a rugged stretch Saturday of six games in nine days — including three straight games at Pittsburgh.

Giroux’s return certainly helped depth issues — and his 903rd career game tied him with Bill Barber for most in the regular season with the Flyers.

Philadelphia still played without Jakub Voracek, Travis Konecny, Oskar Lindblom and Scott Laughton because of COVID protocols, while the Rangers had the same issue with K’Andre Miller and Kaapo Kakko. 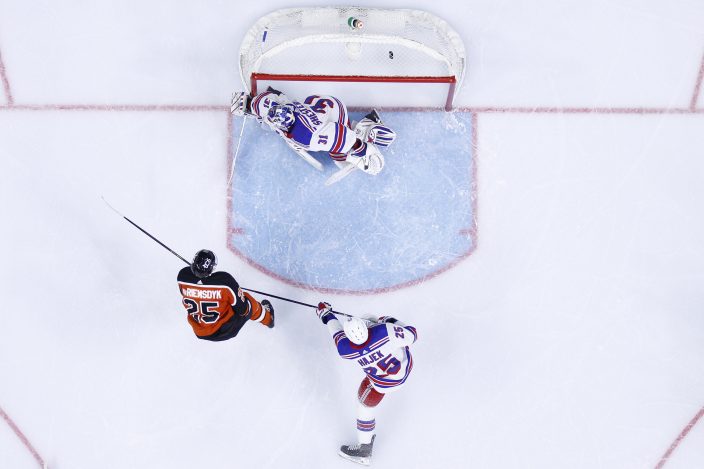 “We’d love to have all of our guys healthy and ready to go,” Rangers coach David Quinn said. “We’re no different than most teams in the league. We don’t have that luxury right now.”

The Flyers got an NHL-high seventh power-play goal of the season from van Riemsdyk to make it 3-1 early in the second. Giroux hit Hayes, who went top shelf against Igor Shesterkin to make it 4-2 late in the second.

The Rangers posted video of Kreider playing the piano and then watched him hit all the right notes in his third career hat trick and first since December 2016. 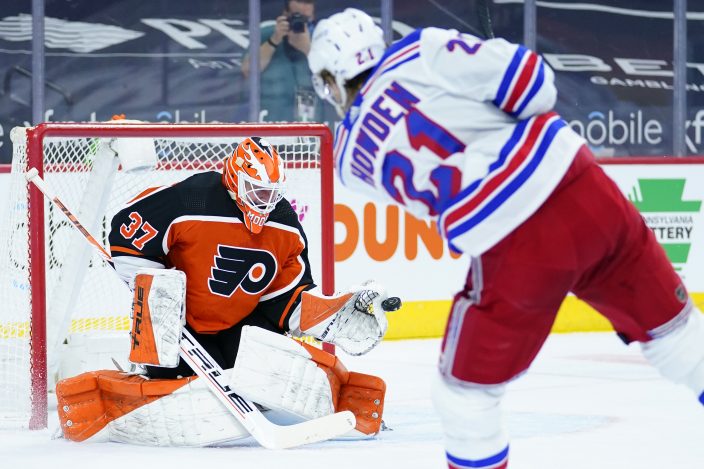 Kreider’s first two goals were on the power play and his third one (eighth of the season) made it 4-3.

The Rangers played without star winger Artemi Panarin, on a leave of absence for personal reasons. Panarin’s former KHL coach levied abusive allegations against Panarin. He has denied the accusations and believed the KHL coach made the claim because Panarin has been outspoken about Russian President Vladimir Putin. 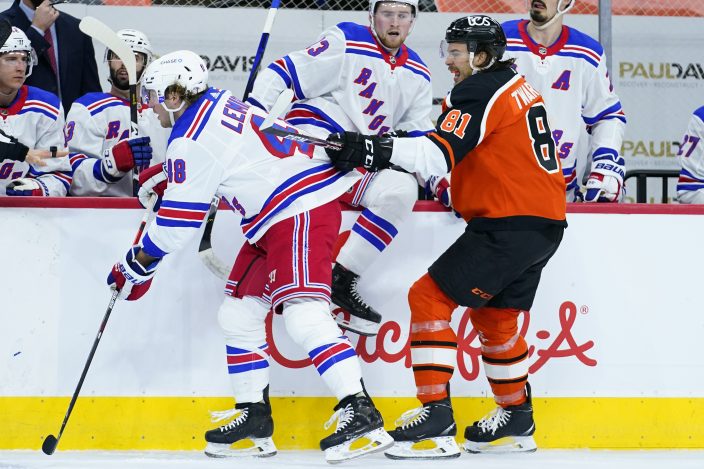 Quinn said he was “very, very confident” Panarin would be cleared and could soon rejoin the Rangers.

Flyers D Ivan Provorov set the NHL record for the most consecutive games played by a defenseman from the start of a career for the same team with 331. Former New York Ranger Dan Girardi held the mark at 330. 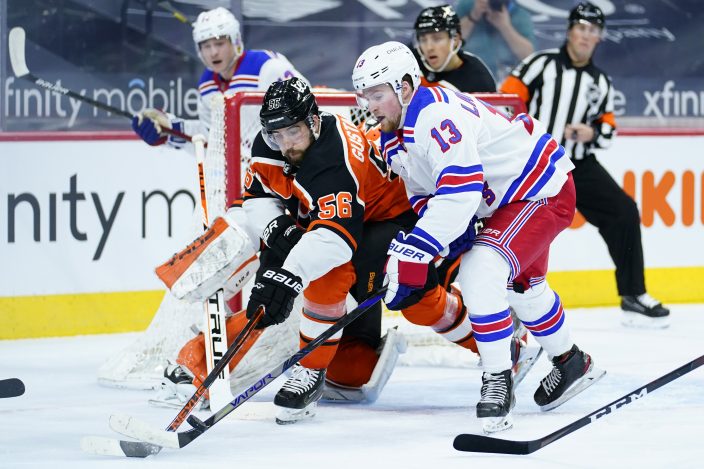 The Rangers host Boston on Friday on Sunday.

The Flyers play Saturday and Sunday at Buffalo.

The president of the ethnically di ...

Zibanejad has 3 goals, 3 assists in Rangers' rout of Flyers