Coco Gauff and Jil Teichmann have advanced to the Adelaide International semifinals after three-set wins on the Memorial Drive hard courts Thursday.

Teichmann had five match points in the second-set tiebreaker but was unable to close it out. The 23-year-old Swiss player was then forced to save two match points while trailing 5-4 in the third. 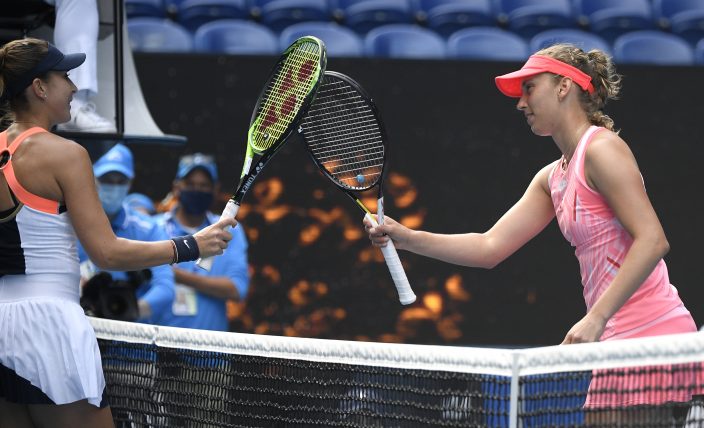 “It was a rollercoaster and what I felt was nerves,” Teichmann said. “It was a very tense match, very long rallies every time. Anastasija is a tough player and you have to play every point and every game, doesn’t matter if you’re serving or returning.”

Gauff has won five straight matches, including two in qualifying in Adelaide, since her second-round loss to fifth-seeded Elina Svitolina at the Australian Open.

She and Rogers had an extended rally in the ninth game of the third set, which Gauff won after setting up game point with an incredible cross-court return.

Gauff will play either Bencic or Sanders in the semis, and Teichmann will play the winner of the Swiatek vs. Collins match.

Curry passes Chamberlain for most points in Warriors hi ...