England was forced to make a late change to its team for the Six Nations match against Wales on Saturday after Courtney Lawes was ruled out by an injury in training.

Lawes was poised to continue at blindside flanker in Cardiff, only to get an unspecified injury during a full-blooded practice on Wednesday.

Mark Wilson took Lawes' place after being dropped for the victory over Italy in Round 2, while Jamie George returned at hooker in place of Luke Cowan-Dickie in the other change. 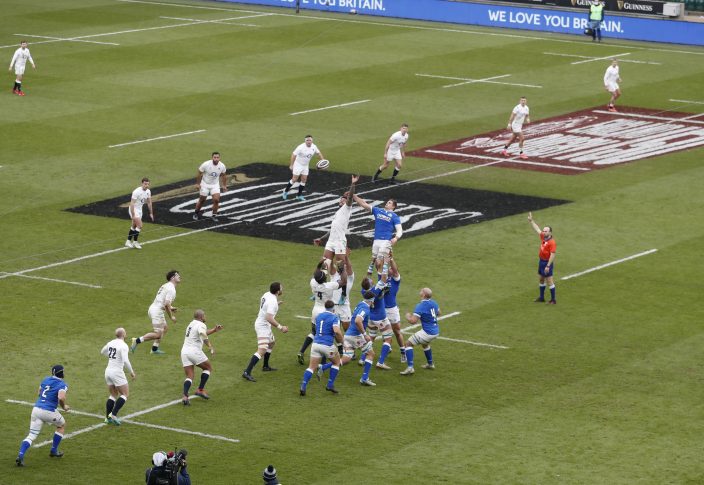 Wales was scheduled to name its team later Thursday.

Wales has won both of its games so far. England started with a loss to Scotland.

Masters is a win for Hideki Matsuyama, and for Japan