First in the Spanish league and then in the Copa del Rey, Barcelona and Sevilla will meet twice in five days with each team’s hopes in both competitions on the line.

Barcelona will visit Sevilla on Saturday with the team in third place, five points adrift of leader Atlético Madrid. Sevilla is a further two points behind in fourth, but with an extra game to play.

A win by Barcelona would lift it ahead of second-place Real Madrid before the defending champions play Real Sociedad on Monday. A victory by Sevilla would give the team hope of more than just a top-four finish and a Champions League berth. 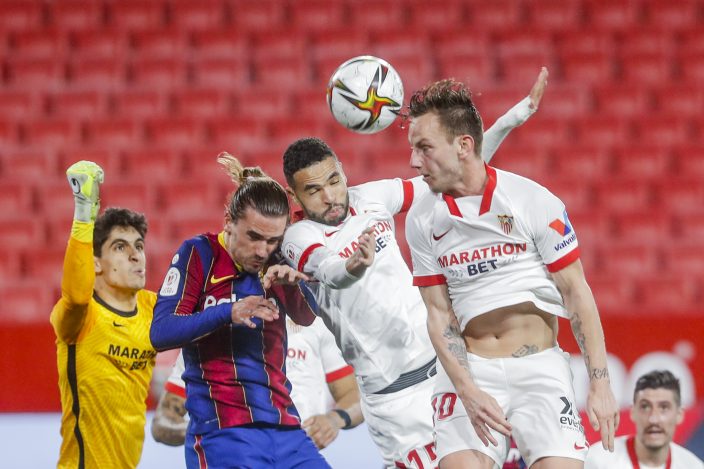 On Wednesday, the teams will reunite at the Camp Nou, where Barcelona will try to overturn a 2-0 loss at Sevilla in the second leg of the Copa del Rey semifinals.

Barcelona is coming off a 3-0 win over Elche on Wednesday, getting two goals from Lionel Messi. That victory came after the team had been beaten by Paris Saint-Germain 4-1 the Champions League and held to a disappointing 1-1 draw by Cádiz in the league.

Barcelona coach Ronald Koeman credited Messi for getting the team back on track with his second-half double after a lethargic performance from his team before halftime. 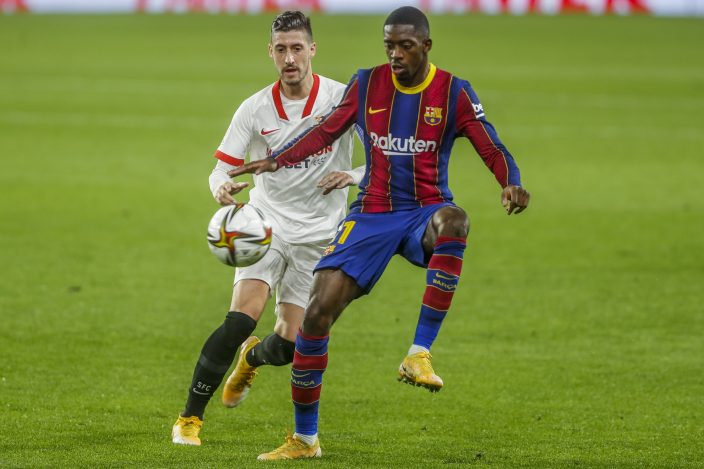 “When I talk about our veteran players, I don’t mean Messi because he keeps on scoring goals,” Koeman said. “We need other players to make the difference for us, not Messi.

“We need to end this bad patch by playing well and getting good results.”

Both teams have been in good form in the league despite setbacks in Europe. Barcelona is undefeated in 14 matches, while Sevilla has kept up a six-game winning streak despite a 3-2 loss to Borussia Dortmund in the Champions League last week.

With its solid defense and potent counterattack, Sevilla has had the upper hand in the two previous meetings with Barcelona this season.

The well disciplined team coached by Julen Lopetegui earned a 1-1 draw at Camp Nou in their first league encounter in October. Sevilla then beat Barcelona in the Copa del Rey two weeks ago, getting goals from defender Jules Kounde and former Barcelona midfielder Ivan Rakitic.

Sevilla playmaker Suso is doubtful for Saturday’s match after some pain in his hamstring kept him out of practice on Wednesday.

The key matchup is likely to be Messi against Sevilla goalkeeper Yassine Bounou. Messi has scored a league-leading 18 goals while Bounou has had five straight shutouts in the league and anchors a defense that has conceded only 16 goals all season — tied for the best in the competition with Atlético.

Atlético will visit Villarreal on Sunday on its worst run of the season.

The team lost to Chelsea 1-0 in the Champions League on Tuesday and has squandered its once commanding lead in the Spanish league after only one win from its last four games in the competition.

Sixth-place Villarreal has also struggled recently with five draws and one loss in its last six league games.

A study of the public's attitude t ...

Atlético sticking to match-by-match approach to stay ahead

Struggling Madrid visits Alavés without Zidane due to virus