The Latest on congressional testimony about the Capitol insurrection (all times local):

The acting chief of the U.S. Capitol Police says the agency’s incident command protocols “were not adhered to” on the day of the Capitol insurrection. 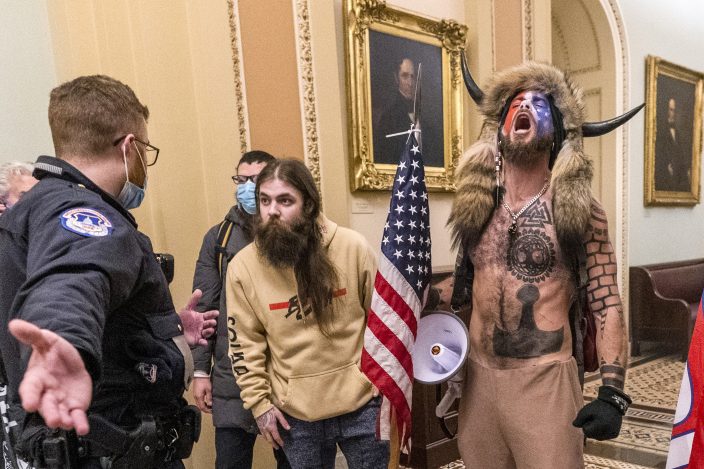 FILE - In this Wednesday, Jan. 6, 2021 file photo, supporters of President Donald Trump, including Jacob Chansley, right with fur hat, are confronted by U.S. Capitol Police officers outside the Senate Chamber inside the Capitol in Washington. Congress is set to hear from former security officials about what went wrong at the U.S. Capitol on Jan. 6. That's when when a violent mob laid siege to the Capitol and interrupted the counting of electoral votes. Three of the four testifying Tuesday resigned under pressure immediately after the attack, including the former head of the Capitol Police. (AP PhotoManuel Balce Ceneta, File)

Acting Chief Yogananda Pittman says commanders in charge of supervising the officers were supposed to be giving directions as the violent mob stormed the Capitol. But she says there was a “multi-tiered failure.”

Rep. Jaime Herrera Beutler on Thursday laid out a series of leadership failures at the U.S. Capitol Police as thousands of pro-Trump rioters stormed the Capitol while Congress was meeting to vote to certify Joe Biden’s presidential win over Donald Trump. Beutler says officers were operating without proper communication or strong guidance from the supervisors. 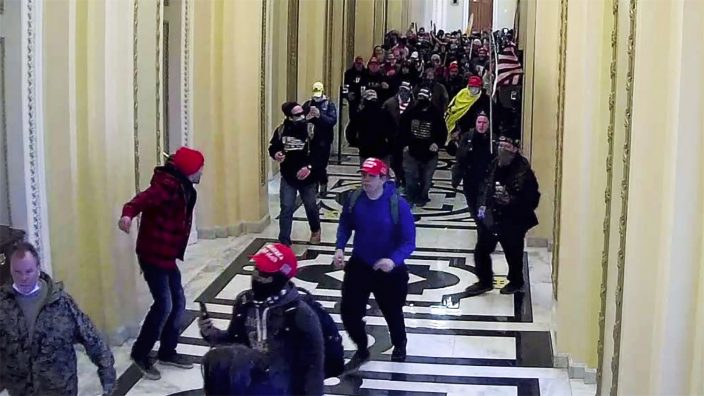 Five people died in the riot, including a Capitol officer.

HERE’S WHAT YOU NEED TO KNOW ABOUT SECURITY OFFICIALS TESTIFYING ON THE CAPITOL INSURRECTION:

Acting U.S. Capitol Police Chief Yogananda Pittman and acting House Sergeant at Arms Timothy Blodgett appear before a House subcommittee to discuss the deadly Jan. 6 insurrection. Lawmakers press them for answers about intelligence and procedural failures that allowed thousands of supporters of then-President Donald Trump to storm the Capitol.

HERE'S WHAT ELSE IS GOING ON:

The acting chief of the U.S. Capitol Police says cellphone records back up the account of former Chief Steven Sund that he repeatedly asked his superiors for National Guard help during the Jan. 6 insurrection.

Testifying before Congress Thursday, acting Chief Yogananda Pittman listed several times she says Sund called the sergeants-at-arms of the House and Senate as a violent mob was surging outside the Capitol building.

Sund and Irving disagreed earlier this week on when the chief asked for the Guard. Sund testified he requested the Guard at 1:09 p.m., while Irving denied receiving a call at that time.

The Guard didn’t arrive for several hours, leaving overwhelmed Capitol Police officers fighting rioters who in many cases were better armed than they were.

Five people died in the riot, including a Capitol officer.