Just when Bayern Munich seemed to be cruising to a record-extending ninth straight Bundesliga title, Leipzig came up with some other ideas.

The team coached by Julian Nagelsmann has cut the gap on the leaders from seven points to two over the last month, taking advantage of Bayern dropping points against Arminia Bielefeld and Eintracht Frankfurt following the Club World Cup.

Now Leipzig has a chance to overhaul Bayern this weekend. On Saturday, Bayern goes to Cologne looking to avoid going three Bundesliga games without a win for the first time since Hansi Flick took over as coach in 2019. Leipzig hosts Borussia Mönchengladbach later that day. 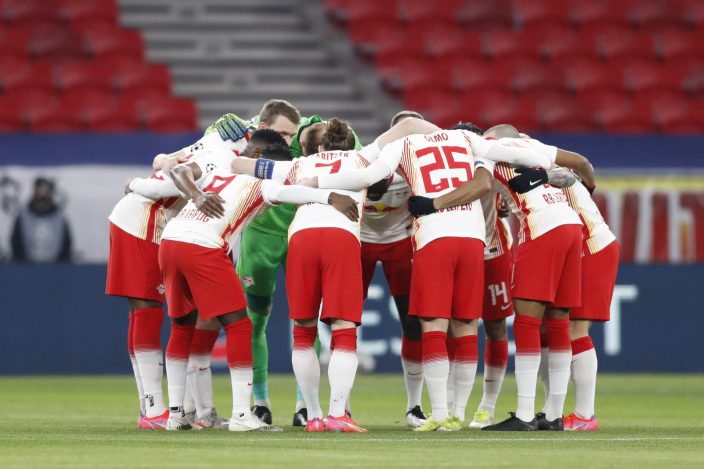 “FC Bayern Munich is currently the best team in the Bundesliga,” Nagelsmann said Thursday. “If you want to keep up with Bayern, you have to stay unbelievably consistent and you can't allow yourself to make a single mistake.”

Leipzig has a good record against Bayern. It's the only Bundesliga squad which Bayern has been unable to beat since Flick took charge. Their last meeting was a 3-3 draw in Munich in December.

Leipzig's quiet resurgence in the title race has been built on a solid defense and strength in depth, with scoring contributions from players in almost every position.

The team's leading scorer in the Bundesliga this season is midfielder Marcel Sabitzer with five. Compare that to Bayern forward Robert Lewandowski, who has scored a record-chasing 26 goals from 21 league games.

Leipzig has five more players with four league goals apiece, including left back Angelino, who has set up six more and whose loan from Manchester City has been made permanent. Dani Olmo, the Spanish midfielder who was signed from Croatian club Dinamo Zagreb last year, has three goals and seven assists in the Bundesliga this season.

Despite the defensive blunders which handed Liverpool a 2-0 victory last week in the Champions League, Leipzig's defense has actually been one of its most valuable assets this season. The team has conceded a league-low 18 goals, 13 fewer than Bayern. Only defense-first, third-place Wolfsburg comes close with 19.

The big name in the back line is Dayot Upamecano, who is joining Bayern next season after the Munich club met his release clause. But fellow center back Willi Orban has also been strong in defense as well as contributing four goals.

The loss to Liverpool, barring a dramatic turnaround in the second leg on March 10, could also end up helping Leipzig's title chances by cutting back on the number of matches it has to play. Bayern, meanwhile, is all but assured of a spot in the Champions League quarterfinals after beating Lazio 4-1 on Tuesday.

Leipzig should have an advantage on Saturday after having the week to recover while Gladbach traveled to Hungary to play Manchester City. Gladbach also lost 2-0.

There's another possible positive for Leipzig. Hungary winger Dominik Szoboszlai joined Leipzig in January after a strong Champions League campaign for sister club Salzburg, but he arrived with a muscle injury and has yet to play a minute for his new club. If he recovers in time to make a meaningful contribution, Leipzig could be even harder to beat.

Leipzig in empty stadium as virus bites back in Bundesliga