Snowboarder Maurice Kervin glided into the snow along the steep terrain in the Colorado backcountry like he's done so many times.

There was no warning for what happened next as he glanced over his shoulder: a rush of snow swiftly heading his way.

Caught in an avalanche last month, the 25-year-old deployed his airbag to help stay on the surface of the snow debris and rode out a slide large enough to bury a house. Once he finally — and safely — stopped, Kervin let out a powerful scream. 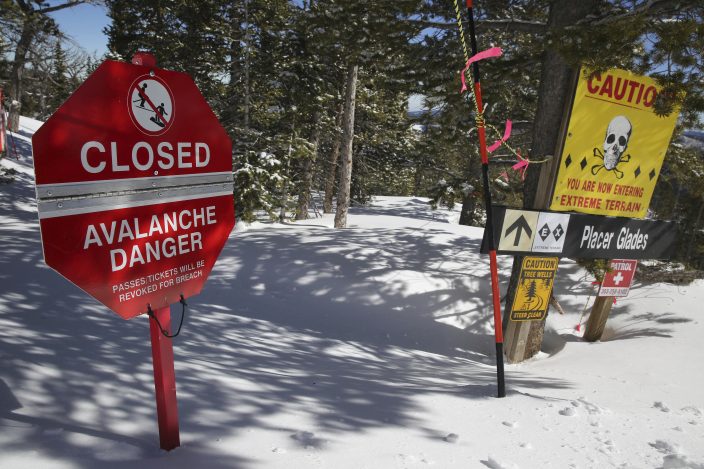 FILE- In this Feb. 26, 2014, file photo, a sign alerts skiers to danger on Corona Bowl, known for its extreme skiing, at Eldora Mountain Resort, near Nederland, Colo. This has been an highly dangerous avalanche season, with 30 confirmed fatalities. It's involved different recreational activities — snowboarding, skiing, snowmobiling, hiking — and includes various ages and experience levels. A warning from avalanche experts for anyone venturing into the backcountry: The threat of slides may only be growing worse. (AP PhotoBrennan Linsley, File)

“Just raw emotion,” he explained. "Happy to be alive.”

This has been an historically dangerous avalanche season, with 32 confirmed fatalities so far, primarily in the West. The accidents have involved different recreational activities — snowboarding, skiing, snowmobiling, hiking.

Avalanche experts are warning the threat of slides in the backcountry may only be growing worse due to a particularly unstable sort of snowpack that's only seen about once a decade. 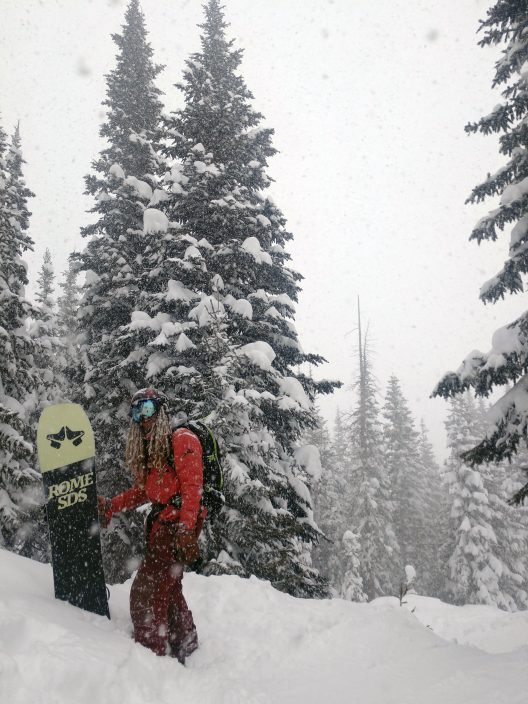 In this photo provided by Breezy Visin, snowboarder Maurice Kervin is shown at the Wolf Creek Ski Area near Pagosa Springs, Colo., Tuesday, Jan. 26, 2021. Caught in an avalanche last month, the 25-year-old deployed his airbag to help stay on the surface of the snow debris and rode out a slide powerful enough to bury a house. Once he finally — and safely — stopped, Kervin let out a piercing scream. (Breezy Visin via AP)

“I hope I’m wrong and we’re out of this cluster,” said Simon Trautman, a specialist at the U.S. Forest Service's National Avalanche Center. “But it won’t be because the conditions are changing. The danger isn’t going away. People’s decisions may change or the number of people in the backcountry may change because of the information but the conditions will not be the driver to get us out of this.”

Here’s why the conditions are so unstable in the West, where all but one of the fatalities have occurred: Early fall snow was followed by a long dry period, creating a weak layer of snow. Strong storms in late January covered and preserved this weakness, making the conditions in parts of the backcountry look as enticing as ever — but with unsteady snow just waiting to crumble.

In the time of a pandemic, too, with more recreational enthusiasts having the opportunity or desire to retreat into the backcountry.

FILE - Mountain Rescue personnel work to free the body of an avalanche victim at the base of the Five Fingers Bowl near Aspen, Colo., in this March 6, 2005, file photo. This has been an highly dangerous avalanche season, with 30 confirmed fatalities. It's involved different recreational activities — snowboarding, skiing, snowmobiling, hiking — and includes various ages and experience levels. (AP PhotoThe Aspen Times, Paul Conrad, File)

Among the deaths this season have been 15 skiers, eight snowmobilers, four snowboarders and four snowshoers/climbers/hikers. There were 15 confirmed fatalities from slides between Jan. 30 and Feb. 7, which experts say was the most in a seven-day period since 1910.

The 10-year average for people killed in avalanches around the U.S. hovers around 26 per season, according to Ethan Greene, the director of the Colorado Avalanche Information Center. He said accidents decrease in May, but they have occurred in every month.

Colorado has reports of 11 killed by avalanches this season, the most of any state. Utah saw its deadliest avalanche in about 30 years earlier this month when four backcountry skiers in their 20s died, while another four dug themselves out of the 1,000-foot (300-meter) slide in Mill Creek Canyon, just outside of Salt Lake City. 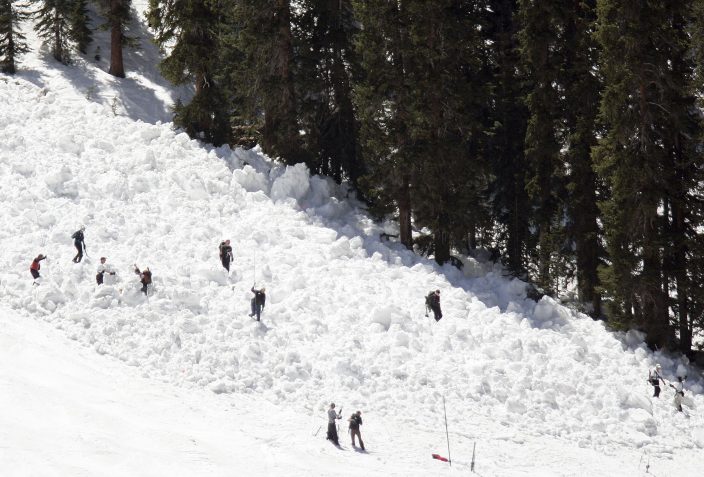 FILE - Members of the Summit County Rescue Group search the slide area on the Pallavicini trail at Arapahoe Basin Ski Area, after an avalanche killed a 54-year-old Colorado man in Breckenridge, Colo., in this Friday, May 20, 2005, file photo. A warning from avalanche experts for anyone venturing into the backcountry: The threat of slides may only be growing worse. (AP PhotoChris Doane)

Avalanche experts closely examine the accident reports and study the photos, looking for links to tie all these deadly slides together.

Really, though, they have nothing in common except maybe the unpredictability of the snowpack, which can be affected by windstorms shifting and piling snow atop weak layers and, of course, the ever-changing weather conditions.

Jeff Deems is a research scientist at the National Snow and Ice Data Center whose studies focus on using technology to map the spatial distribution of snow slabs and avalanche occurrence. He applies laser scanning methods to help ski patrols and highway departments understand snow accumulation patterns in avalanche zones. That assists in applying mitigation tools such as explosives, which are used to control the release of snow in high-risk avalanche areas.

Ski areas have long tried to minimize potential avalanches within their boundaries by actively triggering them. For anyone who’s been at a place like Colorado’s Loveland Ski Area this is not an unfamiliar sound: the echo of an explosion that’s targeting danger-prone areas on wind-blown peaks along the Continental Divide.

In the backcountry, it’s all up to the individual to be on alert.

“What I’m seeing these days is a pretty widespread avalanche problem that is unusual in its severity, at least in Colorado,” said Deems, who is also an avid backcountry skier. “The avalanches running on that weak layer are unusually broad and behaving in ways that are outside most people’s normal experience.”

There are around 65 public avalanche forecasters throughout the U.S who keep a close watch on the mountain snowpack and weather to provide daily avalanche forecasts for high-use recreational areas. These forecasts assist with the North American Avalanche Danger Scale, a color-coded system that determines the likelihood of a slide. It ranges from green (low danger) to black (extreme danger).

When Kervin was caught in a slide near Loveland Pass on Jan. 8, the avalanche warning in that area was yellow — moderate.

He had all the recommended avalanche gear, including a locator beacon (should he get buried), shovel and airbag. In all, he carried about 30 pounds of lifesaving equipment in his backpack.

There was no low rumble or sudden “whumpf” to warn him that day. Just the crumbling terrain.

His thought while caught in the slide was "stay afloat, don’t get hurt,” said Kervin, whose friend was able to keep watch on him from a safe location above the slide.

He's ventured into backcountry nearly every day since the slide — always careful.

“Saying that people shouldn’t go into the backcountry I think is sort of like saying that you shouldn’t go to a big city because you’re afraid of getting mugged,” Greene said. “There are lots of different dangers out there. You can navigate these hazards.”

“It’s really important to recognize that even through education and through new technology and equipment and better understanding of snow science, we have not taken the risk out of backcountry skiing,” Ballinger said. “We have to understand this risk.

"Even when you do everything right, it might go wrong.”