Rebel Wilson is going to the dogs. And it’s not the first time.

The Australian actress comes from a family with a long history of handling and grooming dogs and will return to her roots as host of ABC’s “Pooch Perfect,” an eight-episode series featuring 10 dog groomers and their assistants competing in challenges.

She said Thursday that her great-grandmother began a beagle club in Australia and that her mother judges dog shows internationally. As a child, Wilson traveled in her family’s yellow van to shows and sold grooming products despite being allergic to dogs. 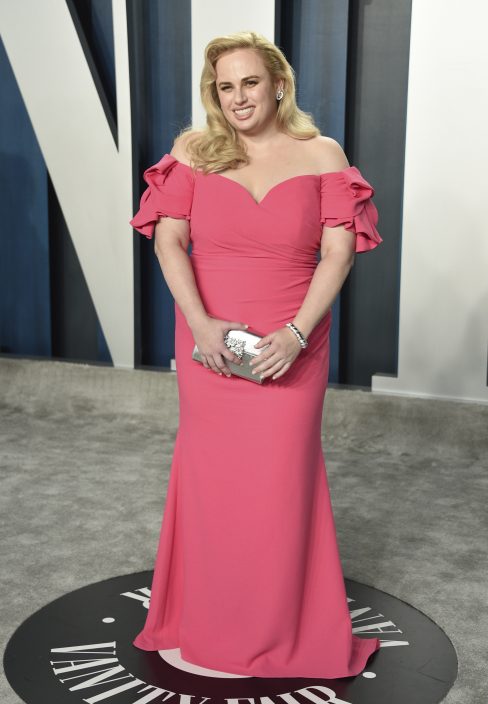 FILE - In this Sunday, Feb. 9, 2020, file photo, Rebel Wilson arrives at the Vanity Fair Oscar Party in Beverly Hills, Calif. Wilson returns to her roots as host of ABC's “Pooch Perfect,” an eight-episode series featuring 10 dog groomers and their assistants competing in challenges. The show, which debuts March 30, 2021, is based on an Australian version. (Photo by Evan AgostiniInvisionAP, File)

“My mom was devastated when I chose not to continue the family legacy,” Wilson said in a virtual call with the Television Critics Association. “When I told her I wasn’t going to continue in the family business and try to be an international movie star, she cried. I had to tell her in a public place so she wouldn’t do anything too crazy.”

In the show, Lisa Vanderpump, dog groomer Jorge Bendersky and veterinarian Callie Harris will vote on creations from dog groomers and one team will be sent back to the doghouse — or eliminated — each week.

The remaining teams square off in a grooming transformation. The top three teams will compete for $100,000. The show debuts March 30 and is based on an Australian version.

“Pooch Perfect” is Wilson’s first project after undergoing her own transformation. She lost 60 pounds during her self-proclaimed year of health last year.

“I’ve been showing it off on Instagram a bit too shamelessly,” she said. “I get two looks per episode, and I like to work with my stylist and show off the new physique because still single. So this is my prime-time opportunity to just really put it out there.”

Wilson worked without a studio audience because of the COVID-19 pandemic. Instead, the seats are filled with stuffed animals.

“I do try to bring the comedy in the show,” she said. “I also do what's called ‘dogography' in the show, which is a new term I invented. We dress the PAs (production assistants) up in dog costumes, and I work out little dances. I tried to lighten it up.”