A grand jury’s decision not to indict officers involved in a fatal encounter with an unarmed Black man illustrates a hard reality for a special unit created to investigate deaths at the hands of police: Few of the probes overseen by New York’s attorney general have led to charges against officers.

The Daniel Prude case marks the third time a grand jury has declined to bring charges in a case handled by the Special Investigations and Prosecutions Unit, created in 2015 amid an outcry over police skirting punishment in the deaths of unarmed Black people. The unit has yet to win a conviction.

Still, legal experts credit it for dispelling the secrecy that surrounded police prosecutions in New York and for avoiding potential conflicts of interest between local district attorneys and police. And they note that it is more common than not for prosecutors to run into obstacles when pursuing charges against police. 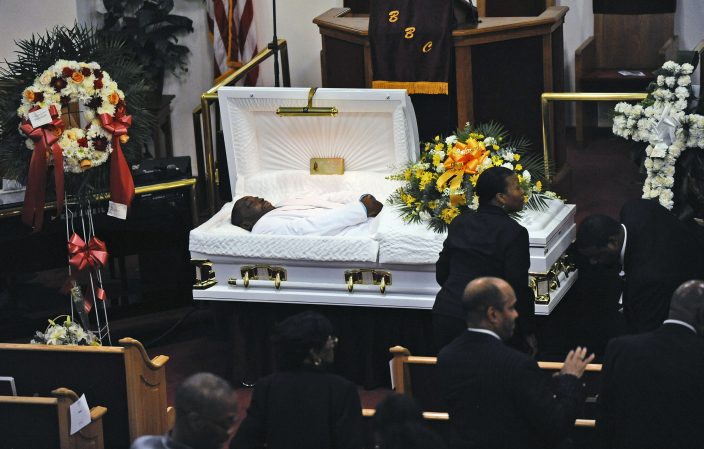 FILE - In this July 23, 2014, file photo, Eric Garner's body lies in a casket during his funeral at Bethel Baptist Church in the Brooklyn borough of New York. New York Attorney General Letitia James' inability to secure charges against Rochester police officers shown on video holding Daniel Prude to the pavement until he stopped breathing shows the difficulty in prosecuting officers who use deadly force. (Julia XanthosNew York Daily News via AP, Pool, File)

“We’ve just seen this over and over again across the country,” Philip Stinson, criminal justice professor at Bowling Green State University, said after the grand jury's decision in the Prude case was announced Tuesday. “These types of cases seem to be ones where the grand jurors demand probable cause and they’re seemingly suspicious of prosecutors’ motives and just unwilling to second-guess the split-second decisions of police officers in potentially violent or violent street encounters.”

The unit was created by an executive order from Gov. Andrew Cuomo in 2015, seven months after a Staten Island grand jury declined to indict the New York City police officer involved in Eric Garner's chokehold death. Garner's dying gasps of “I can’t breathe” inflamed the national debate over race and police use of force.

“We organized the fight for the executive order because we wanted to prevent other families from going through the pain and suffering and challenges we had to go through,” said Constance Malcolm, the mother of Ramarley Graham, an unarmed Bronx teenager who was fatally shot in his home by a police officer in 2012. 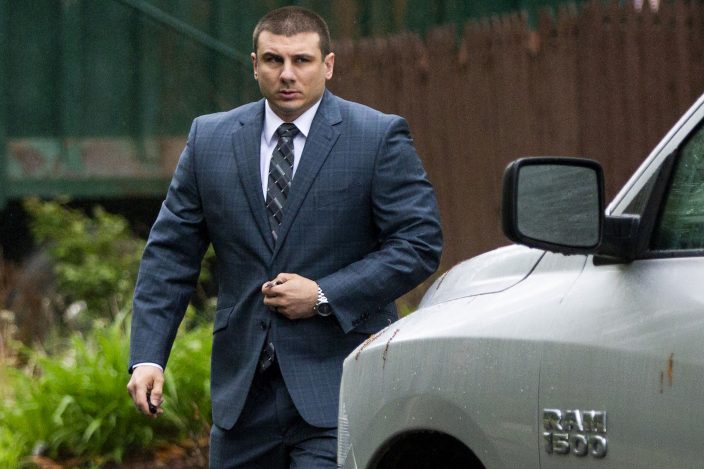 Malcolm said the lack of prosecutions has been disappointing. She said the unit should be more aggressive about bringing charges, for the sake of the families seeking justice.

Since its inception, the unit has taken on 43 cases involving civilians who were fatally shot, died in police custody, collapsed after a scuffle or were struck by police vehicles. It has brought murder charges against two officers, but most of its investigations haven't resulted in prosecutions. Officers are legally allowed to use deadly physical force if they reasonably believe it’s necessary.

The unit is currently handling a homicide charge against a New York City police officer accused last May of shooting a childhood friend while off duty. Also, a grand jury in December voted to indict a police officer on an assault charge in the 2019 death of a mental health detainee in the upstate city of Elmira. 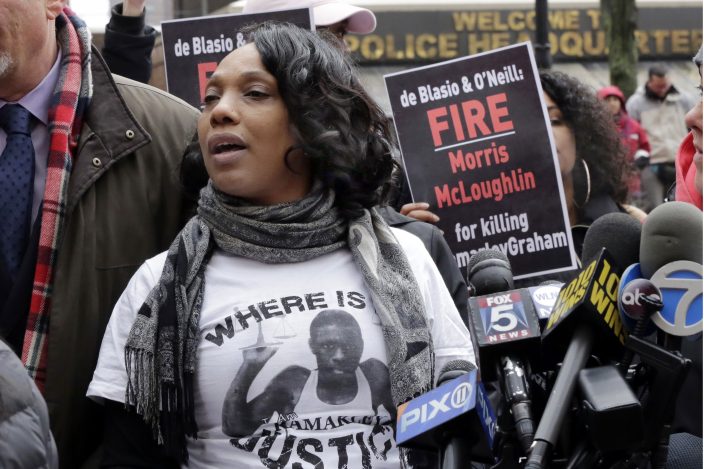 The unit also charged a former upstate prosecutor for his handling of a grand jury that cleared a Troy police officer who fatally shot a man during a traffic stop. But the former prosecutor was acquitted of perjury and misconduct charges last year.

Two other grand juries declined to bring charges. One declined to indict officers in the May 2017 death of a 36-year-old man who passed out in the back of a Schenectady police car after repeatedly claiming that he couldn’t breathe. An autopsy determined Andrew Kearse’s death was caused by heart rhythm problems. And last year, a grand jury declined to indict police for the 2019 shooting of a 41-year-old white man on the shoulder of an interstate in the Hudson Valley.

Delaney Kempner, a spokesperson for Attorney General Letitia James, told The Associated Press on Thursday that "the numbers alone do not account for the independence and transparency that is so critical and that we provide.”

She said the meticulous reports with recommendations to improve the criminal justice system have bought “real reform and change.”

Christopher Dunn of the New York Civil Liberties Union agreed that tallying up indictments and convictions is not a fair way to assess the unit, given the extraordinary difficulty of prosecuting police officers.

“I think it’s much more important to look at the investigations they’ve done and the prosecutions that they have pursued, because those are things that are under their control,” said Dunn, the group’s legal director.

Dunn praised the AG’s office for adding a layer of transparency to the investigative process by issuing detailed reports on its cases. When investigators decline to pursue charges, their reports explain the reasons, and frequently include nonbinding recommendations to departments on how to improve training, tactics and prevent further deaths.

In the Prude case, explicit video showed the 41-year-old naked Black man whimpering as police held him to the pavement on a frigid night last March after handcuffing him and putting a mesh spit hood over his head. The officers, since suspended, held him down for about two minutes until Prude stopped breathing. He died a week later.

“How are you the attorney general and there’s still no charges brought up?” his brother Joe Prude asked during an interview with the AP on Wednesday.

James, who became New York's first Black attorney general when she took office in 2019, said her office made “the strongest case possible.” She said she wants state law amended to ensure officers exhaust all other options before resorting to deadly force.

In April, under a change in state law, the AG's office will assume jurisdiction over all deaths involving law enforcement, essentially eliminating county DAs from any involvement with police killings. The unit handling such cases is being reconstituted under the law change as the Office of Special Investigation and will no longer need an executive order from the governor each time it seeks to investigate a specific death.