“We know what he’s capable of. We’re going to have to wait and see how this spring plays out,” manager Rocco Baldelli said. 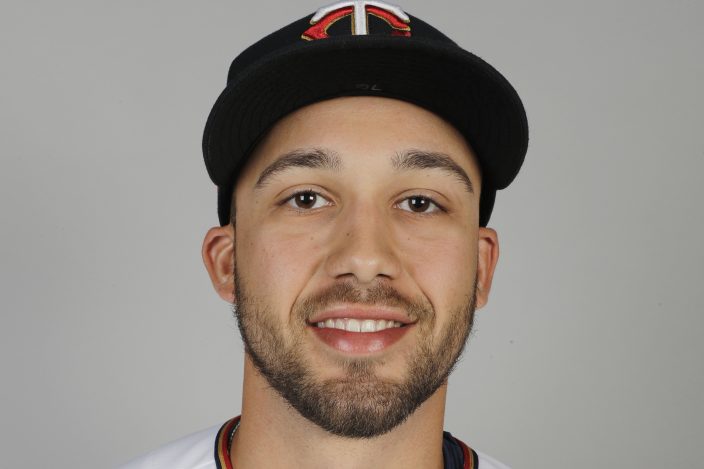 FILE - This is a 2020 file photo showing Alex Kirilloff of the Minnesota Twins baseball team. Alex Kirilloff has never played in a regular season major league game, but he is on track to become Minnesota's regular left fielder. (AP PhotoBrynn Anderson, File)

There's no doubt about how the Twins view the multi-talented 23-year-old, their first-round draft pick in 2016. Kirilloff played so well last summer at the team's alternate training site, when minor league games were halted by the pandemic, that he earned a spot on the postseason roster and a place in the lineup in right field for the elimination game in the AL wild-card series. Kirilloff got a hit, too, in Minnesota's loss to Houston.

After the Twins declined in December to offer a contract to Eddie Rosario — their left fielder for the past six seasons who brought a consistent dose of spunk to the lineup while compiling a .478 slugging percentage — the door swung fully open for Kirilloff.

“I’ve worked hard my whole career. I’ve feel like I’ve learned a lot in the minor leagues. Ultimately, this camp, I’ve just got to do my best and get ready for a season regardless of where I start out at. Just try to take care of my body, stay healthy and just see what happens on April 1st,” Kirilloff said Thursday on a video conference call with reporters, referring to the date of opening day.

So what's the mystery, then? The service time issue.

By keeping Kirilloff in the minors for a few weeks to start the 2021 schedule, the Twins could delay his eligibility for salary arbitration and then free agency — and the big raises that come with them — by a year. The players' association has pushed back against teams it believes manipulate this provision in the collective bargaining agreement, losing a grievance last year on the matter involving third baseman Kris Bryant and the Chicago Cubs.

“As you get older, you’re just kind of aware of stuff that can happen like that, but for me, I’m more focused on the playing side,” Kirilloff said.

Excluding his postseason debut at Target Field in September, Kirilloff hasn't played in a live game since the end of the 2019 season at Double-A.

“It was a long summer, a lot of intra-squads,” he said. “Sometimes we didn’t have an outfielder or were missing an infielder, stuff like that. It’ll be nice to have nine players on both sides again.”

“I think the kid is really good. I think he has a bright future ahead of him. What they do is what they do,” Donaldson said. “I don’t know who everybody is going to be on our roster at this moment, but I would assure Twins fans that from everything I’ve seen, Derek and Thad want to put the best team out there.”

Jake Cave, whose ideal role is the primary backup to all three outfield spots, could capably keep left field warm until Kirilloff is deemed ready by the front office. The Twins also have well-regarded prospects Brent Rooker and Trevor Larnach in the mix in camp, plus non-roster invites Keon Broxton and Andrew Romine. With Byron Buxton in center field and Max Kepler in right field, this is a position group the Twins ought not have to worry about.

Kirilloff, who is a .317 hitter in 279 minor league games, was ranked 26th on Major League Baseball's list of 2021 prospects. Most importantly for the Twins, Kirilloff is not the kind of player who'll be rattled or irritated by, say, starting the season in Triple-A.

“He’s just a guy that is very comfortable in his own skin," Baldelli said. "We talk about his heartrate being about as low as anything you’re going to find, but a guy that has great awareness of everything going on around him. There are always a few guys that have that kind of extra awareness and feel, and I think A.K. is one of those guys.”