She still managed plenty of smiles Thursday when the most dominant player of her era played her first LPGA Tour event in more than 12 years. With one birdie and one bad hole, Sorenstam had a 3-over 75 in the LPGA Gainbridge on her home course at Lake Nona.

“It seems a little bit more stressful, this kind of golf,” she said. 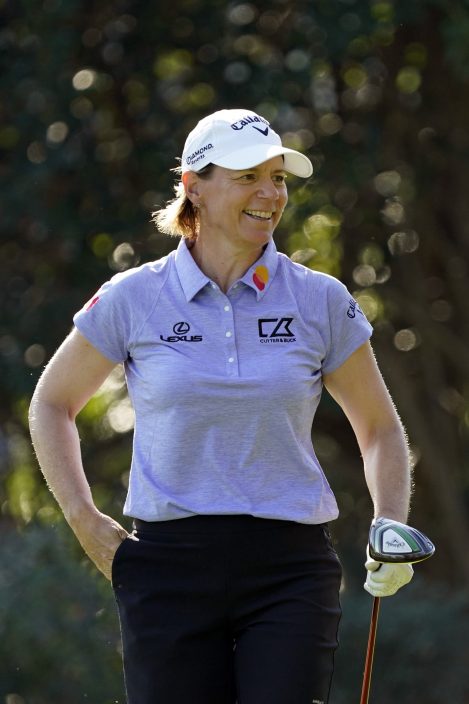 Annika Sorenstam laughs with members of the gallery after they complimented her on a tee shot during the first round of the Gainbridge LPGA golf tournament Thursday, Feb. 25, 2021, in Orlando, Fla. (AP PhotoJohn Raoux)

Sorenstam was 10 shots behind another Lake Nona member, Lydia Ko, who opened with a 7-under 65 for a two-shot lead.

But then, this week isn't about Sorenstam adding to her 72 career victories or even starting a comeback at age 50. The LPGA Tour came to her home course and she wanted to play.

With that early heard turn and tee shots that more often than not found the fairway, it didn't seem like Sorenstam had been away from the LPGA Tour since Nov. 23, 2008, when she retired after a three-win season to start a family. 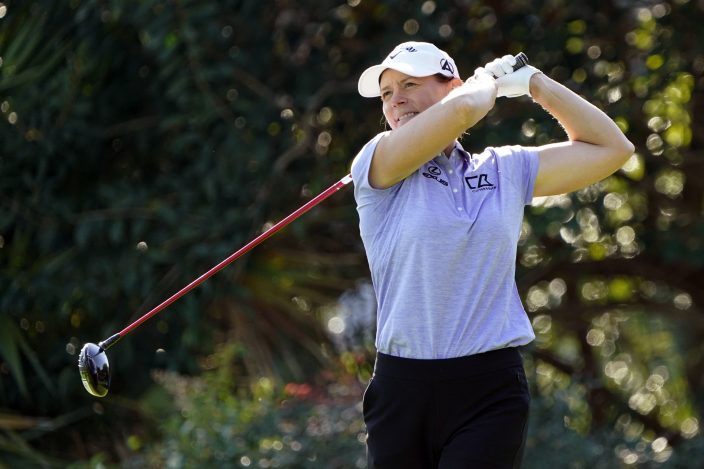 Annika Sorenstam hits a shot from the 12th tee during the first round of the Gainbridge LPGA golf tournament Thursday, Feb. 25, 2021, in Orlando, Fla. (AP PhotoJohn Raoux)

It was the rest of the game that felt so foreign.

Lake Nona members and a few family guests were allowed, and Sorenstam found about 150 people gathered around the first tee. That constitutes a sizeable crowd in the COVID-19 pandemic era. 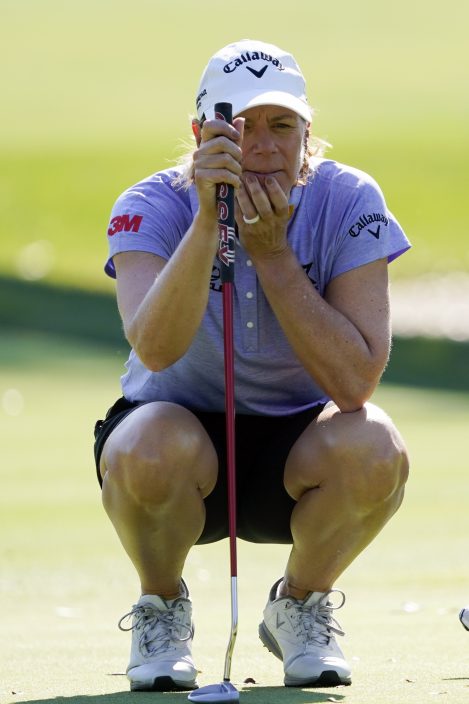 Annika Sorenstam lines up a putt on the 11th green during the first round of the Gainbridge LPGA golf tournament Thursday, Feb. 25, 2021, in Orlando, Fla. (AP PhotoJohn Raoux)

“I was quite nervous. I've been nervous for a few days,” said Sorenstam, adding that she practiced meditation that morning to help calm her down.

The highlight was a gap wedge from about 95 yards on the 14th hole that landed some 10 feet behind the hole and spun back to a foot away for a tap-in birdie.

Sorenstam had said she could play 14 holes fine but there were a few surprises on the other four. She only had one surprise Thursday, but it was a big one. 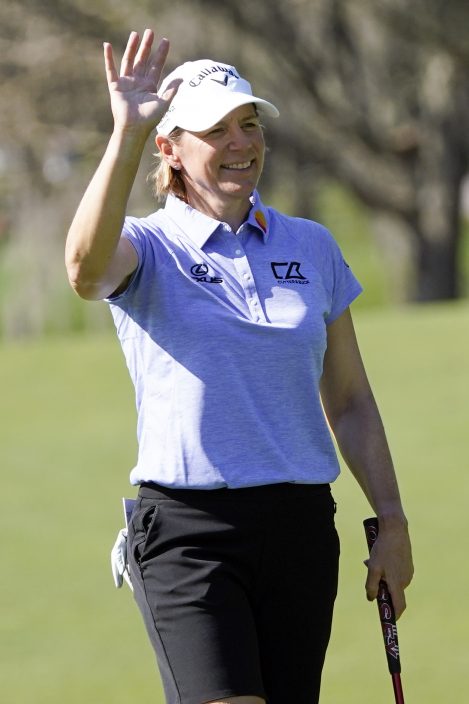 Annika Sorenstam waves to the gallery during the first round of the Gainbridge LPGA golf tournament Thursday, Feb. 25, 2021, in Orlando, Fla. (AP PhotoJohn Raoux)

After opening with four pars, she pulled her tee shot on the fifth hole so far left that it settled directly under the gate of a wrought-iron fence. The rules officials determined it was in play “by a dimple.” Sorenstam asked if she could open the gate to play the shot, but that wasn't allowed.

And then she almost made other mistake. She was reminded the drop was knee-length, not shoulder-length. The Rules of Golf have been updated three times since she last played, the major overhaul coming two years ago.

“I have not studied the rules in 13 years. Rules are not part of my life right now,” she said with a laugh. 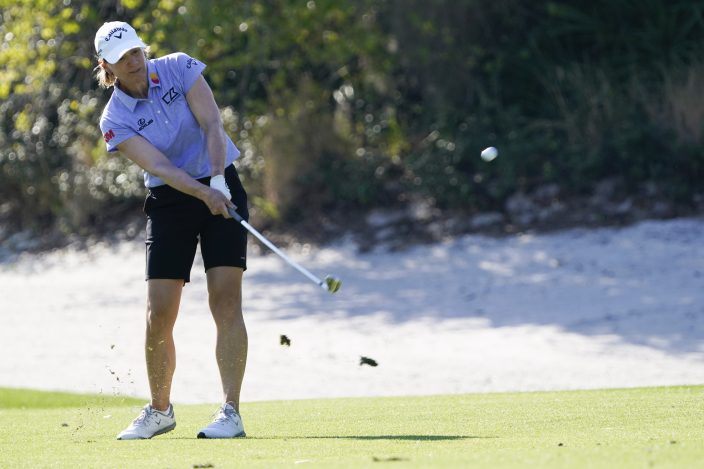 Annika Sorenstam chips a shot to the 11th green during the first round of the Gainbridge LPGA golf tournament Thursday, Feb. 25, 2021, in Orlando, Fla. (AP PhotoJohn Raoux)

After a penalty drop, she hit it back toward the fairway to about 70 yards, hit an ordinary wedge and three-putted from about 18 feet for a triple bogey.

“I can't remember the last time I made triple bogey,” she said.

Sorenstam also three-putted on No. 10, and she failed to birdie any of the par 5s. The rust was evident. In her prime, Sorenstam's caddie would stand in the middle of the driving range with a baseball game to catch her full swings with a wedge or a 9-iron, and he rarely had to move.

In competition, with a scorecard in hand, Sorenstam was tentative and rarely gave herself good looks at birdie. That was to be expected, and that will have to improve if she wants to play the weekend.

“I don't hit it as long,” she said, and that was evident by the few times Madelene Sagstrom hit it some 60 yards past her off the tee. “I've always had another gear. I don't even know if I have a single gear now."

Sorenstam still understands this week is about more than grinding her way to contention.

Before heading to the first tee, she posed for pictures with family and friends, including a selfie with one person. She stopped along the 15th fairway — not far from her home — to hug her daughter (Ava) and son (Will) when they were done with school and came out to watch.

She played with two other Swedes, Anna Nordqvist and Sagstrom, whom she has known since they were juniors. After signing their cards, they wanted a picture with Sorenstam.

It had a ceremonial feel to it, and that was fine with Sorenstam.

“I'm in a different place with my game," she said. “When I talk to my friends, they say, ‘This is how golf is for all of us.’ Well, it never was for me,” Sorenstam said. “It was a little bit of a rollercoaster. It makes you stay on your toes a little more than it used to."

Wie West, Feng back on leaderboard at ANA Inspiration

Whoa, Nelly! Korda makes it 2 straight wins for her family