Flamengo successfully defended its Brazilian championship despite finishing with a 2-1 loss at Sao Paulo.

Flamengo finished with 71 points from 38 matches, only one clear of Internacional, which kept the suspense going until the last minute of its match because of a goal that was disallowed by video review for offside. The game in Porto Alegre ended 0-0. 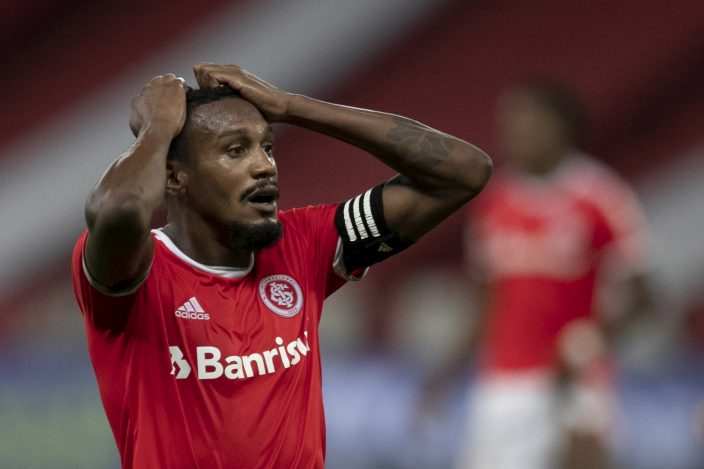 Edenilson of Internacional, center, reacts after having his goal annulled by the referee during a soccer match against Corinthians for the Brazilian Championship, at the Beira-Rio stadium in Porto Alegre, Brazil, Thursday, Feb. 25, 2021. (AP PhotoLiamara Polli)

Sao Paulo opened the scoring against Flamengo in first-half stoppage time with a free-kick by Luciano. Bruno Henrique equalized with a header in the 51st minute, but Pablo scored the winner in the 58th.

Flamengo won the Brazilian title and the Copa Libertadores in 2019 in dazzling fashion, led by Portuguese coach Jorge Jesus. This year its performances were less impressive, with the team only taking the lead in the penultimate round after beating Internacional 2-1.

After years of financial strain, Flamengo has become financial powerhouse in South American football. Among its main players are former Inter Milan striker Gabriel, former Atletico Madrid left-back Filipe Luis and former Roma midfielder Gerson, one of the best players in the competition.

Flamengo was the club that pushed the hardest for the competition to restart during the COVID-19 pandemic, with open support by President Jair Bolsonaro, who had downplayed the risks of the coronavirus.