Kyrie Irving had 27 points and nine assists, James Harden scored 20 points and the Nets extended their longest winning streak since moving to Brooklyn to eight games with a 129-92 rout of the Orlando Magic on Thursday night.

The Nets have the longest current winning streak in the NBA and their longest since a franchise record-tying 14-game run late in the 2005-06 season. They moved from New Jersey to Brooklyn in 2012.

This roll has come almost entirely without Kevin Durant, who missed his sixth straight game with a strained left hamstring. 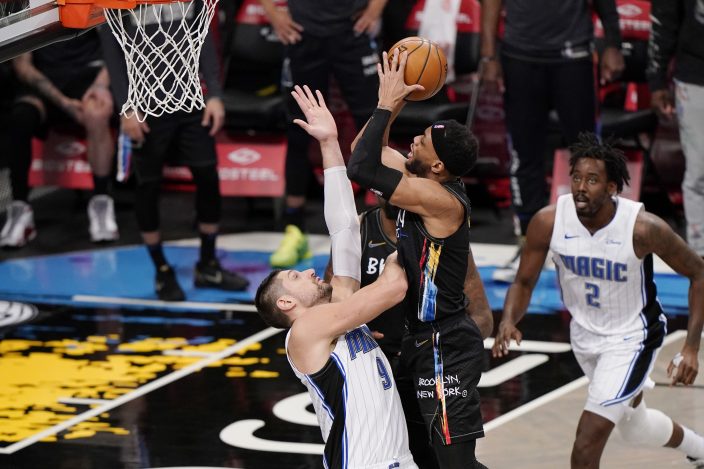 They're explosive enough with their other two All-Stars, improving to 7-2 when Irving and Harden play but Durant doesn't.

Landry Shamet added 19 points and nine rebounds for the Nets, who blew open the game with a 26-4 run spanning halftime. The NBA's highest-scoring team reached 120 points for the 20th time, already tying a franchise record in only 34 games.

Nikola Vucevic had 28 points and 12 rebounds for the Magic, who dropped their second straight after a three-game win streak. 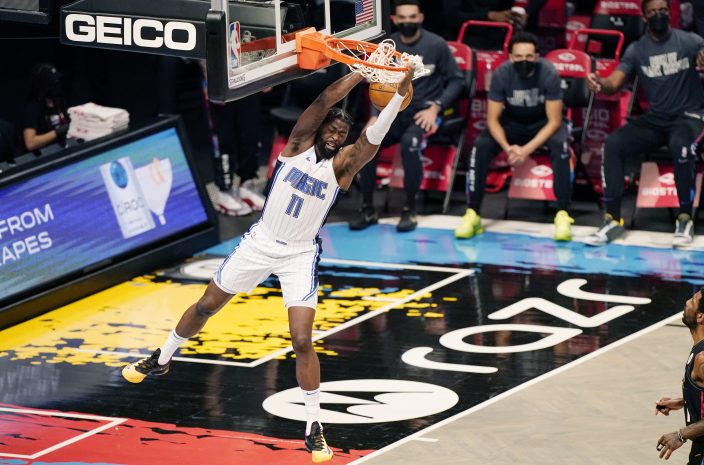 Magic coach Steve Clifford predicted before the game that the Nets are so gifted offensively that there would be possessions where his team defended well and Brooklyn still scored.

Orlando looked good early, holding Brooklyn to five points in the first six minutes. Even after straightening things out later in the period, the Nets were down 28-24 after the first quarter.

That was about the only highlight for Orlando. The Nets surged ahead with a 12-2 burst midway through the second that gave them a 44-38 lead, with a 19-2 surge late in the period turning a three-point lead into a 65-45 bulge. 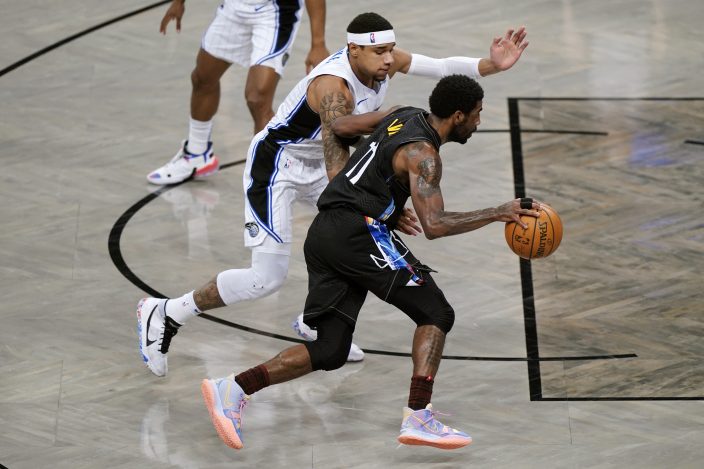 Irving, who missed all five 3-pointers in the first half, then made one before his steal and layup capped a 7-0 start out of the locker room that made it 72-47. 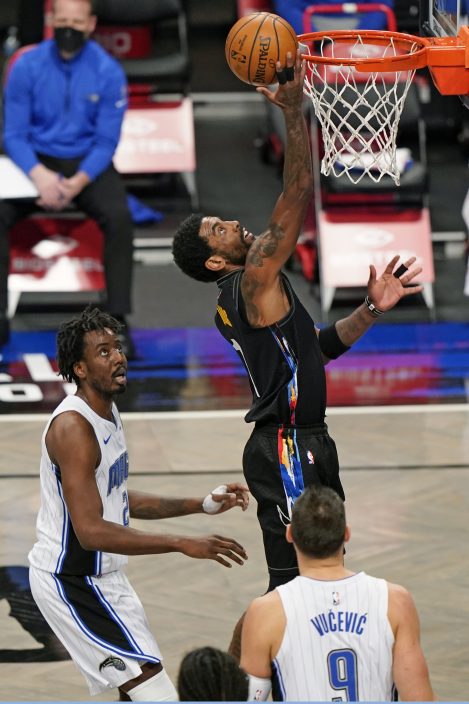 Magic: James Ennis III was 5 for 5 and scored 15 points, two off his season high. ... Orlando fell to 1-7 against the Atlantic Division, including 0-5 on the road.

Nets: Coach Steve Nash said before the game he had no update on Durant's status. ... Brooklyn is 12-3 against Orlando at Barclays Center, its best record against any opponent. 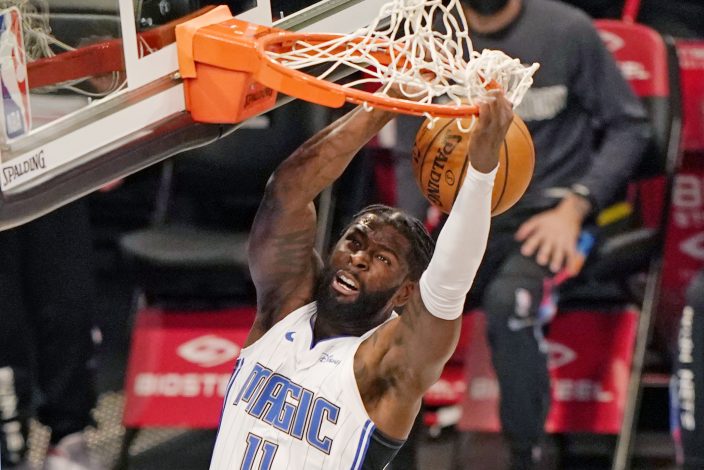 The Nets improved to 15-5 with Harden in the lineup. His first game with Brooklyn after being acquired from Houston was against the Magic, when he had a triple-double on Jan. 16 while playing with Durant while Irving was out. He finished with nine rebounds and seven assists in this one. 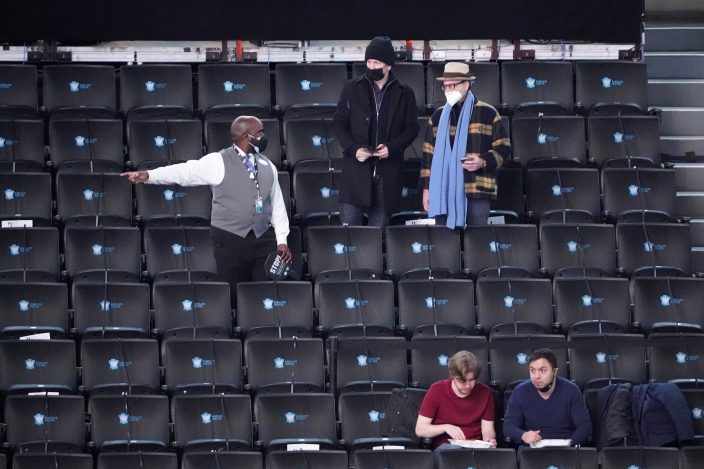 An usher talks to fans before an NBA basketball game between the Brooklyn Nets and the Orlando Magic, Thursday, Feb. 25, 2021, in New York. (AP PhotoKathy Willens)

Nets: Host Dallas on Saturday in their final home game before the All-Star break.