As a musician, Nicky Jam has received accolades including a Latin Grammy and a Billboard Music Award, but nothing would make the reggaeton star happier than having a star with his name in the Hollywood Walk of Fame.

“It’s my dream. Bigger than an Oscar, bigger than a Grammy, bigger that anything, cause my children, my grandchildren, could walk over the streets and see my name on the floor of Hollywood. That is huge, and that’s something that I know I have been working on. And I don’t see it so far away,” Jam said excitedly in a recent interview via Zoom from Miami. 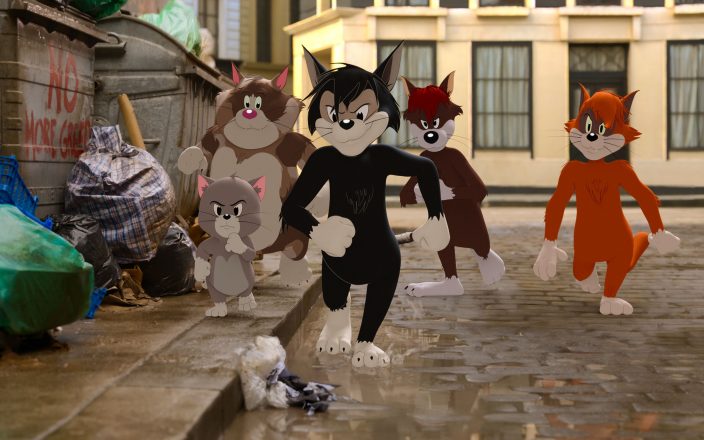 This image shows Butch, leader of the alley cats, foreground center, voiced by Nicky Jam, in a scene from the animatedlive-action film "Tom & Jerry." (Warner Bros. Pictures via AP)

Set in New York City, “Tom & Jerry” combines real sets and actors (including Chloë Grace Moretz and Michael Peña, plus Latin singer Ozuna in a cameo) with animated characters. It is an adaptation of the Hanna-Barbera classic which reveals how the famous pet cat and mischievous mouse got to meet and become rivals.

Butch is the leader of the alley cats that make Tom’s life more difficult. And to voice him, the Massachusetts-born Puerto Rican singer borrowed from “how boricuas talk when they’re from the streets.

“I relate a lot with Butch cause he’s like rough on the outside but it’s kind of like soft in the inside. He’s all heart, and you know, I have that look. When you look at me, you see all these tattoos and you see all this bad boy image but I’m really just all love, you know? That’s what I see in Butch,” he said. 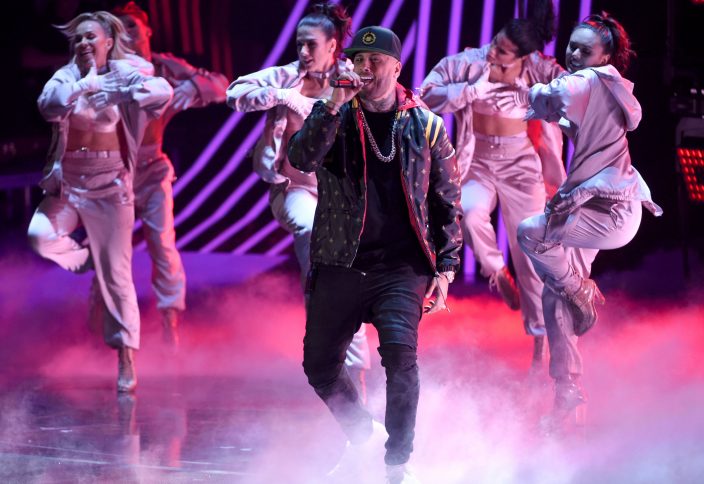 Jam, who is fully bilingual, also voiced Butch for the Spanish version of the movie, which proved to be a bigger challenge.

“The English part was easier cause the cartoon wasn’t done yet, but once I had to do it in Spanish, the cartoons were already done so I had to see the mouth movements and make it work on the exact timing,” he explained.

A father of four, he was excited to finally be able to show his children the movie, which opens Friday. But no one in the family was more excited than his “Tom & Jerry” “super fan” dad.

“He called me the other day saying he was so proud of me cause of this project and I’m like, ‘Dad, I’ve already done movies with Will Smith and Vin Diesel! What’s so big about this?’ And he’s said, ‘None of those guys are bigger than ‘Tom & Jerry’,” Jam said. “If you really look at it that way, yes! I mean, these cartoons are forever ... I’m just blessed to be a part of it.”

The singer-turned-actor is already getting ready for his next role: A hard-core sneaker collector in the Kevin Hart-executive produced movie “American Sole.” The film, which will also feature reggaeton star Bad Bunny, is set in the world of the after-market sneakers, where shoes sell for thousands of dollars online.