Thousands of people protested in Georgia on Friday, demanding the release of the jailed top opposition politician and calling for early parliamentary elections.

Opposition supporters marched down the streets of the capital Tbilisi and rallied in front of the parliament building and the government headquarters. Police didn't interfere with the protesters. 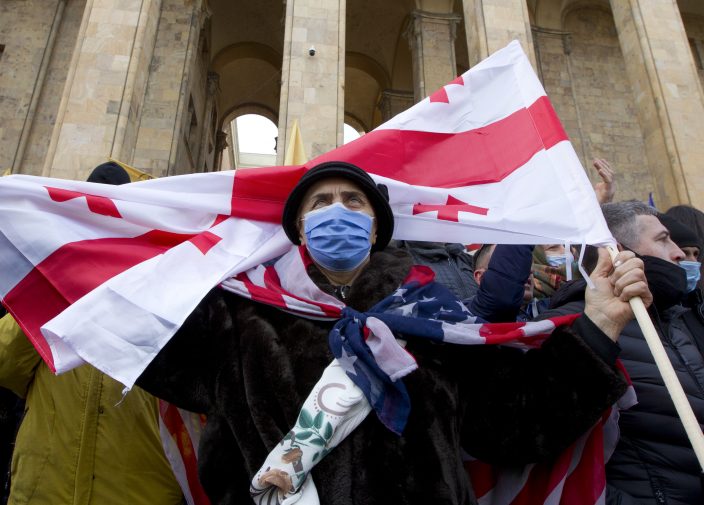 “We believe that today Georgia stands at the crossroads, and this is the moment when the country should decide whether it continues its European development and democratic development or it turns back and goes back to Russia,” opposition politician David Bakradze said at the rally on Friday.

Melia faces charges of inciting violence during protests that erupted in 2019 when a Russian lawmaker sat in the parliament speaker’s chair during a meeting of lawmakers from Orthodox Christian countries. He had been freed on bail but was arrested again earlier this week on charges of violating bail terms.

The political situation in Georgia has been tense amid allegations of voter fraud in the country’s Oct. 31 parliamentary election. The ruling Georgian Dream party won the vote, but the United National Movement has refused to concede defeat and demanded a rerun.

Before the police raid in which Melia was arrested, parliament members named a new prime minister to replace the one who opposed the arrest because of concern it would escalate the country’s political crisis.

The new prime minister, Irakli Garibashvili, has insisted that the move was justified.

Opposition supporters have put up tents in front of the parliament and vowed to continue protests until their demands are met.