The gallery was curated by AP photographer Jerome Delay in Johannesburg. 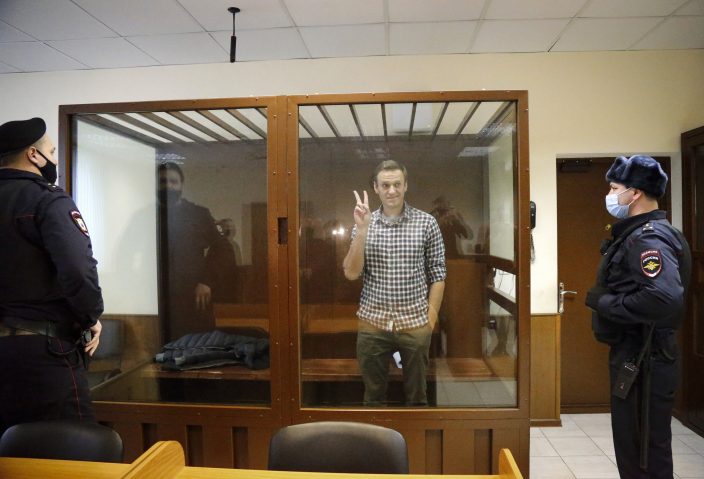 Opposition leader Alexei Navalny stands in a cage in the Babuskinsky District Court in Moscow, Russia, Saturday, Feb. 20, 2021. Two trials against Navalny are being held Moscow City Court one considering an appeal against his imprisonment in the embezzlement case and another announcing a verdict in the defamation case. (AP PhotoAlexander Zemlianichenko) 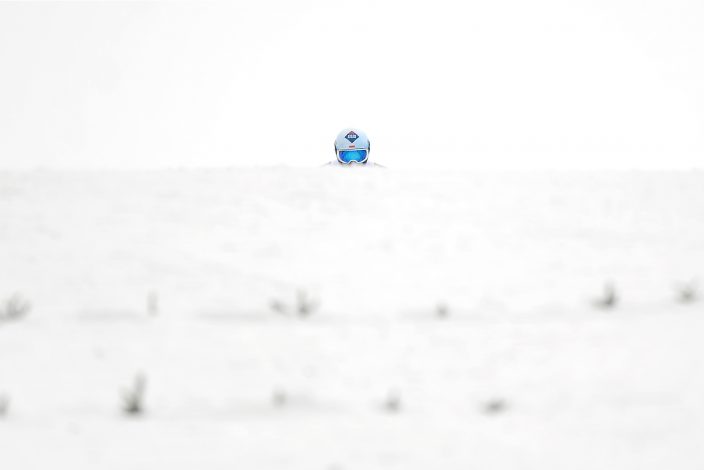 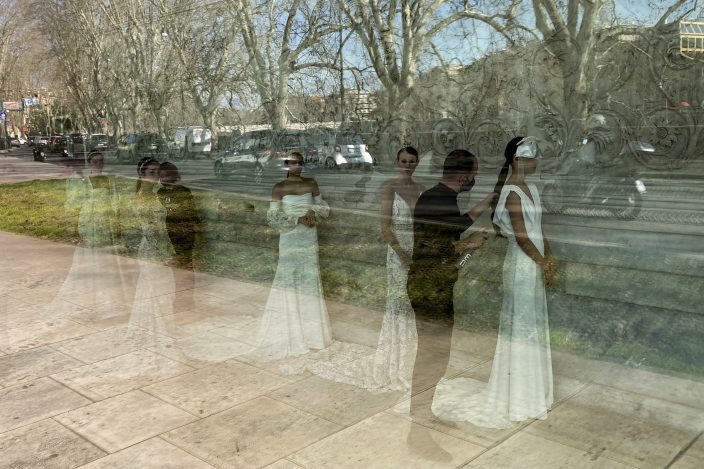 Models wearing wedding dresses prepare for the catwalk as traffic is reflected in the glass of the Ara Pacis, during a fashion week show in downtown Rome, Saturday, Feb. 20, 2021. (AP PhotoGregorio Borgia) 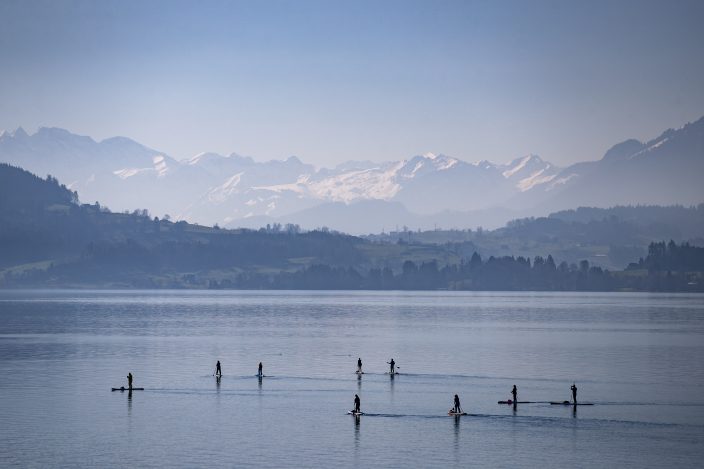 Stand up paddlers travel along the Lake of Zug on a sunny day in Zug, Switzerland, Sunday, Feb. 21 2021. (Alexandra WeyKeystone via AP) 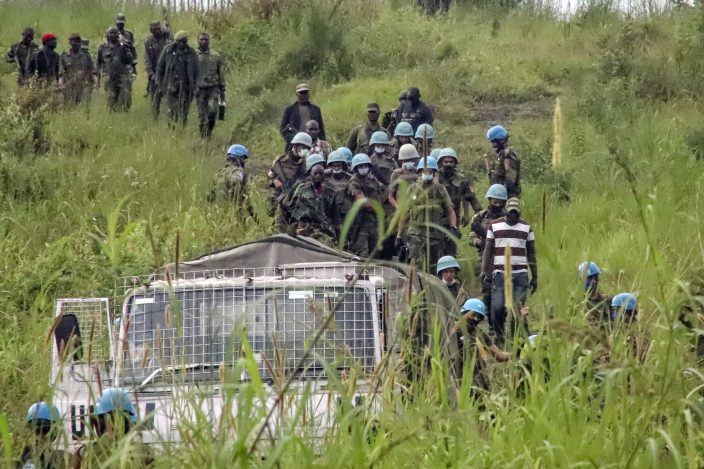 United Nations peacekeepers recover bodies from an area near the site where a U.N. convoy was attacked in Nyiragongo, North Kivu province, Congo, on Monday, Feb. 22, 2021. Luca Attanasio, Italian ambassador to the Congo, an Italian Carabineri bodyguard and a Congolese driver were killed in the area that is home to myriad rebel groups, according to the Foreign Ministry and local people. (AP PhotoJustin Kabumba) 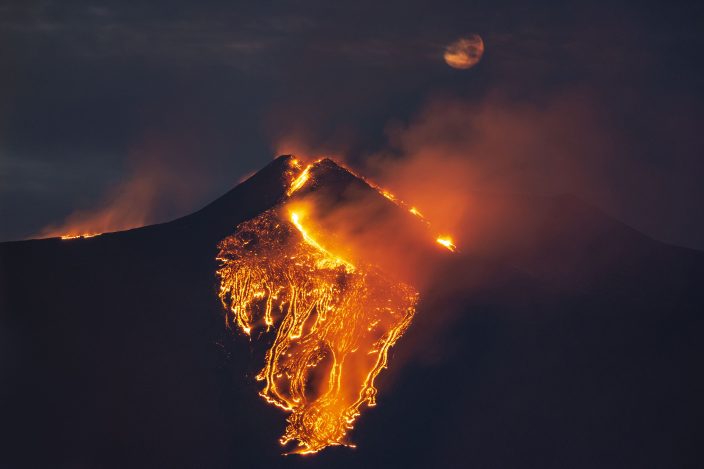 The moon is partially seen in the sky as lava flows from the Mt. Etna volcano, near Catania in Sicily, southern Italy, early Tuesday, Feb. 23 , 2021. An explosion started Monday evening, provoking a huge eruption plume that rose for several kilometers from the top of Etna, as reported by The National Institute of Geophysics and Volcanology, Etneo Observatory. (AP PhotoSalvatore Allegra) 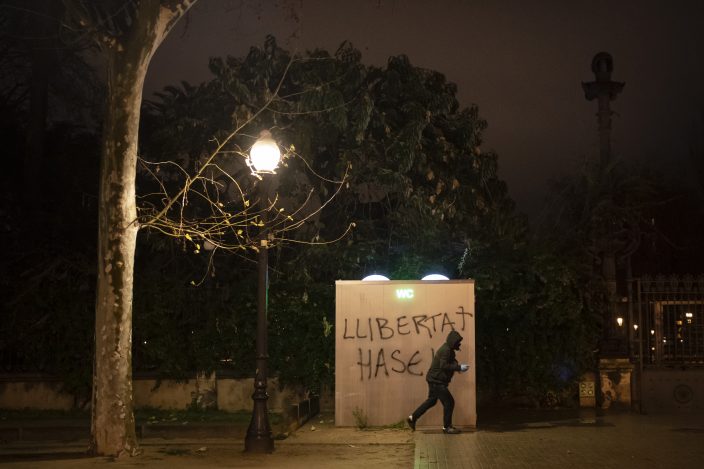 A demonstrator spray paints in Catalan "Freedom for Hasel" during a protest condemning the arrest of rap artist Pablo Hasél in Barcelona, Spain, Monday, Feb. 22, 2021. Hasel spent 24 hours barricaded in a university building before police took him away last week to serve a 9-month prison sentence for insulting the Spanish monarchy and praising terrorist violence in his music. (AP PhotoFelipe Dana) A man walks his dog past police officers standing guard outside King Edward VII's hospital in London, Tuesday, Feb. 23, 2021. Prince Philip was admitted to the private facility on Tuesday, Feb. 16, after falling ill. Buckingham Palace said the husband of Queen Elizabeth II was expected to remain in the hospital for a period of "observation and rest." (AP PhotoKirsty Wigglesworth) 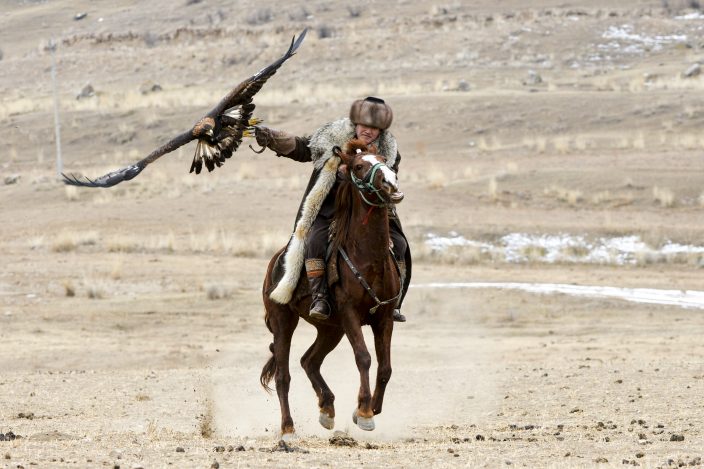 A man rides a horse holding a golden eagle during the hunting festival "Salburun" in Tuura-Suu, Kyrgyzstan, a small village nestled among the mountains about 250 kilometers (155 miles) southeast of Bishkek, Tuesday, Feb. 23, 2021. Salburun comes from the nomadic tradition of hunting and protecting herds from predators such as wolves. (AP PhotoVladimir Voronin) 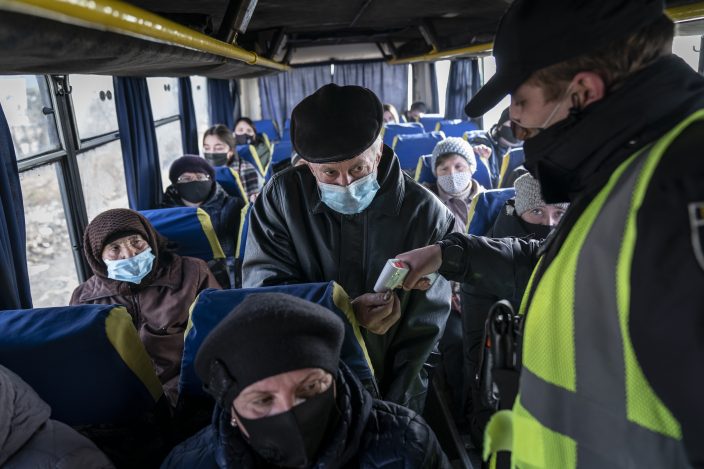 A police officer measures the temperatures of passengers riding a bus at a checkpoint near Ivano-Frankivsk, Ukraine, Thursday, Feb. 25, 2021. Ukraine has recorded a 50% increase in the number of daily new coronavirus  infections, as the country takes the first steps in its vaccination campaign. Health Minister Maxim Stepanov said Thursday that 8,417 new infections were found over the past day, up from 5,424 a day earlier. (AP PhotoEvgeniy Maloletka) 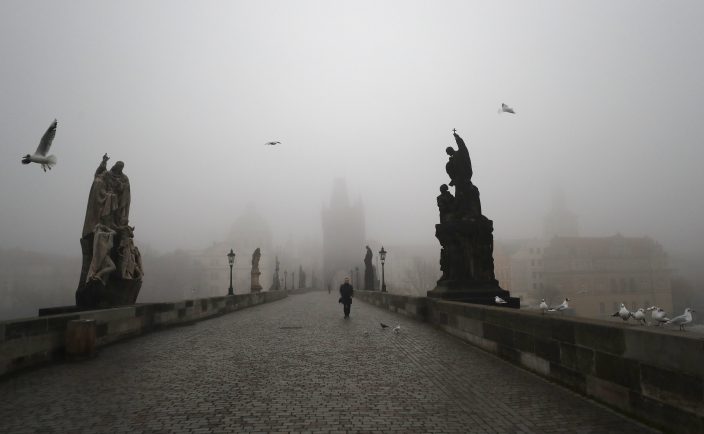 A man walks across the medieval Charles Bridge in Prague, Czech Republic, Wednesday, Feb. 24, 2021. The Czech government has decided to further tighten restrictive measures amid a surge of a highly contagious coronavirus variant in one of the hardest-hit European Union's nations. At the same time, the worsening situation has forced the Cabinet to abandon for now its plans to reopen all stores. (AP PhotoPetr David Josek)