Division I softball is providing a training ground this season for players preparing for the 2021 Summer Olympics in Japan.

UCLA's Rachel Garcia and Bubba Nickles and Arizona's Dejah Mulipola are among 18 players fighting for 15 spots on the U.S. squad that will go to Tokyo. Oklahoma’s Nicole Mendes and North Carolina State’s Tatyana Forbes will play for Mexico, their schools said. Washington’s Gabbie Plain is a finalist for a slot on Australia’s team.

During Olympic years, Team USA’s college players who are finalists for the Olympic squad usually travel the country playing with the national team. Garcia, Nickles and Mulipola made a joint decision with Team USA and coach Ken Eriksen to stay with their college teams this year. 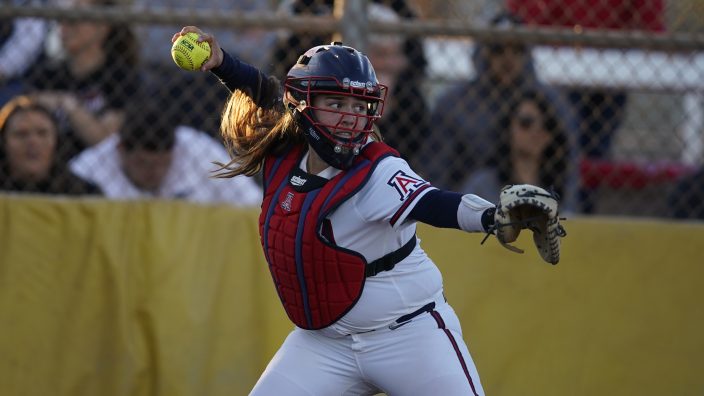 FILE - Arizona catcher Dejah Mulipola is shown during an NCAA college softball game against Seattle in Tempe, Ariz., in this Friday, Feb. 7, 2020, file photo. Division I softball is providing a training ground this season for players preparing for the 2021 Olympics. Mulipola is among 18 members of Team USA fighting for 15 spots on the squad that will go to Tokyo.(AP PhotoRick Scuteri, File)

Eriksen said the other 15 U.S. hopefuls are not touring this time because of COVID-19 has taken opportunities off the table. He said the situation favors college players who get game competition.

Arizona coach Mike Candrea, who coached the gold medal-winning USA squad at the 2004 Games and the team that earned silver in 2008, said annual tour games don’t offer as much of a challenge as the college players find with their schools. 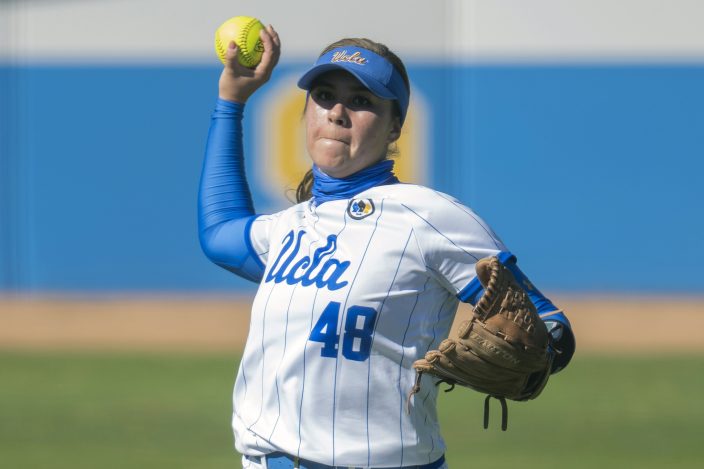 FILE - UCLA center fielder Bubba Nickles (48) throws during an NCAA softball game against Fresno State in Los Angeles, in this Friday, Feb. 12, 2021, file photo. Division I softball is providing a training ground this season for players preparing for the 2021 Olympics. Nickles is among 18 members of Team USA fighting for 15 spots on the squad that will go to Tokyo. (AP PhotoKyusung Gong, File)

“When we go on tour, we’re playing teams we know we’re going to beat,” he said. “The competition level is not as good as you would like it to be, whereas I think the three college kids are going to have an opportunity to play a very difficult schedule that will prepare them.”

It means that college softball gets a boost from the return of three of its best players. 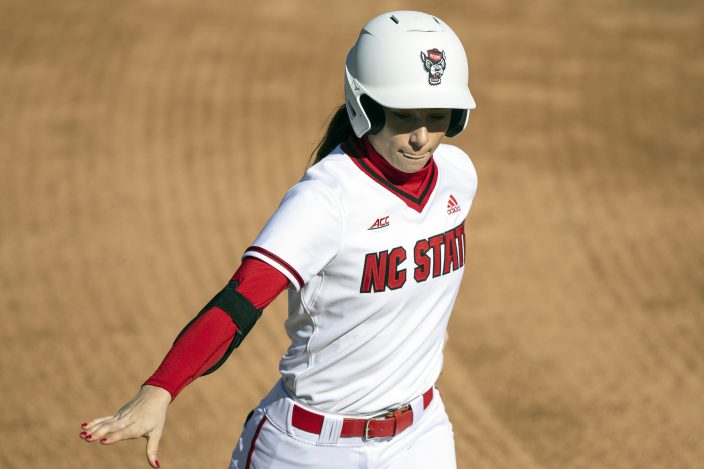 FILE - North Carolina State's Tatyana Forbes (16) runs to first base during an NCAA softball game against Boston College in Raleigh, N.C., in this Wednesday, Feb. 17, 2021, file photo. Division I softball is providing a training ground this season for players preparing for the 2021 Olympics. Oklahoma’s Nicole Mendes and North Carolina State’s Tatyana Forbes will play for Mexico, their schools said. (AP PhotoBen McKeown, File)

Garcia said the three still are very much a part of Team USA’s preparation.

“We do have the opportunity to be involved when we have our Zoom calls or team meetings,” she said. “So we’re still being included with the loop of everything. And on top of it, we were told that whenever we are needed, we’re allowed to go and just train, play, or whatever is going on anytime we are needed up until the Olympics.”

Eriksen said he’s not worried about whether the players will be ready because the programs they play for know what to do. Candrea is one of college softball’s most accomplished coaches. UCLA assistant coach Lisa Fernandez is a three-time Olympic champion. 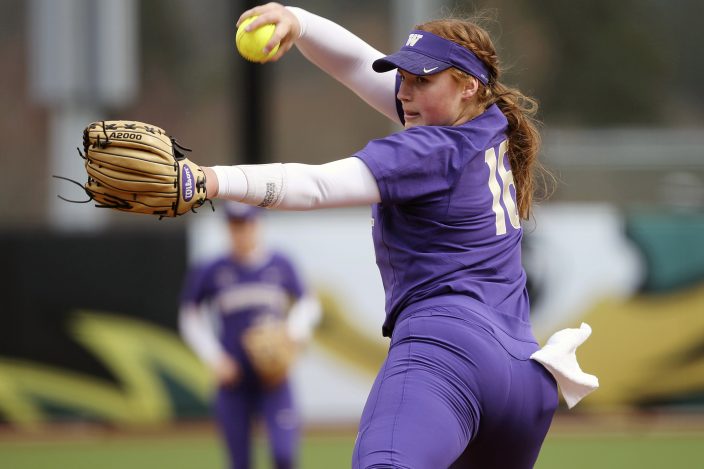 FILE - Washington's Gabbie Plain pitches during an NCAA softball game against Oregon in Eugene, Ore., in this Saturday, March 23, 2019, file photo. Division I softball is providing a training ground this season for players preparing for the 2021 Olympics. Gabbie Plain is a finalist for a slot on Australia’s team. (AP PhotoChris Pietsch, File)

Garcia, Nickles, Mulipola and Plain all play for Pac-12 teams, and all know how difficult it will be to get victories when they cross paths. In the latest USA Today/NFCA Coaches poll, UCLA is No. 1, Arizona is No. 3 and Washington is No. 5.

Nickles said the matchups with Mulipola and Arizona will be extra special this season.

“It is really cool that our other teammate is at a Pac-12 school,” Nickles said. “When we play against her, we’ll have that type of bond that will make the game even more fun.”

Mexico’s Forbes, an outfielder, ranked second nationally in hits, was fifth in batting and eighth in on-base percentage in last year’s shortened college season. Her teammate, Mendes, is a utility player and a two-time member of the Women’s College World Series All-Tournament team.

The Sooners are ranked No. 2 and Oklahoma coach Patty Gasso said she is on the same page with Team Mexico about Mendes.

“We have been in communication, and what’s nice is I have had some relationships with some of Team Mexico and their coaching staff, and they trust me,” Gasso said. “The attitude is, ‘Just get her ready.’ I think what we do at OU will have her ready when it’s time.”

Tarni Stepto, a pitcher for Oregon State, is a finalist for a spot on the Australian team. She opted out the college season to stay home and train. Plain chose to play tand her quest to make Australia’s squad adds pressure to perform at a high level for the Huskies.

“I would say it is quite important, but ultimately they are going to choose whoever they think is the best fit for the Australian team,” Plain said. “I think there are five or six pitchers, so quite a lot of heavy competition. So mostly, just keep playing as best as I can.”