Colorado Rockies infielder Ryan McMahon figures players can find plenty to do with any extra time they could get at the end of days if spring training games don't go nine innings.

“Maybe slide out for some golf. If not, head home, hit the couch and watch some basketball right now,” McMahon said.

Or maybe even some extra batting practice. 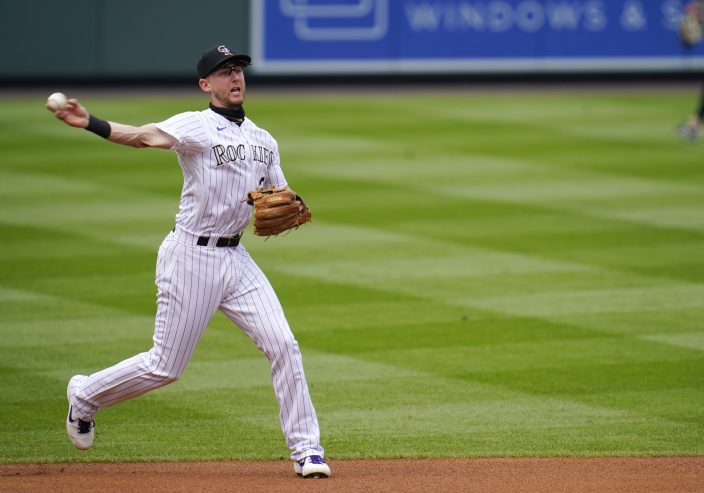 FILE - Colorado Rockies third baseman Ryan McMahon throws to first base to put out Los Angeles Dodgers' A.J. Pollock in the first inning of a baseball game in this file photograph taken Sunday, Sept. 20, 2020, in Denver. McMahon is slated to take over third base for the Rockies after the trade of Nolan Arenado to St. Louis. (AP PhotoDavid Zalubowski, File)

“It could be, right? Depending on the day and depending on how things went, there’s a lot of different ways that you could go with it,” McMahon said. "The days are different every day, that’s for sure.”

Things certainly could look different when spring training games begin Sunday, with managers allowed to mutually determine in advance how many innings their teams need or want to play.

“What we’re finding is it’s going to provide some flexibility," Milwaukee Brewers manager Craig Counsell said. “I think teams are viewing this differently. My early read on it is we’ll have some different game lengths daily, based on teams’ available pitching." 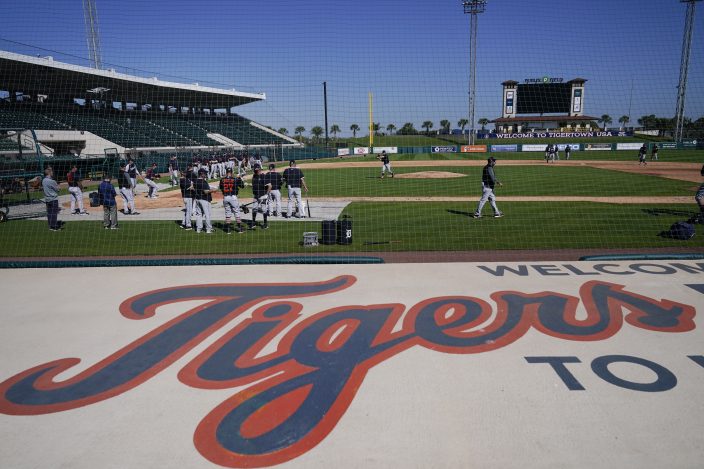 Some games may not even make it to a seventh-inning stretch, since they can be as few as five innings through March 13. Even after that, until the end of spring training, games can be scheduled for only seven innings.

“It’s a very reasonable decision by MLB to be flexible,” said White Sox skipper Tony La Russa, managing again a decade after his game with the St. Louis Cardinals, and 35 years after he was last Chicago’s skipper.

The potentially shorter spring training games, and the ability to end innings before three outs, come on the heels of 2020, when teams had to alter workouts and the season was shortened to 60 games because of the coronavirus pandemic that is still ongoing. COVID-19 health and safety protocols remain in place while Major League Baseball prepares for what it hopes will be a full 162-game regular season this year. 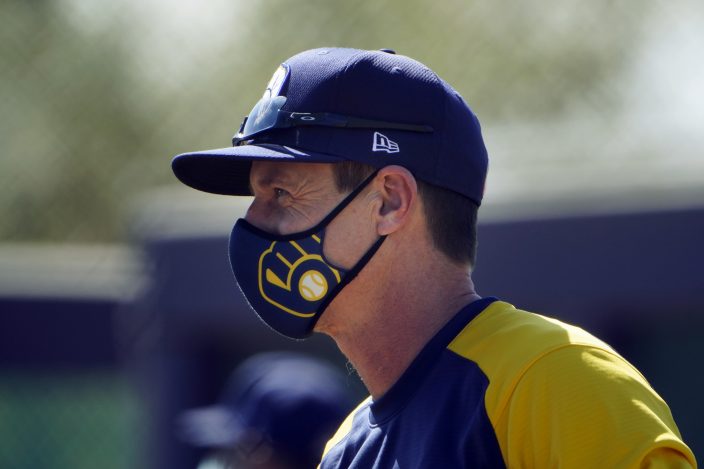 Cincinnati Reds manager David Bell said he had already been in touch with Cleveland's Terry Francona by midweek about their spring training opener Sunday. Teams have to confirm with MLB the previous day on how many innings they intend to play.

“It’s just going to be communication between the managers. It’s all new to us but it should be pretty seamless once we get into it,” Bell said. 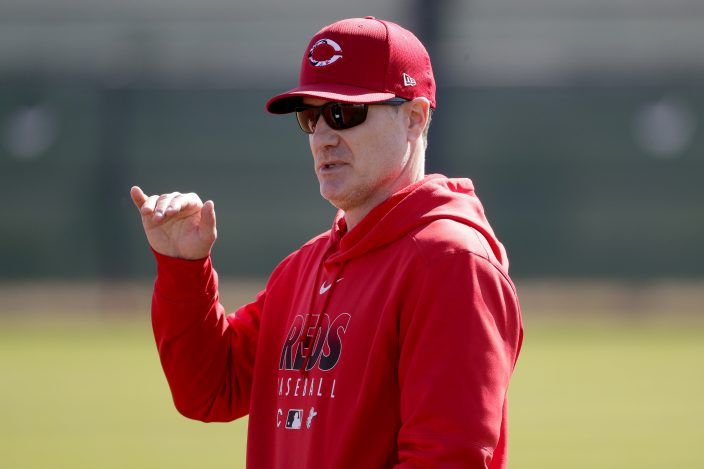 FILE - In this Saturday, Feb. 15, 2020, file photo, Cincinnati Reds manager David Bell talks during the teams' first spring training baseball workout in Goodyear, Ariz. Just when the Cincinnati Reds started to roll last year, the strange, pandemic-shortened season came to an end after 60 games. But manager David Bell saw his team developing cohesiveness and momentum down the stretch he believes can carry over into 2021. (AP PhotoMatt York, File)

“After that, we're good for nine,” Mattingly said.

While the number of innings have to declared in advance, all of those innings don't initially have to be three outs.

Through March 13, defensive managers can end an inning before three outs following any completed plate appearance, provided the pitcher has thrown at least 20 pitches. 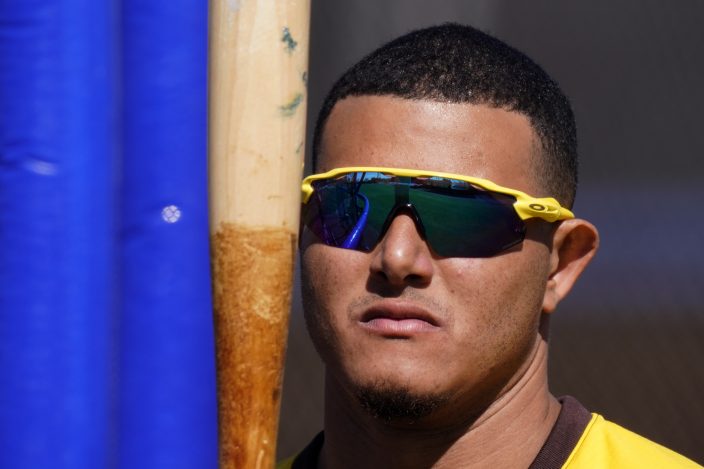 “Fans may not like it in the beginning,” Atlanta Braves manager Brian Snitker said. "You’ve got two outs and the bases loaded and you yell over there ‘Last hitter. We’re rolling him.’ But in the long run I think it’s a smart move to help, especially now as we’ll be trying to stretch pitchers out.”

Washington Nationals manager Dave Martinez said the ability to roll innings over, instead of trying to extend pitchers or use more pitchers to get out of an inning, will have managers on board to play nine full innings more often than not.

“It’s all about trying to keep everybody healthy. We’ve got guys out there to start the inning. You want them to get their work in, 20-25 pitches, some of these guys will be the maximum,” Martinez said. “After the shortened season, I put a lot of thought into keeping these guys healthy, getting them ready in a very controlled environment and building them up, which is really, really good." 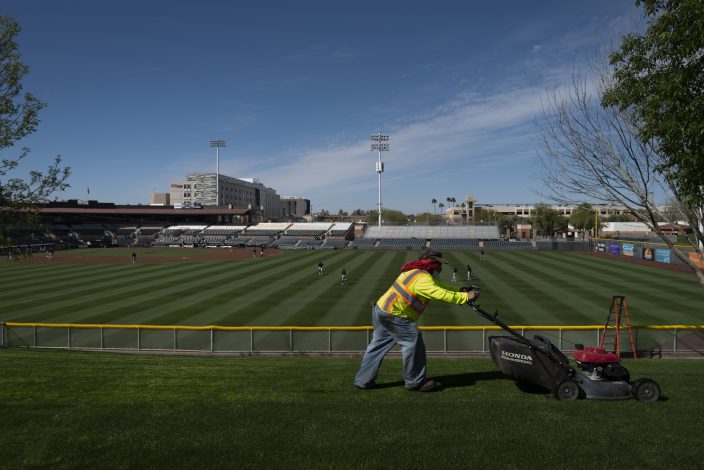 Padres slugger Manny Machado said he had offseason laser eye surgery to deal with the lights.

“I hope it helps me hit better. I was dealing with some stuff last year with the lights, just night games. I still have the same vision," he said. "We’ll just see when the lights turn on in San Diego, make that little adjustment there, if it helps me out or not. Vision’s fine, same thing, nothing major, nothing different, but hopefully it helps me see the ball a little better and I can hit .320, .330.” 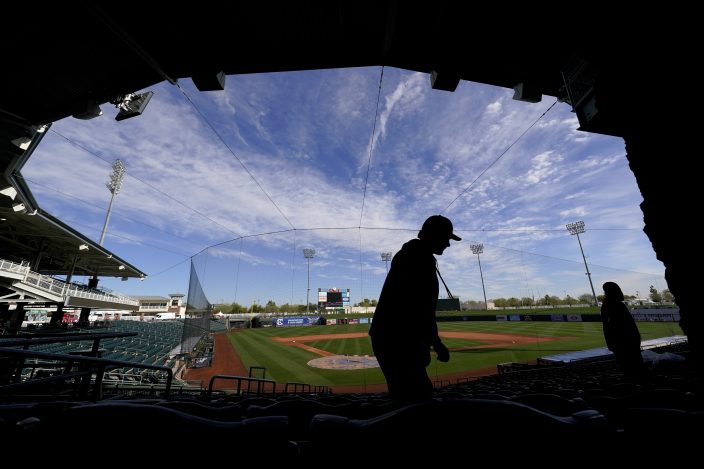 Workers zip tie seats so they can't be used in an effort to encourage social distancing at Surprise Stadium Friday, Feb. 26, 2021, in Surprise, Ariz. The men were working to prepare the venue for Sunday's opening spring training baseball game between the Kansas City Royals and the Texas Rangers. (AP PhotoCharlie Riedel)

Before the surgery, Machado hit .304 with 16 home runs in the pandemic-shortened 2020 season and was third in NL MVP balloting.

Veteran right-hander Tyler Clippard has done just about everything in the bullpen in 14 years and with 10 teams as a big league reliever. He should be able to do whatever is needed in Arizona. 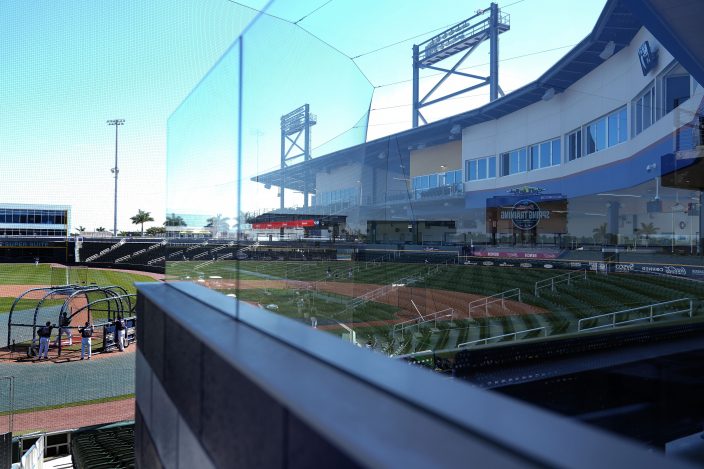 But most of his best seasons have come as a setup man who can pitch longer stints if needed. He pitched in 40 games for the Diamondbacks in 2016 before being traded to the New York Yankees.

Veteran right-hander Jesse Chavez is re-signing with the Los Angeles Angels on a minor league deal, and will join them in spring training after clearing intake protocols.

With experience as a starter, long reliever and late-inning pitcher, Chavez could provide experience and versatility for a pitching staff lacking depth.

Chavez appeared in 38 games for the Angels in 2017, including 21 starts. The Los Angeles-area native left for Texas as a free agent after one season, and he excelled after being traded in July 2018 to the Chicago Cubs, where he was managed by current Angels skipper Joe Maddon, then was with the Rangers again the past two years.