The human trafficking case brought against a former U.S. Olympics women’s gymnastics coach hours before he killed himself could signal a new approach to policing a sport already dogged by a far-reaching sexual abuse scandal involving a one-time team doctor.

John Geddert, the head coach of the 2012 U.S. women’s Olympic gymnastics team, killed himself Thursday hours after prosecutors charged him with 24 counts accusing him of turning his once-acclaimed Michigan gym into a hub of human trafficking by coercing girls to train there and then abusing them — one sexually.

Although Geddert was charged with sexually assaulting one teenager and he worked closely with Larry Nassar, the imprisoned sports doctor who sexually abused dozens of women and girls under the guise it was treatment, the bulk of the case against Geddert was for human trafficking — a charge that even the state's top law enforcement official acknowledged might not fit the common understanding of such a case. 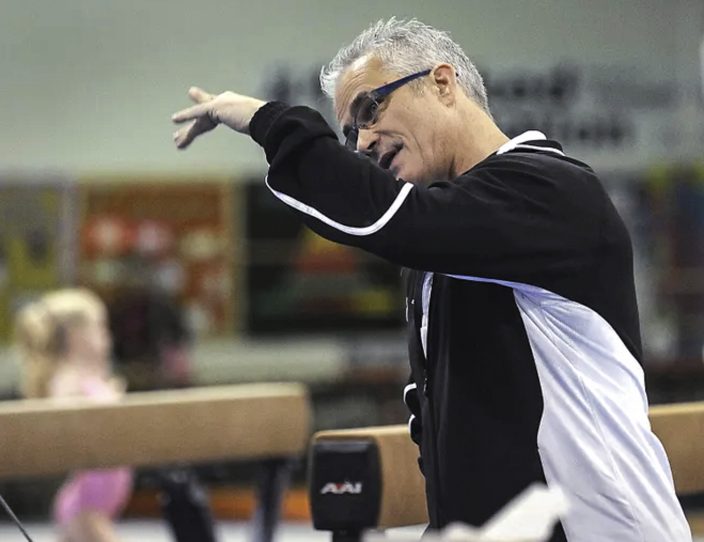 John Geddert watches his gymnastics students during practice in December 2011. Geddert, a former U.S. Olympics gymnastics coach with ties to disgraced sports doctor Larry Nassar, killed himself Thursday, Feb. 25, 2021, hours after being charged with turning his Michigan gym into a hub of human trafficking by coercing girls to train and then abusing them. Geddert faced 24 charges that could have carried years in prison had he been convicted. (Greg DeRuiterLansing State Journal via AP)

“We think of it predominantly as affecting people of color or those without means to protect themselves ... but honestly it can happen to anyone, anywhere,” Michigan Attorney General Dana Nessel said Thursday. “Young impressionable women may at times be vulnerable and open to trafficking crimes, regardless of their stature in the community or the financial well-being of their families.”

Lawyers for women who accused Geddert and Nassar of abuse say Nassar's imprisonment and Geddert's death won't resolve some of the serious issues that have plagued the sport. But they lauded the attorney general's office for bringing the trafficking case against the 63-year-old Geddert, who was charged with making money through the forced labor of young athletes.

According to a transcript from a closed court hearing this week, Geddert reported that his income was $2.7 million between 2014 and 2018. 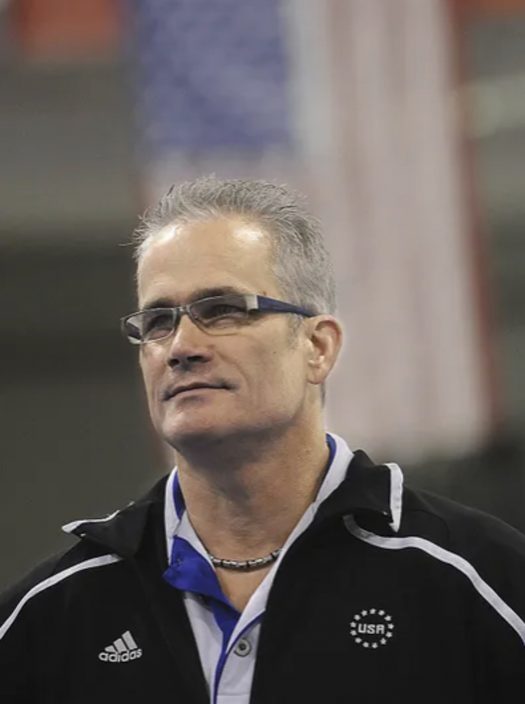 Gymnastics coach John Geddert watches his students during a practice in December 2011. Geddert, a former U.S. Olympics gymnastics coach with ties to disgraced sports doctor Larry Nassar, killed himself Thursday, Feb. 25, 2021, hours after being charged with turning his Michigan gym into a hub of human trafficking by coercing girls to train and then abusing them. Geddert faced 24 charges that could have carried years in prison had he been convicted. (Greg DeRuiterLansing State Journal via AP)

“They took a stand that if you do this kind of thing as a coach, you are going to get charged,” John Manly, an attorney for accusers of the two men told The Associated Press, noting that the maximum penalty of 15 years in prison for each of the 20 trafficking counts is more than the penalty for the sex crime he was charged with.

Sarah Klein, an attorney who works with Manly and was coached by Geddert, whom she said physically and emotionally abused her — and was sexually abused by Nassar — said she doesn't think Geddert's suicide will halt any reckoning for women's gymnastics.

“I think this sends a big message that you can't emotionally and physically, and obviously sexually, abuse children for the sake of winning anymore,” she said.

What that means for the immediate future is that the United States Olympic & Paralympic Committee and USA Gymnastics, where Nassar once worked, will face increased scrutiny, Klein and Manly said. Both organizations turned a blind eye to such abusive treatment, they said.

The USOPC didn't respond to a request for comment Friday. USA Gymnastics President Li Li Leung issued a statement expressing shock that Geddert killed himself, and expressed her sympathy with the victims.

Manly and Klein said that although the latest case will bring more attention to abusive coaching in women's gymnastics, the success of coaches like Geddert, whose 2012 Olympic team won the team gold, will make reforming the sport more difficult. They said so much of Geddert's alleged abuse was able to continue because his private gyms and gymnastics clubs operated outside of the view of the public or even the athletes' parents.

And that abuse, as described by Nessel, was emotional and physical, from ordering one distraught girl to apologize to him for trying to kill herself to throwing another girl into the uneven bars with such force that it ruptured the lymph nodes on one side of her neck.

“In almost every elite gym ... parents were not allowed, so they had no idea that if a kid vomited and he saw there were French fries, he would stick the kid's face in the vomit,” Manly said.

He said in recent years, some gyms have opened up a bit to let the parents see how their kids are being coached. But many still operate behind a wall of secrecy.

Klein said this secrecy has been tolerated and even encouraged because coaches were producing champions that the whole country could be proud of, which she traces back to the wild success Bela and Martha Karolyi, the husband-and-wife duo who coached America’s top female gymnasts for three decades.

For most of those years, she said, nobody was asking questions of what gymnasts later said was the couple's harsh treatment of their young charges. The coaches are now the subject of at least one lawsuit from a gymnast who contends they knew or should have known about Nassar's behavior.

Finding out what is going on will also be made tougher by parents' unwillingness to ask questions or look too closely because of all the success Geddert and other coaches, Manly and others said. In a transcript released this week, this issue was raised by a young woman who was coached by Geddert.

“He gets everyone to buy into his program, then parents start seeing positive results from their gymnast, then they are hooked," she said. “The parents then decide to tolerate Geddert’s style or they turn their heads.”

A bus overturned while trying to p ...