A woman was dragged by a car in Oakland’s Asian business district during a robbery that her husband says left her bruised and shaken, marking the latest in a series of attacks against people of Asian descent in the San Francisco Bay Area and in other parts of the U.S.

Eric Nghiem said his wife, Jenny, who is Vietnamese, had her purse crossed around her neck and shoulder as she was walking to a grocery store when a thief grabbed it and jumped into the passenger side of a car Wednesday. Surveillance video shows the victim clinging to her purse as she gets dragged for a short distance before letting go.

Nghiem said his wife is sore and bruised after the robbery in the city's East Lake neighborhood. 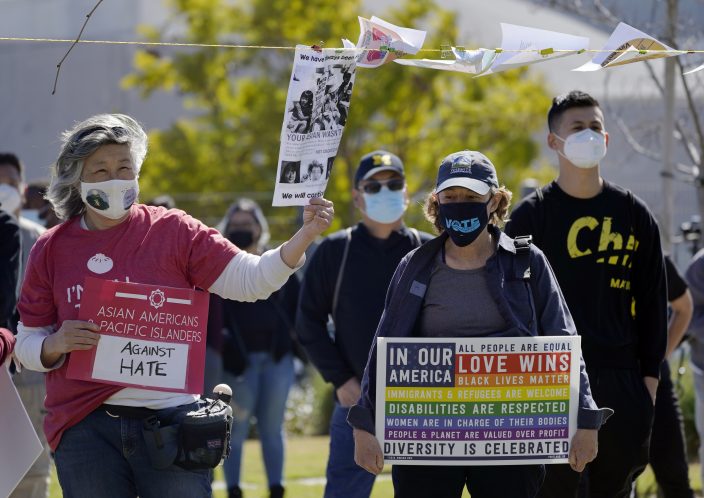 People attend a community rally to raise awareness of anti-Asian violence and racist attitudes, in response to the string of violent racist attacks against Asians during the pandemic, held at Los Angeles Historic Park near the Chinatown district in Los Angeles, Saturday, Feb. 20, 2021. (AP PhotoDamian Dovarganes)

“But mentally, it’s worse. She’s scared more than anything else right now,” he said in a phone interview Friday.

At least 32 Asian Americans in the Bay Area have been assaulted or robbed since the start of 2021, the San Francisco Chronicle reported Thursday. Police have stepped up their patrols and volunteers have increased their street presence after violence seen since the start of the coronavirus pandemic sparked new outrage when some attacks were caught on video and spread widely online.

Oakland police said the robbery of Nghiem was under investigation. It remains unclear whether the victim was targeted because of her race.

The Indian city of Pune is running ...