The Oklahoma City Thunder changed uniforms at halftime after a mix-up left the Thunder and the Atlanta Hawks wearing similar colors at the start. 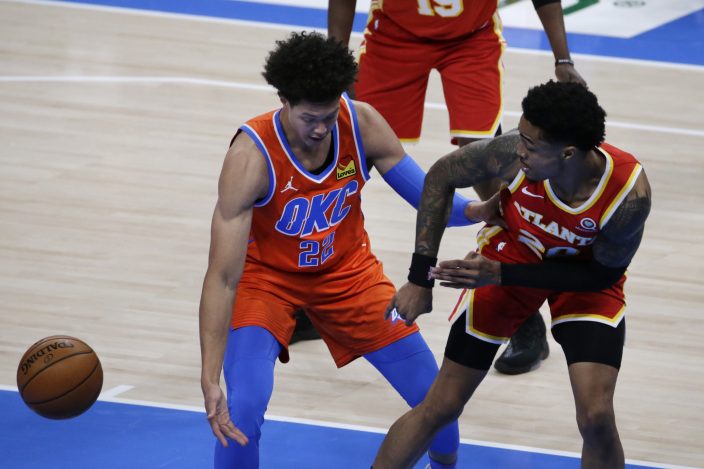