The Raptors were without head coach Nick Norse, five assistant coaches and starting forward Pascal Siakam in accordance with the NBA’s health and safety protocols regarding the coronavirus. Assistant coach Sergio Scariolo directed the team. He had been away from the Raptors while coaching Spain in FIBA’s EuroBasket 2022 qualifiers and just cleared quarantine Friday.

Scariolo has extensive experience as a head coach, winning championships of leagues in Italy, Spain and Russia, plus has been Spain’s national coach — helping that team win medals at the 2012 London Games and 2016 Rio de Janiero Olympics, plus capture the Basketball World Cup title in 2019. 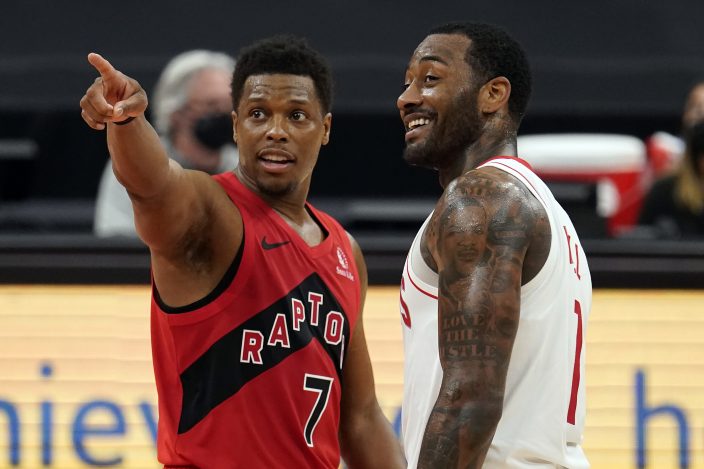 Siakam was listed as out about two hours before the game, indicating that he either has a testing issue or a contact tracing issue. He played Wednesday night in Miami in the Raptors' loss to the Heat.

Victor Oladipo led the Rockets with 27 points, and John Wall had 21 points and 12 assists. Toronto Raptors assistant coach Sergio Scariolo talks to center Aron Baynes (46) during the first half of an NBA basketball game against the Houston Rockets Friday, Feb. 26, 2021, in Tampa, Fla. Scariolo is filling in for head coach Nick Nurse, who is under coronavirus protocol. (AP PhotoChris O'Meara)

Lowry and Powell led Toronto on a 44-21 run over a 13-minute span that put the Raptors in command at 65-50 late in the first half. Raptors: The Raptors have not been involved in any of the NBA's 29 coronavirus postponements so far this season. . . . Lowry has 18 career triple-doubles. He played his second game after missing four straight because of a sprained left thumb. 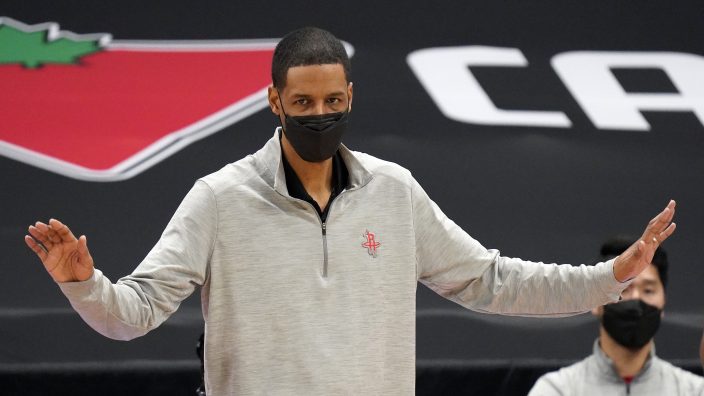 Houston Rockets head coach Stephen Silas calls a play during the first half of an NBA basketball game against the Toronto Raptors Friday, Feb. 26, 2021, in Tampa, Fla. (AP PhotoChris O'Meara)