Jimmy Butler and the Miami Heat got their most significant win of the season and took down the team with the NBA’s best record in the process.

Butler scored a season-high 33 points, reserve Goran Dragic tied his season-best with 26 and the Heat held on to beat Utah 124-116 on Friday night — handing the Jazz (26-7) just their third loss in their last 25 games. 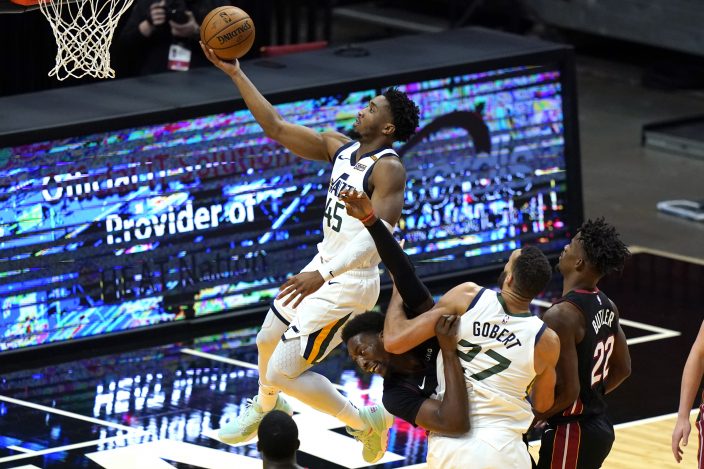 Donovan Mitchell scored 30 for the Jazz, who got 17 from Bojan Bogdanovic and 15 from Rudy Gobert. Mike Conley scored 14 for Utah, which got 13 apiece from Jordan Clarkson and Joe Ingles.

The Heat had to dig deep time and again in the fourth to pull out the win. 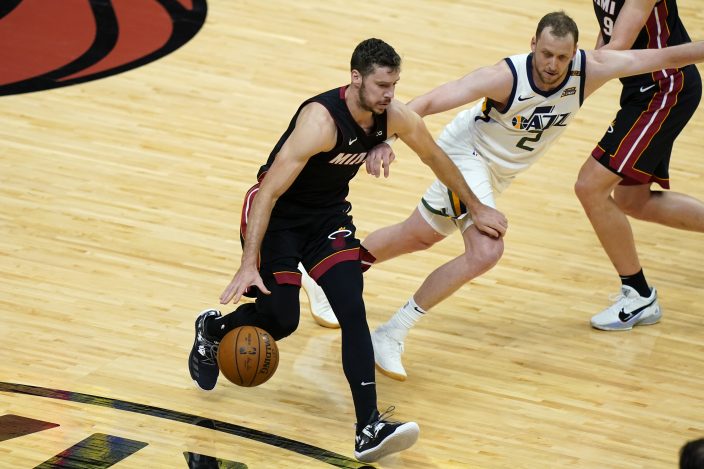 Dragic found Andre Iguodala for an open 3-pointer, then made another himself on the next Heat possession for a 114-107 lead.

Bogdanovic’s 3-pointer with 3:39 left started the last Jazz flurry, Conley got a layup on the next Utah possession and Gobert made two free throws on the next. Just like that, the Jazz were within 116-115.

But they got no closer, with Dragic taking a charge to erase what would have been a basket by Conley with 1:58 left. The Jazz wound up missing their last six shots. 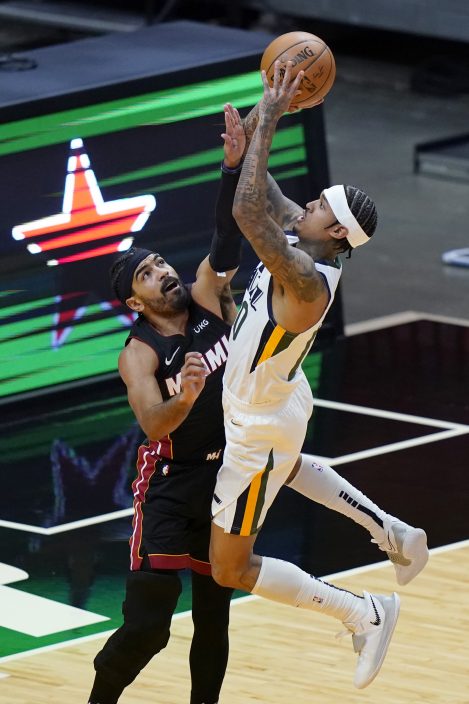 The Jazz are shooting 41.2% on 3-pointers in the first halves of games this season against everyone other than Miami, and only 22.2% in the opening half of their two games against the Heat. They were 7 for 24 before the break on Friday, part of the reason why Miami went into intermission up 57-53.

There were six ties, six lead changes, and neither team led by more than six in that first half. And Miami held on for a 96-94 lead after three quarters — the prerequisite for beating the Jazz this season. Utah came into Friday 24-0 when leading after three quarters, 2-6 when trailing.

Jazz: Derrick Favors played in his 607th career regular-season game with Utah, breaking a tie with Rickey Green for ninth on the team’s all-time list. Next up: Bryon Russell, 628. ... Gobert had a free throw 1:53 into the game for his 6,000th career point.

Heat: Adebayo was listed as questionable coming into the game because of a knee issue. ... Tyler Herro (bruised hip) missed his third straight game with that injury and 11th missed game this season overall. ... It was the sixth game in Heat history in which both teams had at least 94 points through three quarters. Three of those have come since Feb. 26, 2020.

The teams were a combined 14 for 14 from the foul line in the first half. It was the second time the Jazz had been part of a game in which both teams shot 100% from the line in the opening 24 minutes this season, and the first such game for the Heat since a “home” game in the bubble last season against Toronto.