Terance Mann, Nicolas Batum and Paul George each had 13 points for the Clippers, 122-94 losers on Thursday night.

Jonas Valanciunas led Memphis with 22 points and 11 rebounds. Ja Morant scored 20 points before he was ejected, receiving a pair of technical for arguing a no-call with 2:18 remaining. De’Anthony Melton scored 16 points. 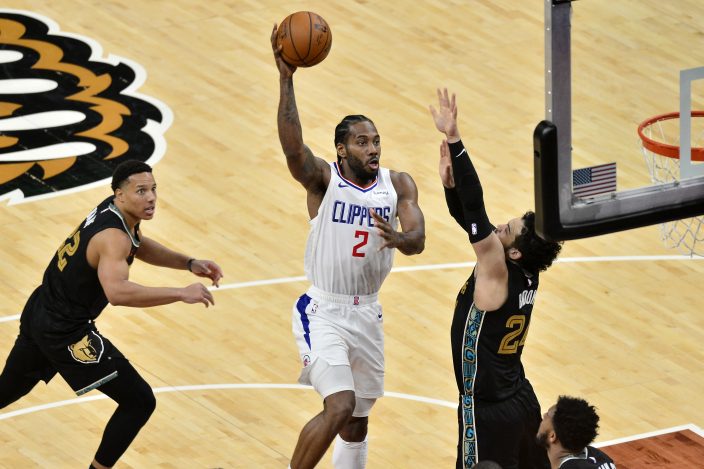 It evident from the start that the Clippers were going to be much more aggressive on both ends of the floor than they were a night earlier.

The Clippers concentrated defensively on guarding the paint better than the previous game when Memphis amassed 72 paint points. Los Angeles was willing to see if the Grizzlies could make enough outside shots.

The active Los Angeles defense contributed to more contested shots and turnovers by Memphis. Eventually, the pressure paid off as the Clippers closed the half on a 13-1 run for 63-47 lead at the break. The shooting struggles for Leonard and George from the previous night weren’t evident as they combined to shoot 11 of 16 from the floor. 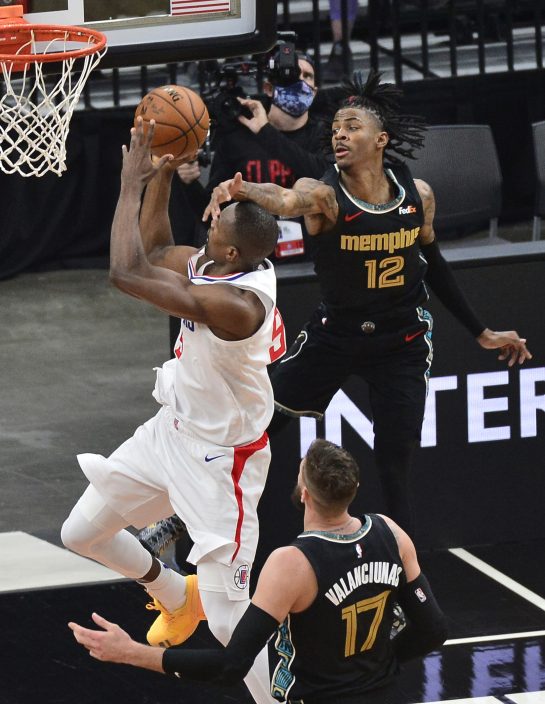 Los Angeles Clippers center Serge Ibaka (9) shoots as Memphis Grizzlies guard Ja Morant (12) gets a hand in front of his face during the first half of an NBA basketball game Friday, Feb. 26, 2021, in Memphis, Tenn. (AP PhotoBrandon Dill)

The Grizzlies managed only 40% shooting in the half.

The second half continued the theme as the Los Angeles defense continued to thwart Memphis shooters, who were stuck in the 40% range.

The Clippers never lost their double-digit lead in the second half, extending it to 20 on several occasions. 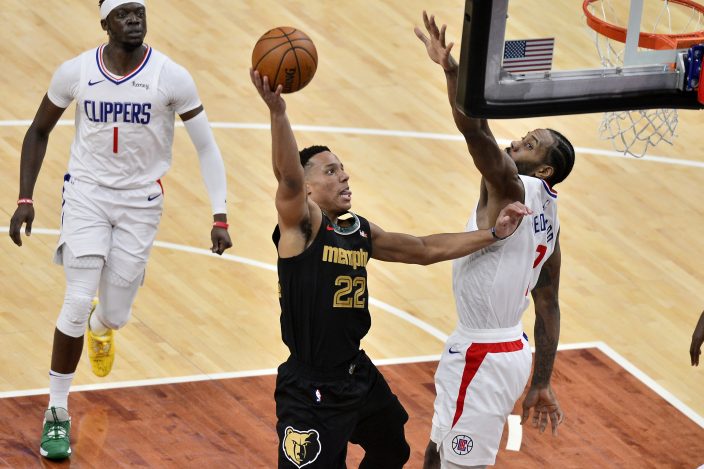 Clippers: Lou Williams passed Bob Kauffman for 17th on the franchise’s career points list. Kauffman had 4,850. … Leonard has 10 games of at least 30 points. … Are 23-3 when hold they 10-point lead this season. Grizzlies: Justise Winslow took off the second night of the back-to-back part of his recovery from a left hip injury. … Valanciunas, who took a knee to the left thigh in Thursday night’s win, was active after being listed as questionable pregame. 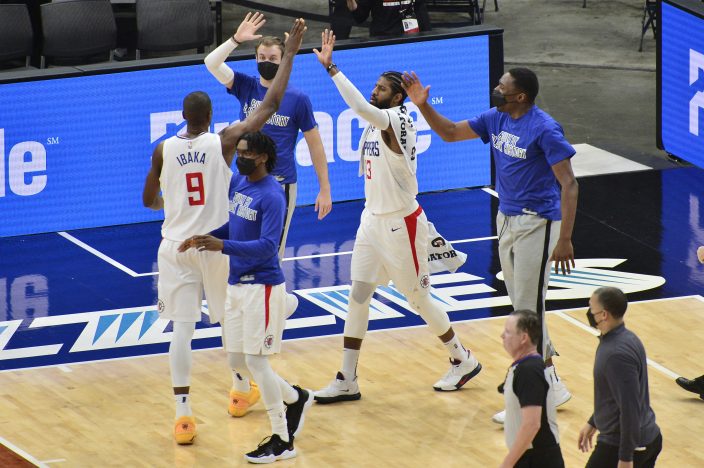 Los Angeles Clippers center Serge Ibaka (9) high-fives teammates after scoring a basket at the end of the first half of the team's NBA basketball game against the Memphis Grizzlies on Friday, Feb. 26, 2021, in Memphis, Tenn. (AP PhotoBrandon Dill)

Grizzlies: At Houston on Sunday night.