De'Aaron Fox scored 27 points and the Sacramento Kings snapped a nine-game losing streak with a 110-107 victory over the Detroit Pistons on Friday night.

Sacramento blew a 17-point first-quarter lead, then rallied from an eight-point deficit in the final quarter. The Kings held on after Detroit appeared to miss two late free throws intentionally — earlier than the Pistons probably needed to employ that desperate strategy.

The Kings were up 106-104 when Harrison Barnes missed from the perimeter. Buddy Hield swooped in for a tip-in for Sacramento with 12.9 seconds left, but the play was challenged by Detroit and the call was reversed. A foul was called on Hield, and Josh Jackson went to the line at the other end with a chance to tie it. 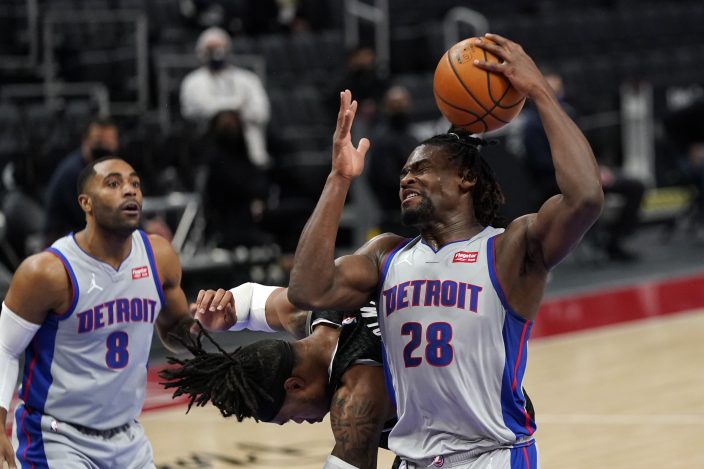 Detroit Pistons center Isaiah Stewart (28) pulls down a rebound next to Sacramento Kings center Richaun Holmes during the first half of an NBA basketball game, Friday, Feb. 26, 2021, in Detroit. (AP PhotoCarlos Osorio)

Jackson missed the first free throw, then appeared to miss the second on purpose. Nemanja Bjelica rebounded for the Kings and was fouled, and he made one of two free throws to push the lead to three.

Sacramento fouled Jerami Grant immediately, and he made both free throws. Then Bjelica got free for a layup to make it 109-106, and the Kings again fouled with a three-point lead, putting Dennis Smith Jr. on the line with 8.1 seconds left.

Smith made the first free throw, but his intentional miss on the second didn't hit the rim. The ball went over to Sacramento. 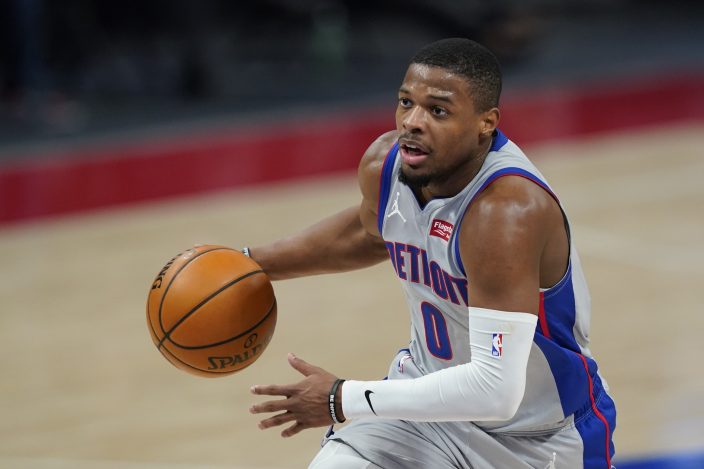 Detroit Pistons guard Dennis Smith Jr. drives to the basket during the second half of an NBA basketball game against the Sacramento Kings, Friday, Feb. 26, 2021, in Detroit. (AP PhotoCarlos Osorio)

Barnes was fouled with 7.4 seconds left, but he only made one of two free throws, giving the Pistons one more chance down three. Grant's contested 3-pointer missed everything, though.

Kings: Sacramento is 2-5 in the second game of back-to-backs. ... G Tyrese Haliburton (left calf soreness) was out for the Kings. Sacramento was also without C Hassan Whiteside and F Jabari Parker because of health and safety protocols. 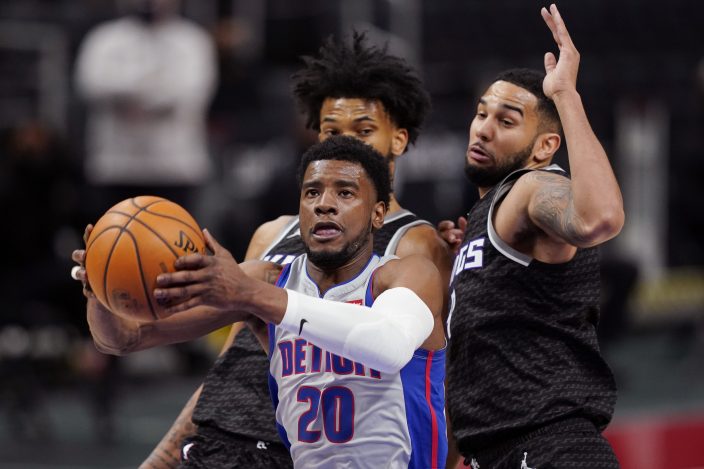 Kings: Host the Charlotte Hornets on Sunday night. The Kings went 0-2 against the Hornets last season.