Lara Gut-Behrami let out a brief scream of joy and held up her right arm after crossing the finish, then nodded her head moments later.

The Swiss skier won her second World Cup downhill in two days at Val di Fassa on Saturday to maintain her chance of winning the discipline title this season. 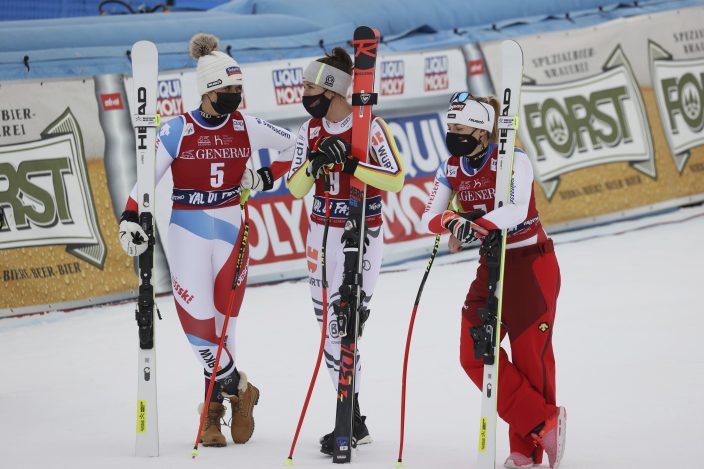 Kira Weidle of Germany finished 0.68 behind in third, as the podium included the same three skiers who won the medals at the world championships downhill in another Italian resort, Cortina d'Ampezzo, two weeks ago.

"It's nice I can improve from one day to another,” said Gut-Behrami, adding that her run was better that Friday's.

“I am happy that I could do better what I didn’t do well yesterday,” she said. 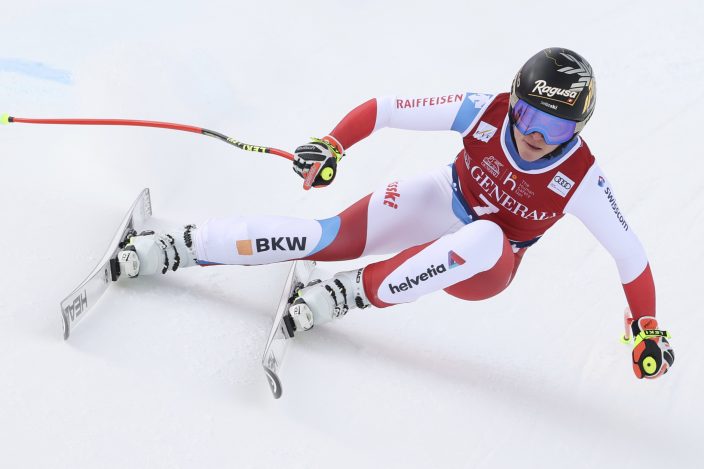 Gut-Behrami won gold in super-G and giant slalom as well as bronze in downhill at the worlds, and she drew praise from Suter for her recent successes.

“Lara can just do what she wants, everything works out super for her,” Suter said.

Gut-Behrami and Suter are the only racers left who can overtake discipline leader Sofia Goggia in the season-ending downhill at next month’s World Cup Finals in Swiss resort Lenzerheide. 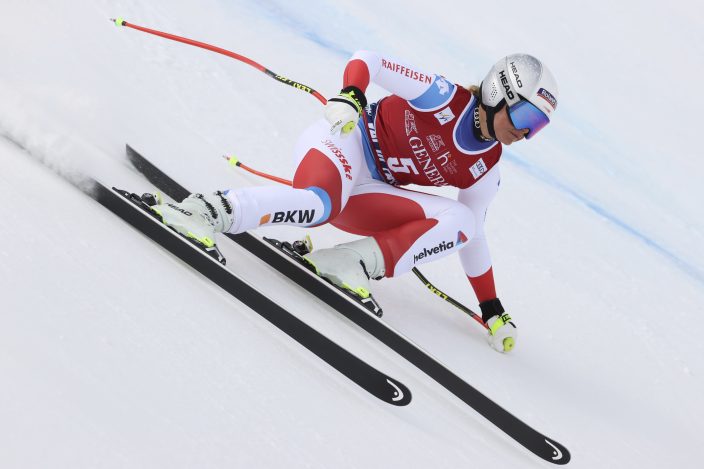 Goggia is out with a knee injury but the Italian still tops the standings, having won four straight races in December and January. Suter is 70 points behind and Gut-Behrami trails by 97, with a race win worth 100 points.

Suter would need a top-two finish to win the title.

“I don't look at the standings. I am not chasing the globe, I only want to ski fast,” said Suter, who won the downhill and super-G titles in the shortened last season. 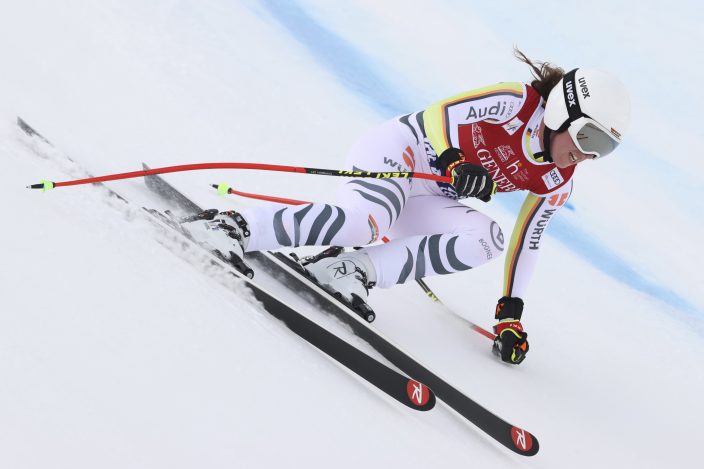 Breezy Johnson lost sight of the downhill title after the American crashed in Saturday’s race, which left her 150 points behind Goggia.

Johnson lost grip on her outside ski in a right turn and slid off the course. Her skis came off when she went through two rows of safety nets, though she got up and seemed unhurt.

Her American teammate Laurenne Ross, who returned in January from a two-year injury break, also crashed into the nets, losing her balance after her right ski caught a bump and went up in the air. 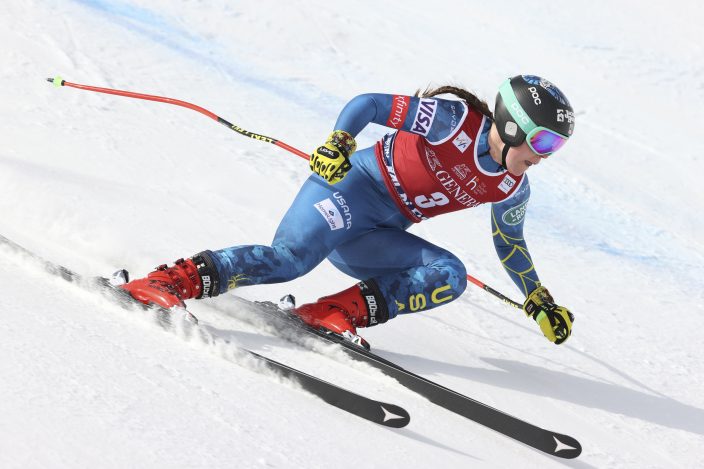 Isabella Wright, however, placed 14th for the American’s career best result on the World Cup circuit.

With clouds throwing a shadow over most of the course and reducing visibility for the racers, conditions were vastly different from Friday’s race, which took place in sunshine.

It didn’t affect Gut-Behrami, who took advantage of her outstanding technical skills to win time on her rivals in the turning middle section.

Her 32nd career victory, and 11th in downhill, also strengthened her lead in the overall World Cup standings, a day after she overtook Petra Vlhova. Gut-Behrami is chasing a second overall title after winning it in 2016.

Vlhova, was had held the top spot since November, finished Saturday’s race in 12th.

The Slovakian skier dropped 107 points behind Gut-Behrami, who could even increase her lead as she will start as the favorite in Sunday’s super-G.

However, the next two weekends of World Cup skiing only include Vlhova’s strongest events: slalom and GS.

Ramona Siebenhofer of Austria, who was runner-up in Friday’s race after losing to Gut-Behrami by two-hundredths of a second, finished fourth and missed the podium by eight-hundredths.

With Michelle Gisin in seventh and Jasmine Flury in eighth, Switzerland had four racers in the top eight.