With Michael McDowell and Christopher Bell winning at Daytona International Speedway, the first in the Daytona 500 and the second on the road course, two playoff spots were locked up by guys who weren’t generally considered locks.

The fallout? Other teams are feeling the pinch in late February – six months before the 16-driver playoff field is set – and with 24 races remaining. “Probably not for the teams that we all expect to win, but for some of those fringe cars it will,” said Bell’s crew chief, Adam Stevens. “The number of unique winners is really going to change how many cars get in on points, right? It’s pretty obvious.”

The simplest way to look at it: If the series heavyweights perform as expected the rest of the way, there won’t be many playoff spots left for anyone else. It’s a somewhat bleak outlook for several teams already and could force them to adjust their approach beginning Sunday at Homestead-Miami Speedway.

“Some of that next batch of cars is really needing to be thinking about if they’re swinging for the fence or if they’re racing for points,” Stevens said. “Maybe one more winner that somebody didn’t expect pretty early in the season could really change the complexion.” 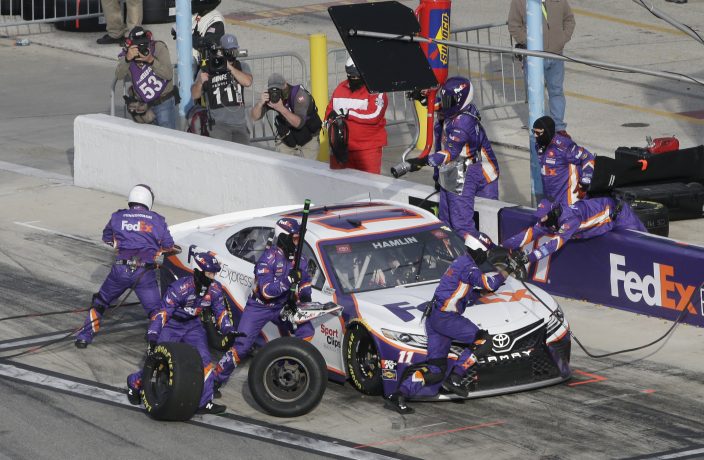 Every year since NASCAR’s current playoff system began in 2014, at least three postseason berths have been awarded to drivers based on points. The past three years, as Kevin Harvick, Martin Truex Jr., Joey Logano, Kyle Busch, Denny Hamlin and Chase Elliott have won a bigger share of races, more drivers have made the playoffs on points.

But Bell and McDowell already grabbed two of the spots, something many would have considered an unlikely possibility entering the year.

“The dynamic has changed dramatically right now,” 2012 Cup champion Brad Keselowski said. “We’re very early in the season, and it’s now turned into a points race for those last few spots. Hopefully it doesn’t matter for us. 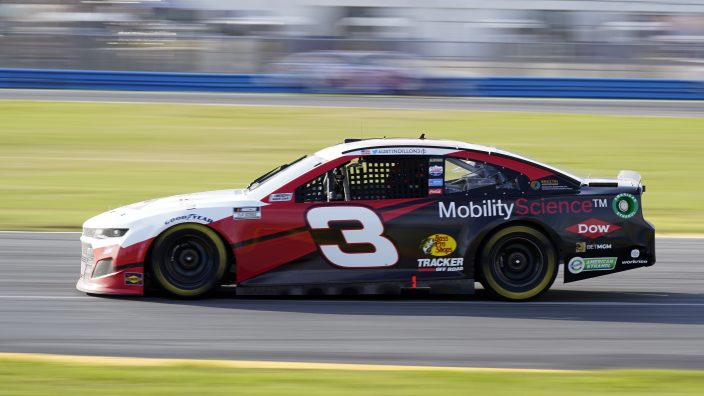 “But if you don’t win, you’re in a lot of trouble right now because it’s not looking like you’re going to be able to get in the playoffs right now without a win.”

The Daytona 500 has a tendency to be a crapshoot, often delivering an odd top-10 and occasionally ending up with a long-shot winner like McDowell. He had been winless in 357 Cup starts before his breakthrough.

Although Bell drives for powerhouse Joe Gibbs Racing, he was a rookie for that top team and in his second full season in the Cup series. 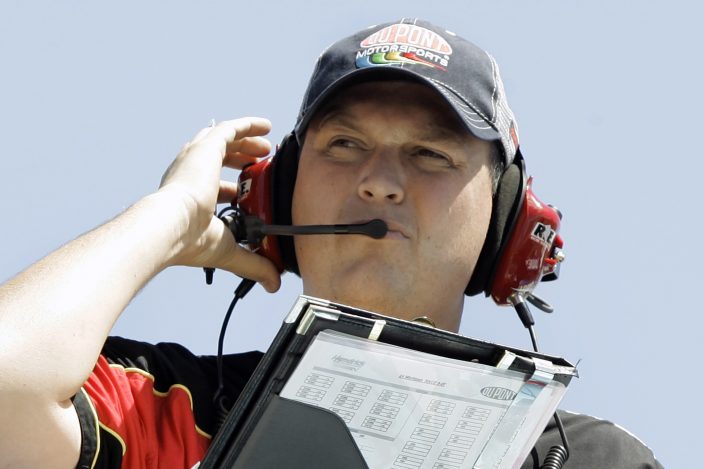 FILE - In this Aug. 17, 2007, file photo, crew chief Steve Letarte watches Jeff Gordon during practice for the NASCAR 3M Performance 400 at Michigan International Speedway in Brooklyn, Mich., in this Friday, Aug. 17, 2007, file photo. NBC analyst Steve Letarte moonlights as the competition consultant for Spire Motorsports, a position he never imagined would put him back on top of a pit box. When COVID-19 protocols sidelined the regular crew chief, Letarte agreed to get back on top of a pit box Sunday, Feb. 28, 2021, at Homestead-Miami Speedway. He'll call the race for Corey LaJoie, his first time as crew chief since the 2014 season finale. (AP PhotoPaul Sancya, File)

“Two of the tracks we’ve went to are definitely tracks that create opportunities for guys that you wouldn’t necessarily just give them a spot or think that they’re going to point themselves in,” said Richard Childress Racing driver Austin Dillon, who has made the playoffs four times in the last five years. “But I think as the season goes on, there will be some opportunities for points.

“It always comes down to one or two positions, I feel like, when it comes to points.”

He’s tied with Tony Stewart and Greg Biffle for the most Cup wins at the 1 1/2-mile venue. Those intermediate tracks are the ones Hamlin and Harvick mostly dominated last year.

“We are about to get into a chunk of the season where you are going to start to see some of your normal winners in the bracket,” Hamlin said.

NASCAR’s much-hyped season, one that included significant schedule changes, is being showcased in its first three weeks. The Cup Series opened on a superspeedway, then raced on a road course, and now heads to an intermediate track.

“It’s about time,” Harvick said. “As I’ve said for many years, I think mixing up the schedule is something that’s very important to capture people’s attention and to really try something different. Whether that’s different markets, different racetracks, it has to be different from year to year.

“As we go to these new markets and new styles of racetracks and try new things, we have to constantly evolve and mix it up. You’re going to have your staple markets and events, but you have those five or six events a year, like we’re having this year, that are new, exciting and different than you had last year.”

Former NASCAR crew chief and current NBC Sports analyst Steve Letarte will return to his previous role for the first time since 2014. Letarte will be atop the pit box for the No. 7 Chevrolet owned by Spire Motorsports and driven by Corey LaJoie.

LaJoie’s crew chief, Ryan Sparks, is sidelined because of COVID-19 protocols and unable to travel for the race. Letarte serves as a consultant for Spire Motorsports and was available to step in.

Hamlin is the 5-1 favorite to win the Dixie Vodka 400, no surprise given his history at the track. Elliott (11-2) is the second choice, followed by Harvick (7-1), Truex (15-2), Kyle Larson (8-1), Logano (10-1) and Kyle Busch (10-1). … Current Miami Dolphins quarterback Tua Tagovailoa and former Miami Hurricanes/NFL linebacker Jonathan Vilma will serve as honorary race officials. Tagovailoa will give the command for drivers to start their engines, and Vilma will wave the green flag to start the race. … Actress/singer Sarah Stiles will perform the national anthem virtually. Stiles is starring in a NASCAR-themed Netflix show called “The Crew” alongside Kevin James.

Masters is a win for Hideki Matsuyama, and for Japan

Dallas Keuchel came through on sho ...