Brian Elliott stopped 23 shots to shut out the Buffalo Sabres for a second time this season in leading the Philadelphia Flyers to a 3-0 win on Saturday.

The Flyers were spurred by a replenished lineup in which four players returned after spending two weeks in the NHL's COVID-19 protocol. They included Scott Laughton, who scored a breakaway goal to make it 3-0 late in the second period.

Sean Couturier had a goal and assist to extend his points streak to five games, in which he has four goals and five assists, and Shayne Gostisbehere also scored. Philadelphia improved to 3-2-2 in its past seven, and won consecutive games for the first time since a five-game winning streak to close January. 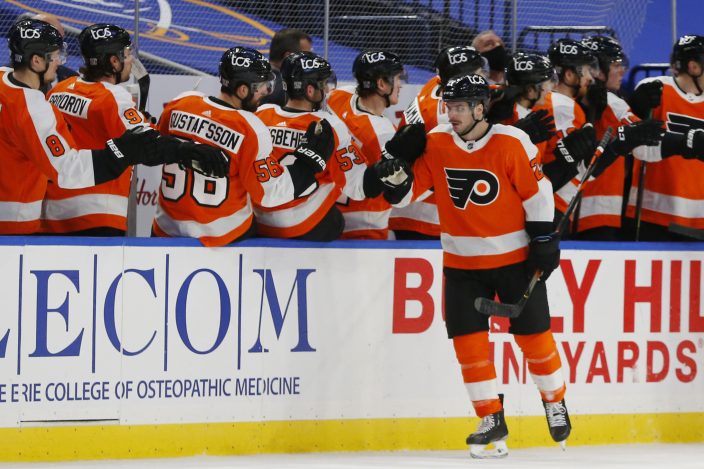 Elliott improved to 5-1 this season and upped his career record to 15-2-2 with four shutouts against the Sabres, including a 40-save outing in a 3-0 win on Jan. 19.

The Sabres dropped to 2-6-1 in their past nine and played their second game without captain Jack Eichel, listed as day to day with a lower body injury.

Carter Hutton stopped 36 shots starting in place of Linus Ullmark, who will miss at least a month with a lower-body injury sustained in the first period of a 4-3 overtime loss to New Jersey on Thursday. 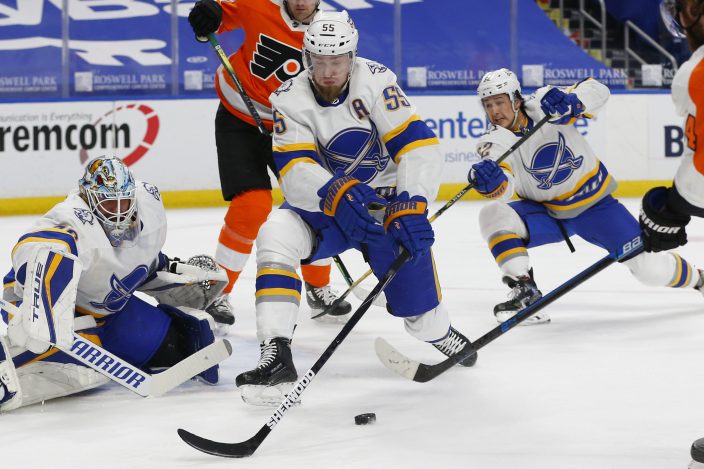 Jeff Skinner’s return to the lineup following a three-game benching didn’t make a difference. The 11th-year forward in the second season of an eight-year, $72 million contract has just one assist in 15 games this season, and now hasn't scored in 19 games dating to last year.

Couturier opened the scoring 14:22 in after teammate Travis Sanheim intercepted Henri Jokiharju’s clearing attempt up the right boards. Sanheim stepped toward the middle and fed Couturier in the high slot from where his shot glanced off the glove of defender Brandon Montour and knuckled in over Hutton’s left shoulder.

The Flyers then put the game on ice late in the second period when Gostisbehere, on a partial break up the left wing, and Laughton scored 4:21 apart. 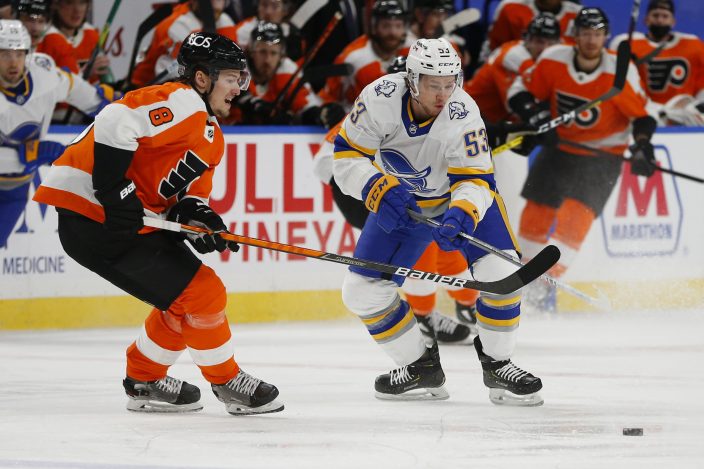 Philadelphia's Jakub Voracek and Oskar Lindblom each had assists in their first game since landing in the COVID-19 protocol nearly three weeks ago. Justin Braun also returned to the lineup. That leaves Travis Konecny as the lone Flyer remaining on the COVID-19 list after the team had as many as seven players listed as recently as Feb. 17.

Buffalo welcomed back defenseman Rismus Ristolainen, who missed seven games after dealing with a severe bout of COVID-19. 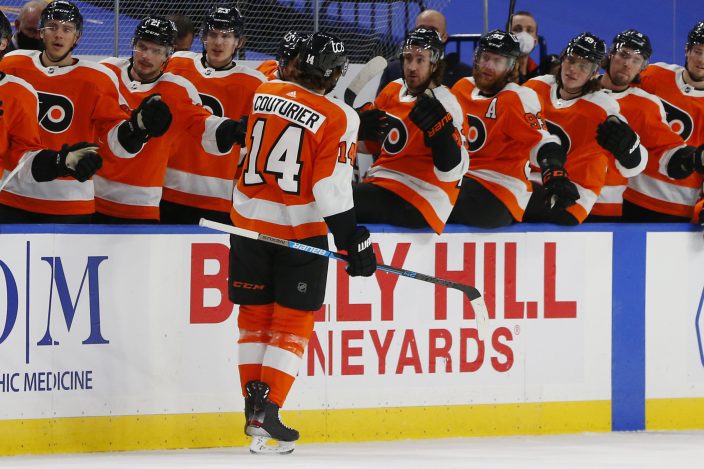 The Sabres went 0 of 3 with a man advantage in failing to produce a power-play goal for just the fifth time this season. Buffalo entered the game with the NHL’s top power-play unit, and had converted 16 of its past 38 opportunities. 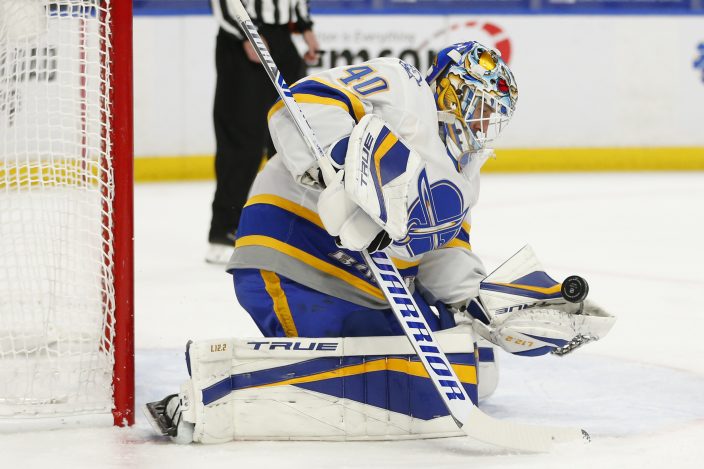 A day after citing accountability and team culture as a reason for benching Skinner, Sabres coach Ralph Krueger hoped the player could grow from the experience.

“Just build on the conversations we had this week, and on the hard work that he put in in a difficult position,” Krueger said. “Hopefully, this proves to be a good little regroup to launch an excellent rest of the season for Jeff.”

Skinner played on a line alongside Riley Sheahan and Casey Mittelstadt.