Garnet Hathaway and Daniel Sprong scored in the opening 5:06, the streaking Washington Capitals built a big lead and held off the slumping New Jersey Devils 5-2 on Saturday.

Lars Eller added the third goal in the big first period and Jabub Vrana gave the Capitals breathing room with a third-period breakaway tally. Rookie Vitek Vanecek had 22 saves in his ninth win.

Nic Dowd added an empty-net goal with less than a minute to play for Washington, 5-1-1 in its last seven after losing four straight. 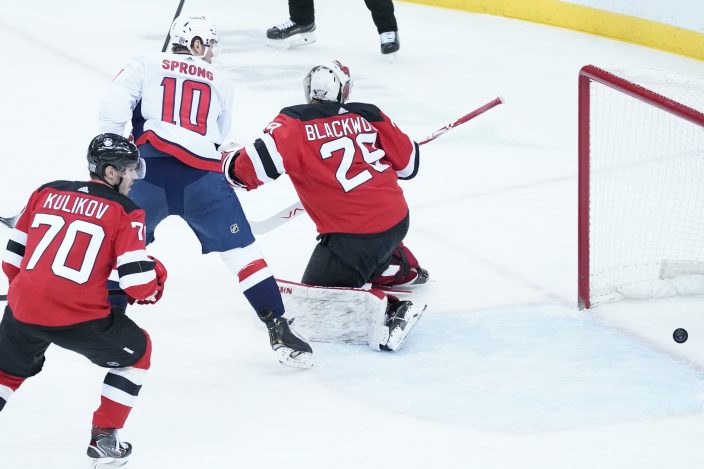 Nico Hischier and Pavel Zacha each scored for the second consecutive game for New Jersey, which has lost four of five. Mackenzie Blackwood had 19 saves as the Devils opened a five-game homestand.

The Capitals, who rallied from a two-goal deficit to beat New Jersey last Sunday, learned from that game and started fast.

Hathaway opened the scoring at 3:36, depositing a nice cross-ice pass by defenseman Justin Schultz into a wide-open net. 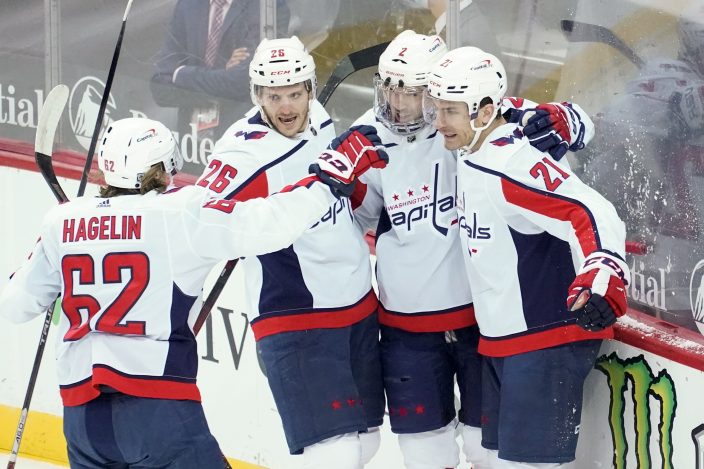 Sprong, who only got a chance to play because Evgeny Kuznetsov was out with an upper-body injury, deflected a point shot by Brenden Dillion past Blackwood at 5:06.

Eller scored in his second straight game, capping a 3-on-1 break. Conor Sheary used Alex Ovechkin as a decoy on the rush to set up the Dane's fourth goal of the season.

Hischier, who left the ice with 4:23 to play after being hit in the shield by a deflected power-play shot, got New Jersey back in the game in the final minutes of the first period, scoring from in close. 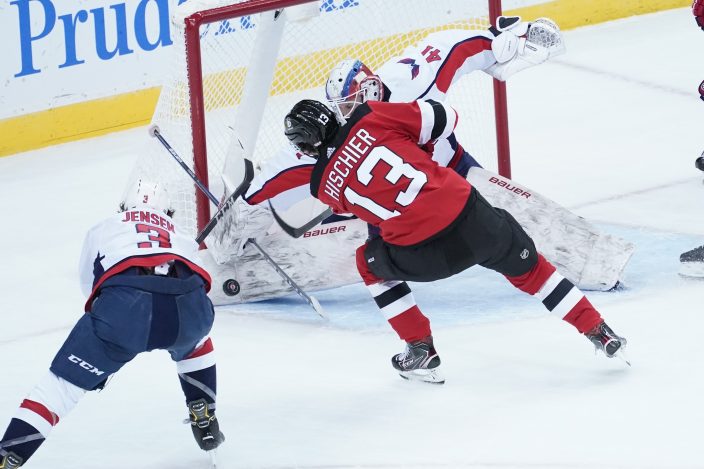 Zacha extended his scoring streak to nine games with a goal from between the circles in the second period with Vanecek playing without his stick.

Vanecek, playing in his 16th game, made at least three good saves early in the third period to keep Washington ahead. Vrana iced the game by beating Blackwood between the pads on his breakaway. 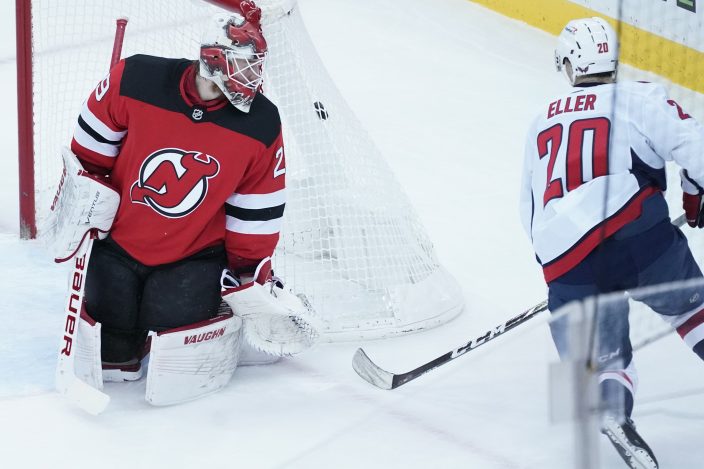 UP NEXT: The teams are back at the Prudential Center for a 3 p.m. game on Sunday.