DJ LeMahieu and the New York Yankees are happy there will be a little bit of baseball normalcy when spring training games begin on Sunday.

As in, fans in the stands when the Yankees host the Toronto Blue Jays at Steinbrenner Field.

Due to restrictions brought about by the coronavirus pandemic, it will be the first time fans will see the Yankees play in-person since a spring training game last March 12. 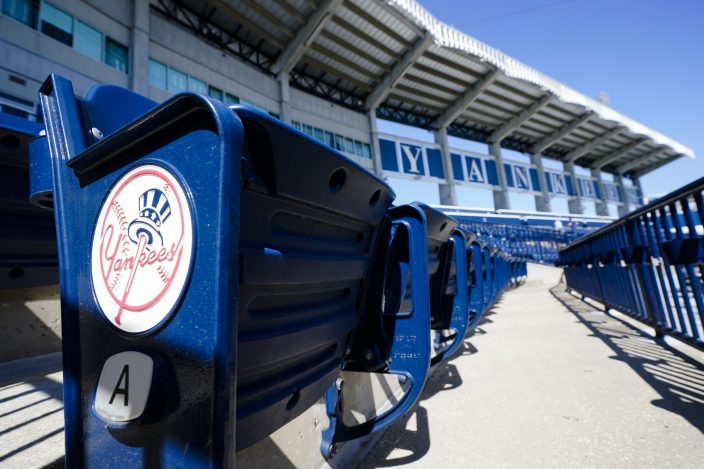 “To me it’s just Major League Baseball with fans,” LeMahieu said on Saturday. “Last year I’m glad we played. Glad we were able to get in as many games as we could and I thought the playoffs was cool but just missed that adrenaline and excitement."

The limited crowd due to safety protocols for Sunday’s game is expected to be around 2,800 in the ballpark that has a capacity of over 10,000. 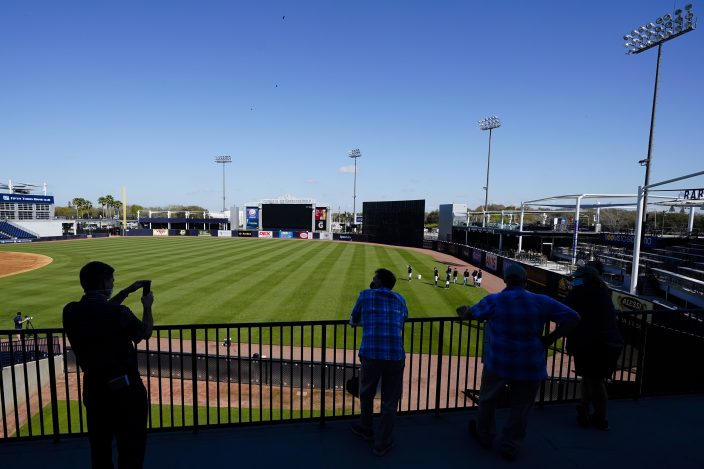 Social distancing and mask wearing rules are in place and there will be no close interaction between players and fans like signing autographs.

“I definitely miss that,” said LeMahieu, who led the majors in batting last year. “It’s not always my favorite thing to do but I know how much it means. It’s something I look forward to. Hopefully that kind of interaction returns.”

The Blue Jays will also be playing before fans for the first time in almost a year. 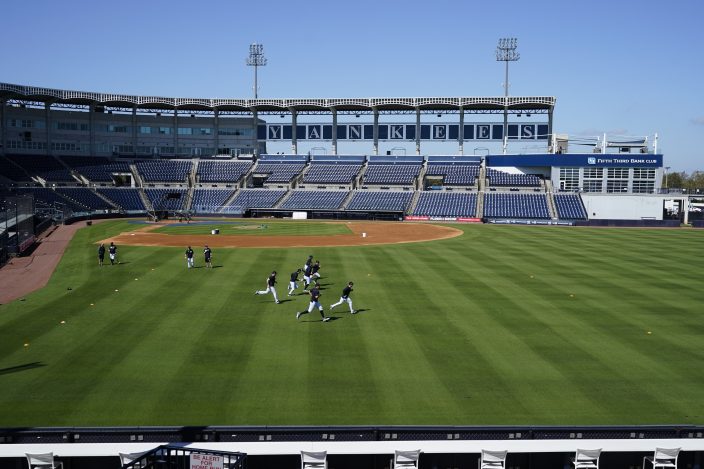 “In just watching other events, whether it was college football, NFL games, different games where fans were there in limited capacities, it does change the look and the feel even watching it on TV I felt like,” Yankees manager Aaron Boone said. “I’m sure it will be nice for the guys to have that environment and atmosphere that only the fans can create.”

Boone said the first time the lack of fans last year really hit him hard was the initial series with the Boston Red Sox.

“Where there’s just that normal extra buzz, angst and intensity in a regular-season setting,” Boone said. 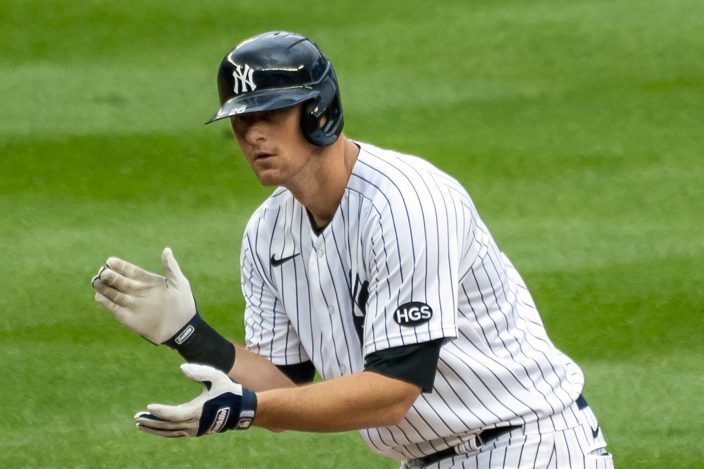 FILE - New York Yankees' DJ LeMahieu celebrates at second base after hitting a two-run double during the sixth inning of a baseball game against the Miami Marlins at Yankee Stadium in New York, in this Saturday, Sept. 26, 2020, file photo. The New York Yankees and AL batting champion DJ LeMahieu worked Friday, Jan. 15, 2021, to put in place a six-year contract worth about $90 million, a person familiar with the deal told The Associated Press. The person spoke on condition of anonymity because the agreement is subject to a successful physical. (AP PhotoCorey Sipkin, File)

NOTES: Yankees hitting coach Marcus Thames said the new MLB balls that are supposed to slightly deadened were used for part of batting practice Friday and that he did not see a difference. “We’ve got some powerful guys,” a smiling Thames said. “I don’t want our guys thinking about the baseball other than hitting it.” ... RHP Luis Severino (Tommy John surgery) could start throwing off a mound a week or so. He is expected to return in June or July.

LeMahieu back with Yanks after recovering from COVID-19