The nerves were there. They were unavoidable, really. Yet rather than greet them with anxiety or fear as she did the last time she stood on the competition floor, Laurie Hernandez embraced them.

Yes, it's been more than four years — a lifetime and then some in women's gymnastics — since she walked off the podium at the 2016 Olympics with a star-making smile and a pair of medals around her neck. Her journey since leaving Brazil included dabbling in the trappings that came with newfound stardom, moving from New Jersey to Los Angeles and parting with a coach currently serving a 5-year suspension for abusive behavior.

Oh, and then there's the dash of skepticism about whether her comeback was legit. 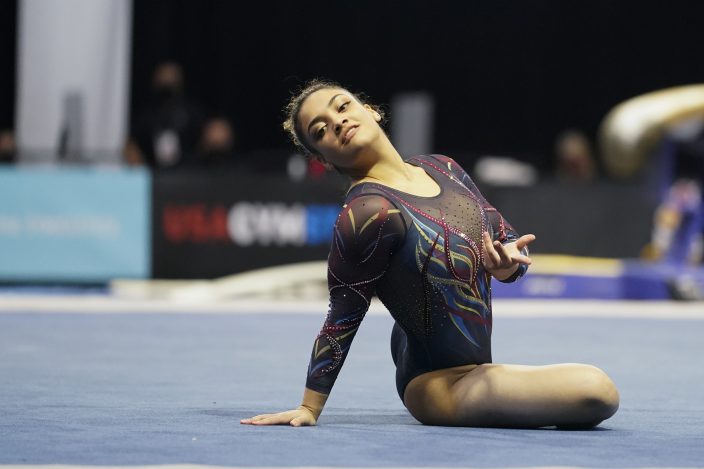 Yet all of it faded into the background on Saturday at the Winter Cup in Indianapolis. The electric smile — one she insists is no longer choreographed but sincere — returned. And while her performance, a fifth on balance beam and 11th on floor exercise after she watered down her final tumbling pass in the name of safety, provided evidence of just how long she'd been away, her return was a victory in itself.

“It was like coming back as a new person,” Hernandez said. 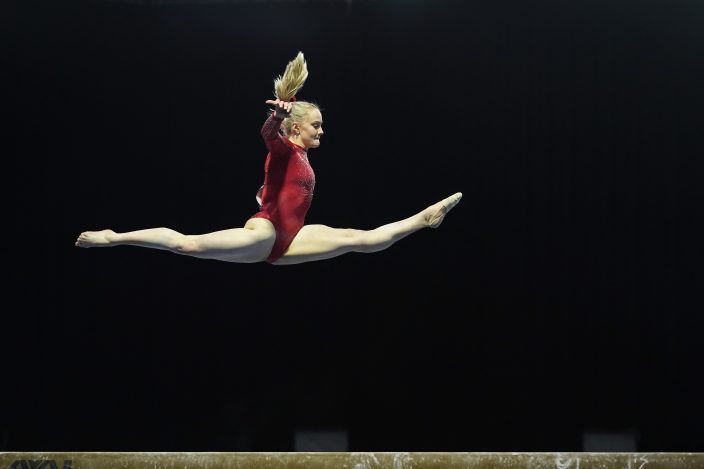 Even in a largely empty arena filled with cardboard cutouts and the exclamations of the broadcast announcing team echoing in place of applause, it felt sort of normal.

“There’s like those little butterflies that come and go,” said Hernandez, now 20. “But what’s been happening a lot within the last year or so is that like, I’ll do a beam routine and then halfway through, I kind of settle into my own body and it just feels like I can relax and be grounded. And that’s kind of what happened today.”

She wasn't the only one. Jordan Chiles — who contemplated leaving elite gymnastics to focus on her impending college career — posted the highest all-around score of 57.050. It was a performance that served as validation of her decision to make a run for the Olympic team, a path made even more difficult with athletes turning 16 this year — including Konnor McClain and Skye Blakely — now eligible to compete in Tokyo. 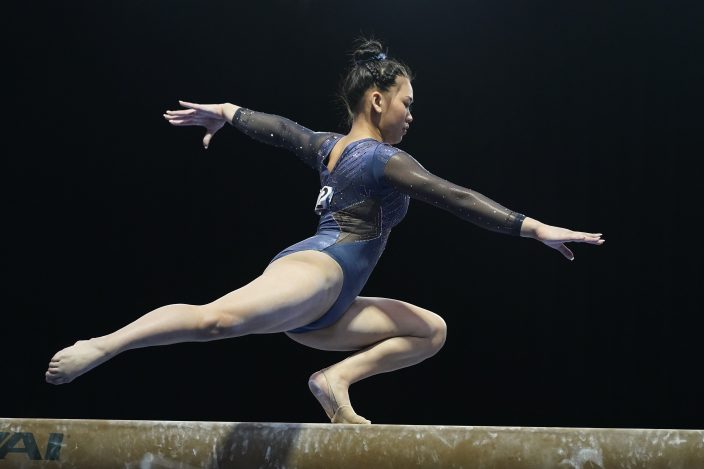 “I just went out there and did what I did and showed people what they needed to see,” Chiles said.

Blakely and McClain hardly looked intimidated by the stakes. Blakely's rock-solid beam routine — including a beautiful layout at the end of a tumbling pass that looked like she was standing on the floor, not a 4-inch piece of wood 4-feet in the air — pushed her into a tie for first on the event. McClain was fourth on beam and third vault. 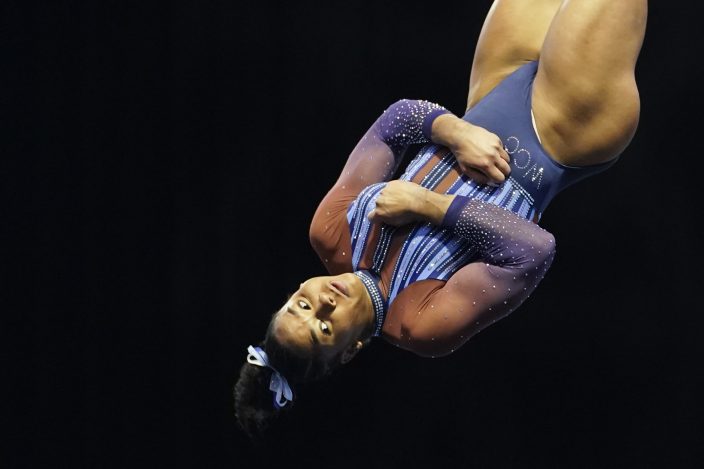 They will need to rely on that resolve if they want to be a part of the conversation this summer. Several of the most accomplished gymnasts in the U.S. program — Olympic champion Simone Biles and former world champion Morgan Hurd chief among them — skipped what Forster described as a “preseason” event, a way for athletes to knock off some of the rust.

Not everyone was rusty. Three-time world championship medalist Sunisa Lee put together a dazzling set on the uneven bars, her 15.050 the highest of the day on any event. Not bad considering Lee isn't joking when she says she just “chucks skills” out there.

Leg injuries have limited her time on floor exercise and vault, though Forster said he's confident Lee will be available to compete in the all-around later this spring. 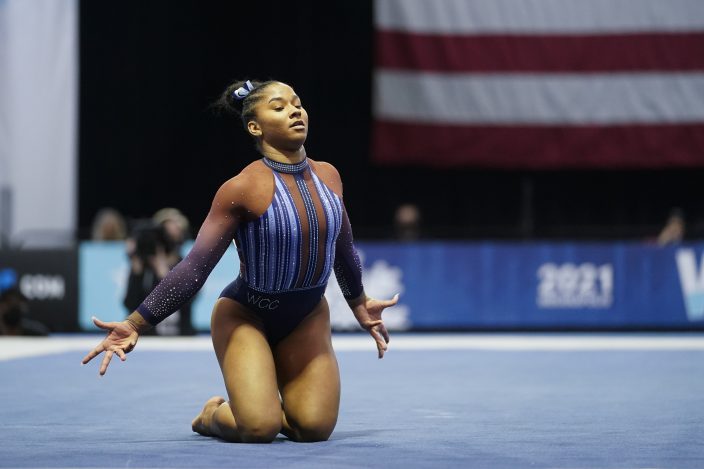 Hernandez — who helped the “Final Five” win team gold in Rio and earned an individual silver on beam — is also on the path to make all four events competition-ready by the time things get serious in May. She admits she finds herself with a “new brain” and a new approach, one that is a testament to both her maturity and the way the gymnasts themselves are empowering each other in the wake of a series of scandals that have rocked USA Gymnastics since that triumphant moment in Brazil.

“Maybe when I was 16, I’d go to compete and I’d feel nervous and I’d be like, ‘I’m not nervous. I’m fine' because I equated nerves with me not being prepared, which, you know, of course, I learned now, like, that’s not true at all,” she said. “You get nervous either way because you care, not because you’re not ready. So it’s all just a big mindset change.”

Upgrading the difficulty level of her routines will be a must if Hernandez wants to be a serious threat to be on the six-woman team that flies to Tokyo this summer. There's a long way to go. Then again, she figures she's already come a long way.

The relationship with former coach Maggie Haney — suspended for by USA Gymnastics last April for abusive practices — is gone. On Saturday, she and Riley McCusker — also a former Haney pupil — took a moment to drink in an environment they believe is far healthier than the one they once knew.

“I think both of us had a lot of adapting to do in our either come back or changes that we had to endure,” Hernandez said. “And we were just excited to be here and to see each other. And I think if anybody, of course, like Riley, Riley gets it. And so we’ve been able to connect in that way and, you know, in so many different levels. Coming back here, it’s just been a really big, I think, accomplishment. Just being here in general is a big accomplishment.”