Myatt Snider won the Xfinity Series race at Homestead-Miami Speedway on Saturday, taking the checkered flag in overtime after Noah Gragson slammed into a lapped car with two laps remaining.

The 26-year-old Snider celebrated his first victory in 36 starts with a reverse lap around the 1 1/2-mile track.

Snider spun his tires on the first of two restarts in overtime, but got a second chance thanks to another late caution. He didn't make the same mistake twice, driving by Tyler Reddick and turning the final two laps without much of a test. 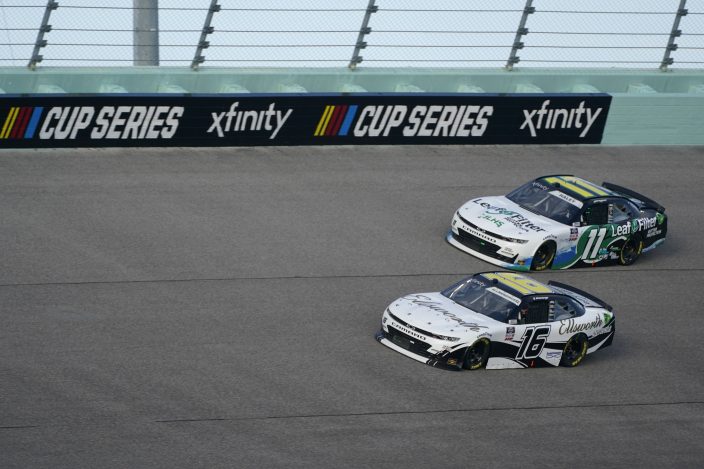 A J Allmendinger (16) and Justin Haley (11) battle for position as they round Turn 4 during a NASCAR Xfinity Series auto race, Saturday, Feb. 27, 2021, in Homestead, Fla. (AP PhotoWilfredo Lee)

The biggest challenge for the first-time winner was finding victory lane. Snider missed the turn before having to back up and try again.

Gragson was as much the story as Snider. He was cruising toward his first win since the 2020 season opener at Daytona when he slammed into another car. Gragson was just about to pass David Starr with two laps to go when Starr blew a right-front tire and turned into the outside wall — and right in front of Gragson. 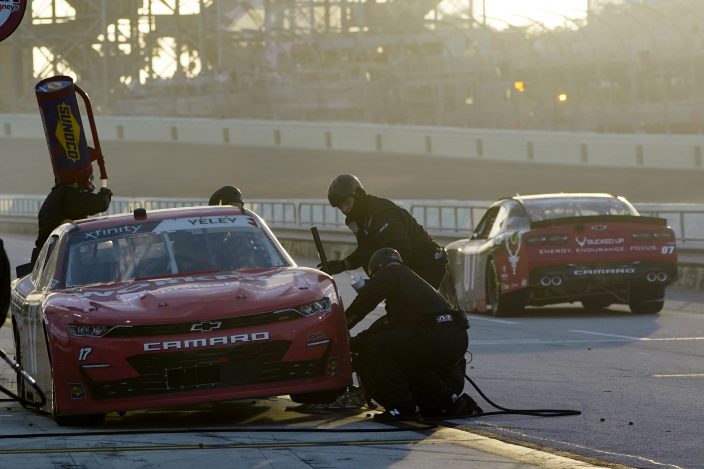 Gragson had nowhere to go and no time to stop. He climbed out of his crumpled car, shook his head and fists in disgust. He took off his helmet and gloves and waved to the crowd before stepping into a waiting ambulance for a mandatory ride to the infield care center.

“What are you going to do?” Gragson said. “You've got (idiots) in the way every single week.”

It was his third straight disappointing finish at Homestead. Gragson had the dominant car in both races at Homestead last year, but failed to win either. 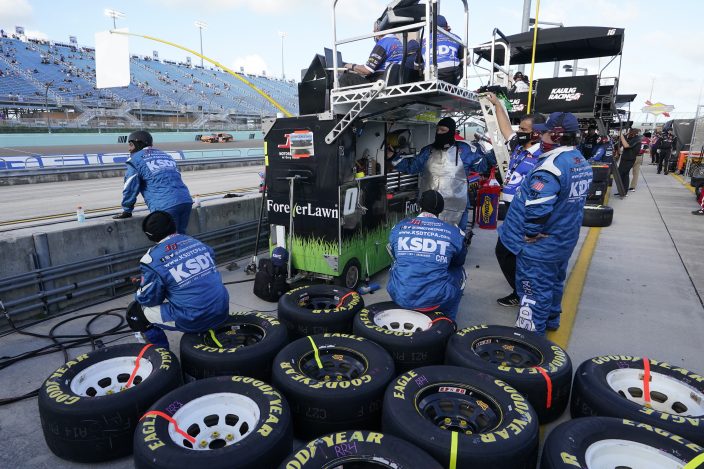 “Definitely a bummer,” Gragson said. "They know who won this race based on speed the last three times we’ve been here. ... There's only one thing we know how to do and that's rebound.”

Reddick took advantage and put Richard Childress Racing in victory lane for the first time in 2021.