Andrei Vasilevskiy made 20 saves for his second straight shutout and 23rd overall and the defending champion Tampa Bay Lightning beat the Dallas Stars 5-0 on Saturday night in the first Stanley Cup rematch of the season.

The teams will meet again on Tuesday night in Dallas. They had four previous scheduled meetings season postponed because of COVID protocols and weather issues in Dallas.

Steven Stamkos and Anthony Cirelli each had a goal and an assist for Tampa Bay, and Ondrej Palat, Brayden Point and Pat Maroon also scored for Tampa Bay. The Lightning scored two power-play goals and one short-handed to extend their winning streak to four games. 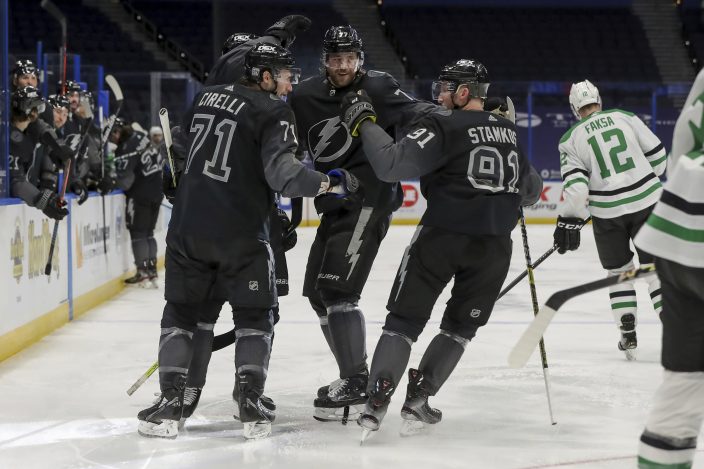 Dallas' Anton Khudobin made 12 saves before being replaced in the third period by Jake Oettinger, who stopped all five shots he faced.

Palat struck three seconds into Tampa Bay’s first power-play chance, stealing the puck from Jason Dickinson down low and roofing a shot over Khudobin for his seventh of the season and fifth on the power play — which ties his single-season high. 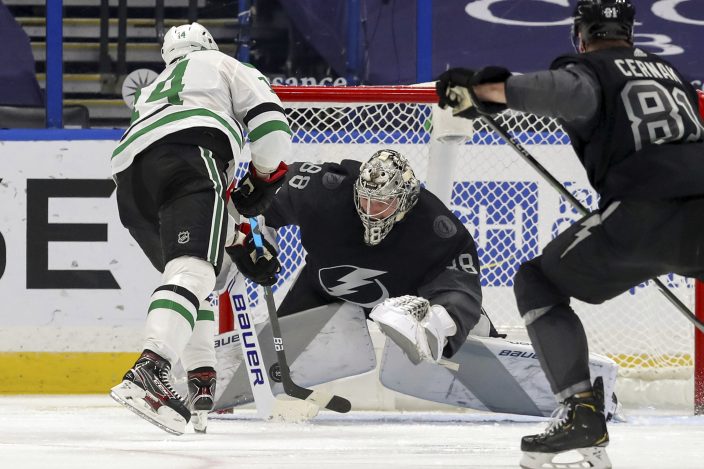 Cirelli, back after missing two weeks, took a pass from Stamkos inside the Dallas blue line and raced in for a breakaway and pulled the puck to his backhand before lifting it over Khudobin for his seventh career short-handed goal at 4:06.

Point made it 3-0 when he raced up the ice and cut to his right as he entered the Dallas zone and put the puck on the toe of his stick and wristed a shot back across his body to the far post at 8:17.

Maroon tapped in a pass from Tyler Johnson on a backdoor play at 15:12 for Tampa Bay’s second power-play goal of the game. 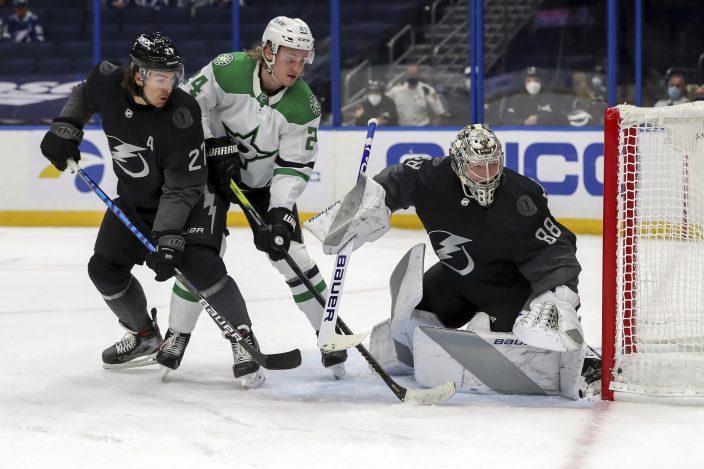 Stamkos scored his 10th of the season at 1:07 of the third, one-timing a backhand pass from Cirelli that made it 5-0 and ended the night for Khudobin.

Dallas RW Alexander Radulov missed his eighth consecutive game with an undisclosed lower-body injury. Coach Rick Bowness said Radulov has been doing some light skating on his own and could return at some point during a six-game homestand that opens on Tuesday against Tampa Bay. 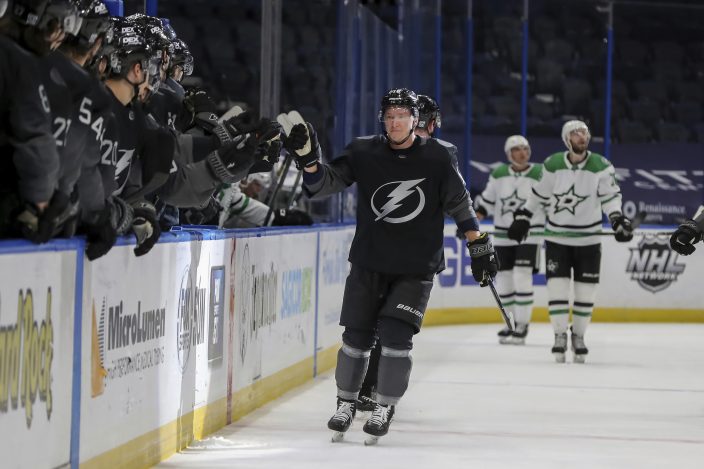 Tampa Bay Lightning's Ondrej Palat is congratulated for his goal against the Dallas Stars during the first period of an NHL hockey game Saturday, Feb. 27, 2021, in Tampa, Fla. (AP PhotoMike Carlson)

Dallas C Roope Hintz returned after missing two games with a lower body injury. The Stars also called up C Rhett Gardner from the taxi squad, but he was a scratch. 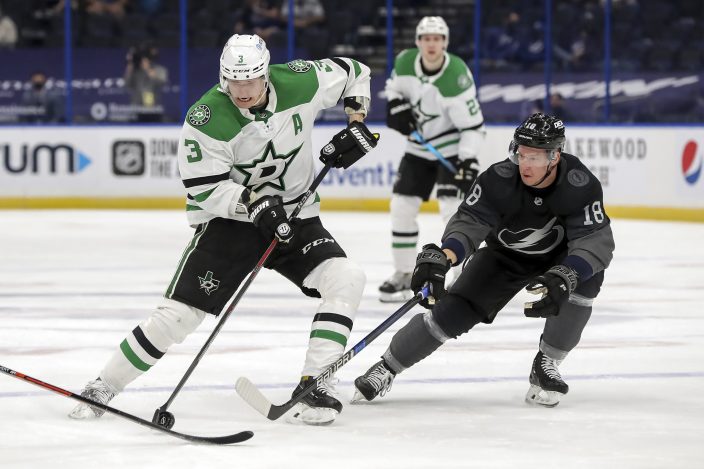 Jazz avenge loss with 111-97 win over Lakers in rematch

A Chinese American mother in the B ...