Jamal Murray continued his hot scoring with 26 points and Nikola Jokic had his eighth triple-double of the season to help the Denver Nuggets rout the Oklahoma City Thunder 126-96 on Saturday night.

Murray, averaging 30.1 points in his previous seven games, made 9 of 15 field goals and Denver shot 55%. 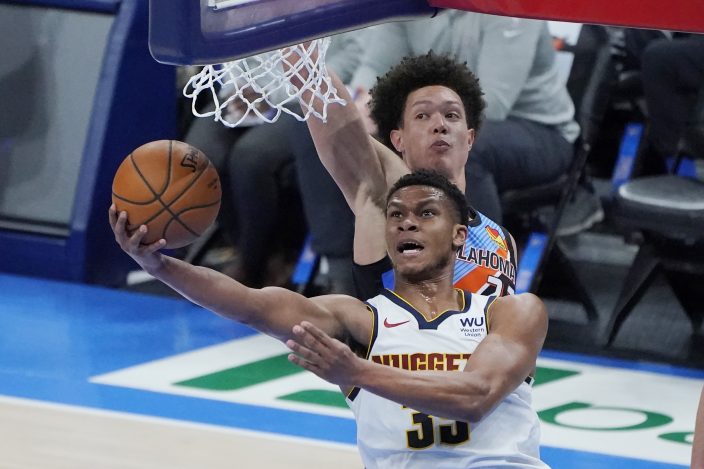 Darius Bazley had 22 points for the Thunder. Ty Jerome and Isaiah Roby added 15 each.

Denver, loser of four of its past six games and six of seven on the road, controlled this one from the outset in beating the Thunder for the third time in three tries this season.

Porter, who had an 18-10 double-double in a home loss to Washington on Thursday night, made all four of his 3-point shots and scored 14 points in the first quarter when the Nuggets led by as many as 23. 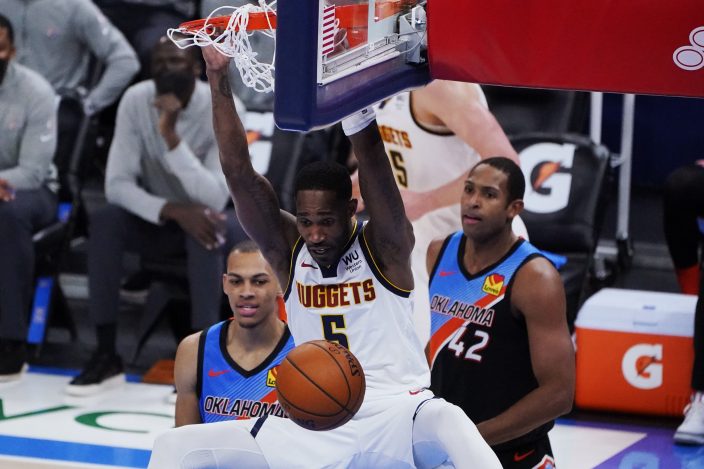 The Thunder’s second unit, led by Jerome and Roby, helped cut it to 47-36 midway through the second quarter. But the Nuggets ended the half on an 18-7 run, including 3-pointers by Porter and Murray, and held the Thunder to one basket in the final 3:45.

Jokic scored nine of his points in the third quarter when Denver pushed the lead beyond 30, which allowed Jokic, Murray and the other starters to take it easy the rest of the way. 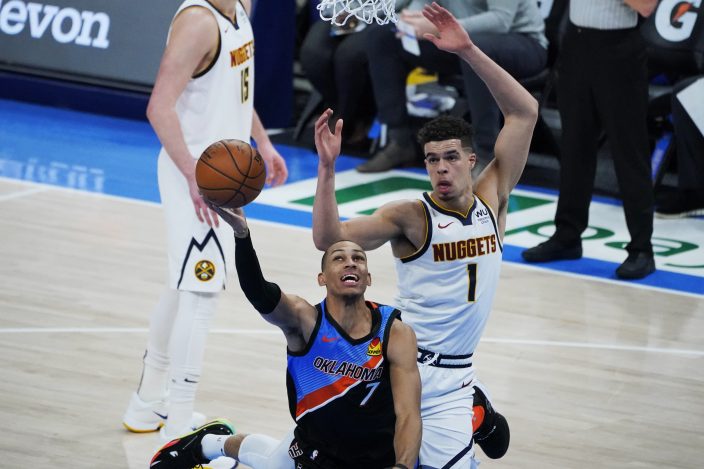 Nuggets: P.J. Dozier, who had missed 15 games with a right hamstring strain, scored nine points. … The Nuggets were again without Paul Millsap, JaMychal Green and Gary Harris, all nursing injuries. … This was the first of a four-game trip before the All-Star break. …

Thunder: The Thunder were 11 of 47 from 3-point range. … The game ended a four-game homestand. The Thunder do not play at home again until March 11, following the All-Star break. 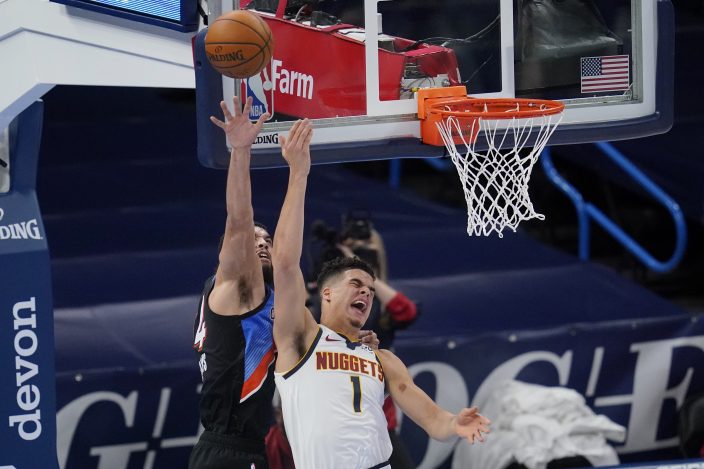 Nuggets: At Chicago on Monday night.

Thunder: At Dallas on Wednesday night.

Makeshift defense comes through for Madrid in decisive ...

One by one, Real Madrid defenders ...