The Cavaliers beat a Sixers team that built the best record in the Eastern Conference (22-12) on the strength of a 14-2 mark at home.

Isaac Okoro scored the first three points of OT and had 15 when he fouled out. 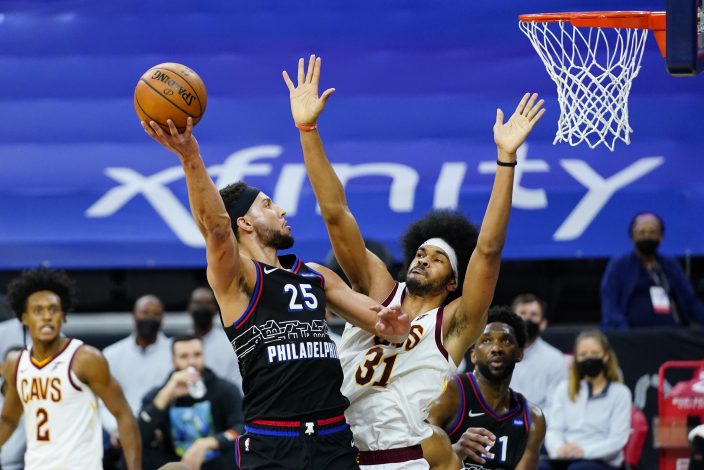 Philadelphia 76ers' Ben Simmons, left, goes up for a shot against Cleveland Cavaliers' Jarrett Allen during the second half of an NBA basketball game, Saturday, Feb. 27, 2021, in Philadelphia. (AP PhotoMatt Slocum)

Westbrook added 14 rebounds and 12 assists for the Wizards. They've won seven of eight to move back into playoff contention following a 6-17 start.

Karl-Anthony Towns had 23 points and 11 rebounds for NBA-worst Minnesota. The Timberwolves have lost seven in a row.