Utah bounced back from a loss a night earlier in Miami, improving to 6-1 following a defeat. The NBA-leading Jazz have lost consecutive games just once all season and not since Jan. 6 when they were 4-4.

Mitchell shook off a scoreless first quarter and scored 15 points in the third quarter when Utah pushed a four-point halftime lead out to as much as 14. The Jazz led my 19 in the fourth quarter and improved to 25-0 when leading after three periods. Utah won by double digits for an NBA-best 23rd time this season. 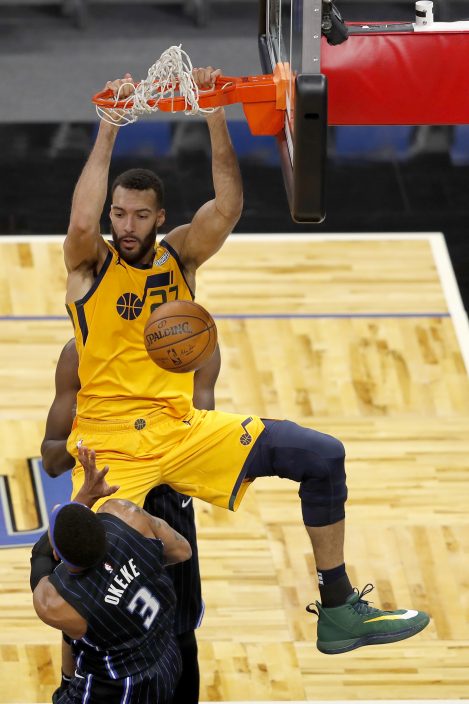 Ingles had 17 points, six assists and three 3-pointers. The Jazz are 7-0 this season when he starts at point guard in place of Conley, who was out with right hamstring injury management. That’s the same injury that kept the point guard out from Feb. 2-12, a six-game stretch where Utah won each game with Ingles as the starting point guard.

Magic All-Star center Nikola Vucevic scored 34 points, but missed out on his 24th double-double by two rebounds. Evan Fournier (16 points) and Terrence Ross (10 points) combined to shoot just 11 of 36 from the floor and made only 1 of 13 from 3-point range. 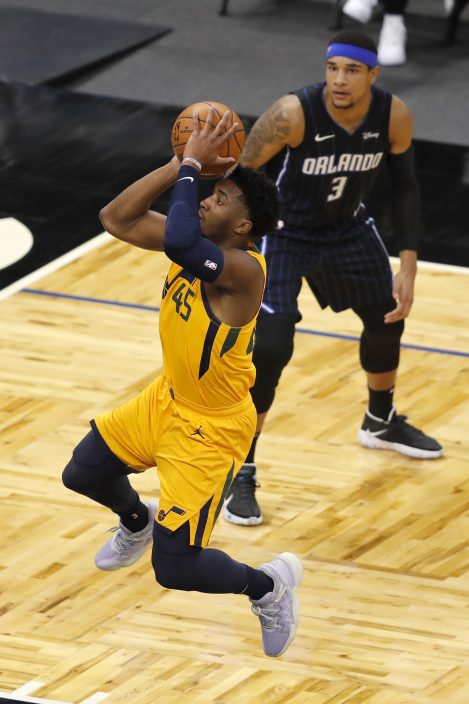 Veteran referee Bill Kennedy was forced to leave the game with 2:48 remaining in the first half because of an apparent back injury, leaving an inexperienced crew on the floor. Natalie Sago, one of five female referees in the NBA, is in her second season as a full-time referee, while Nate Green is in his first NBA season after four years in the G League. Kennedy did not return in the second half. 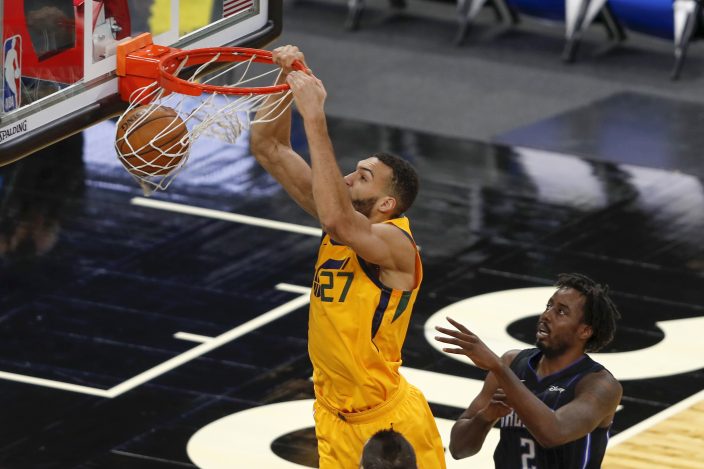 Jazz: Utah, which came in to the game averaging 42.7 3-point shot attempts a game, got up 20 shots from beyond the arc in the game’s first 17 minutes. … The Jazz missed their first six free throw attempts of the game. … Coach Quin Snyder on his journey to becoming one of the head coaches for the NBA All-Star Game: “(He and wife Amy) started in the D League together and it’s gratification for your evolution, especially when you move five times in five years.”

Magic: James Ennis III did not play because of a sore calf, allowing Dwayne Bacon to start for a fourth time. … If the Magic are going to make the playoffs a third straight year, they are going to have to do it against the NBA’s toughest remaining schedule. Twenty of their 36 games after the All-Star break will be on the road and there are nine back-to-backs. … Mo Bamba had the highlight of the night when he caught an off-target alley-oop pass with his left hand and dunked.