Frans Nielsen had a goal and an assist and the Detroit Red Wings beat the Chicago Blackhawks 5-3 on Saturday night for their second straight victory.

Bobby Ryan, Darren Helm, Christian Djoos and Evgeny Svechnikov also scored for Detroit, which won for the third time in four games after a 4-12-3 start. The Blackhawks had won two straight and five of their previous six. 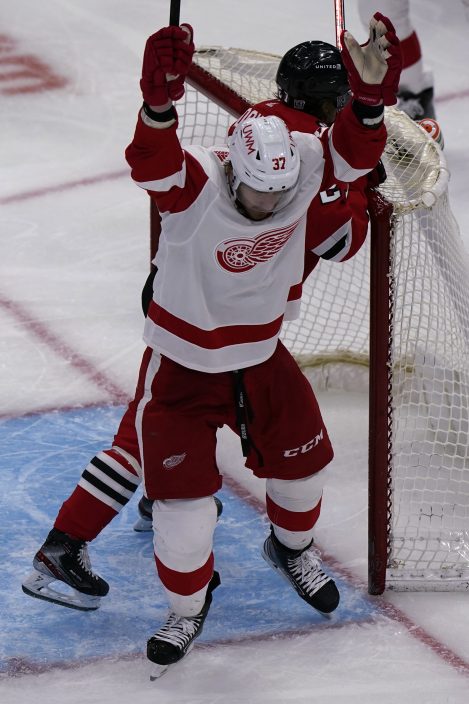 Detroit scored twice in a 4:18 span late in the second period to take a 3-1 lead. Helm beat goalie Malcolm Subban from the slot at 14:09, just 16 seconds after the DeBrincat had tied the game. Helm was left alone when both Chicago defenseman chased the puck behind the net, only to see center Luke Clendening hit Helm on the tape with a pass.

The Red Wings made it 3-1 with their first power-play goal in 15 games with 1:33 left in the second. Djoos used Chicago’s David Kampf as a screen and fired a wrist shot over Subban’s right shoulder. It was the third power-play goal of the year for Detroit.

DeBrincat scored with 6:07 left in the second. He hopped off the bench when the Red Wings’ defenders weren’t looking and beat goalie Jonathan Bernier with a wrist shot from the slot on a breakaway. Bernier stopped 29 shots for his sixth win of the season. The Red Wings’ Svechnikov beat Subban from the doorstep for a 4-1 lead 2:33 into the third. Subban stopped 31 shots.

Janmark tipped a Carl Soderberg pass by Bernier to cut the lead to 4-2 two minutes later, but Nielsen scored his first goal of the season with a hard wrist shot at 8:!5 to put the Red Wings ahead 5-2. 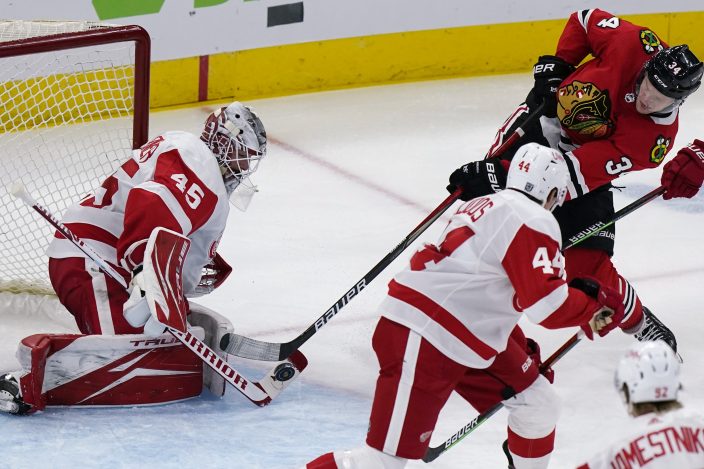 Ryan opened the scoring midway through the first period, his quick wrist shot beating Subban from the slot. Until taht point, the Blackhawks had outshot the Red Wings 11-2. But, Ryan’s goal shifted the momentum. 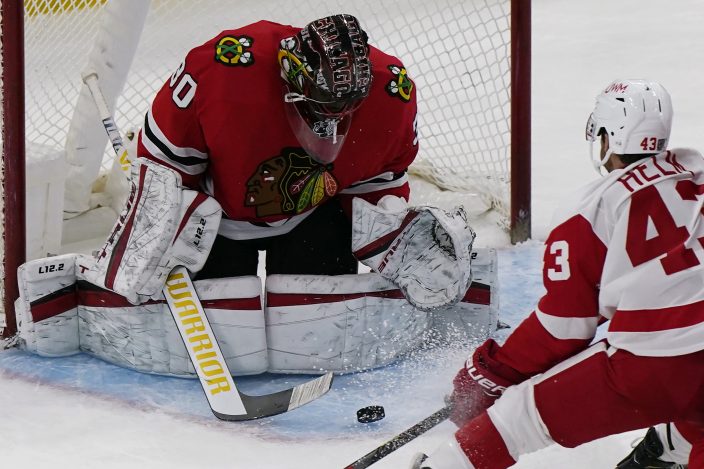 Patrick Kane, the first pick in the 2007 draft, will be the fourth player in Blackhawks' history to score 400 goals with the team, joining Hall of Famers Bobby Hull and Stan Mikita and longtime threat Steve Larmer. Kane won the Calder Trophy as the NHL’s top rookie in 2007-08 and picked up the Hart as the NHL’s most valuable player in 2015-16, the first American to do so.

Detroit’s power-play languished at the bottom of the NHL before the game, connecting on only 6.1 percent of its chances. Christian Djoos’ second-period goal was the first man-advantage score for the Red Wings in 40 attempts, dating to a Jan. 28 score in a 7-3 loss at Dallas. 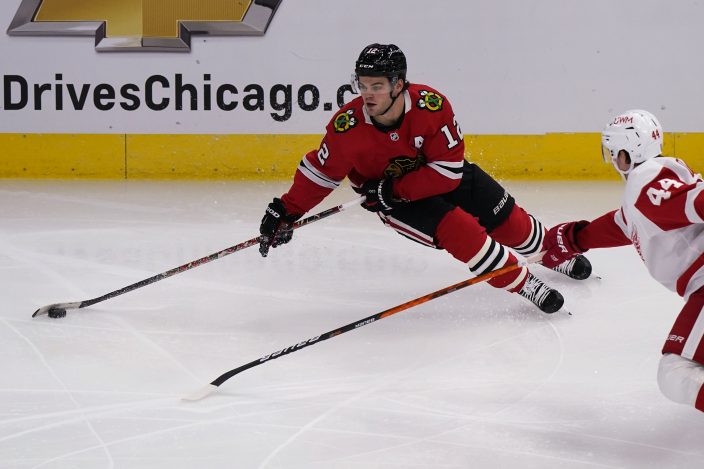 The Red Wings and Blackhawks meet again at United Center on Sunday night. 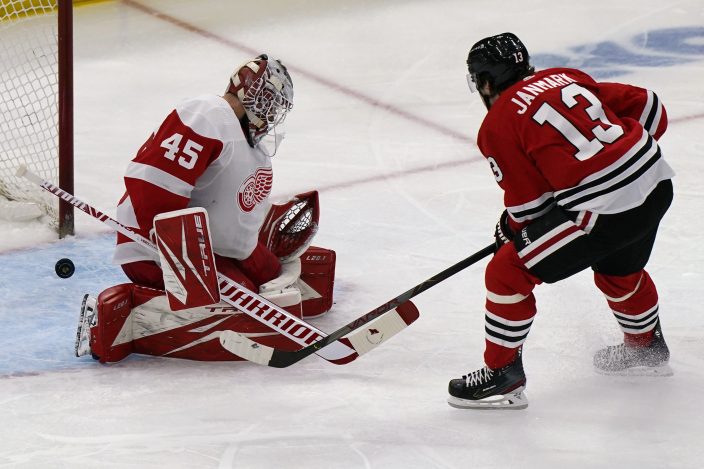