Matt Dumba scored in the final second of overtime to lead the Minnesota Wild to a 4-3 win over the Los Angeles Kings on Saturday night.

With time running out, Minnesota’s Mats Zuccarello dug the puck out of a scrum on the side boardsd and slipped a pass to Dumba in the slot. The Wild defenseman made a move and flipped a wrist shot past Calvin Peterson with 0.3 seconds left on the clock. 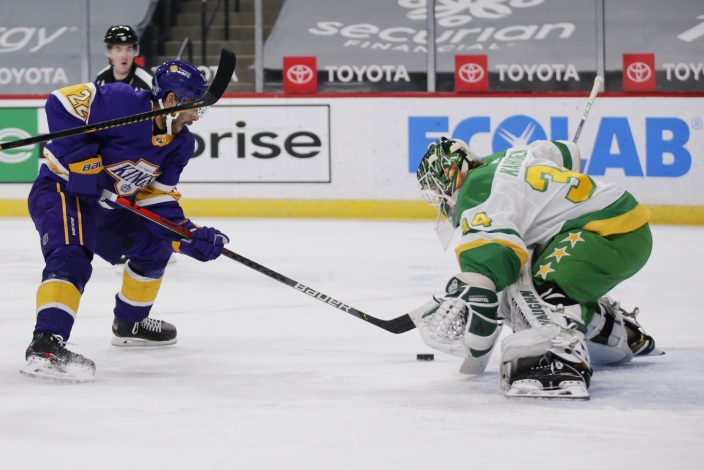 Drew Doughty, Austin Wagner and Adrian Kempe scored for the Kings, who overcame a threee-goal deficit to force overtime. Peterson stopped 38 of 42 shots for Los Angeles.

After giving up three early goals in a 3-1 loss to Minnesota on Friday night, the Kings came out with much more energy and dominated the pace of play early, outshooting Minnesota 9-3 at the start.

But, just as they did on Friday, the Wild struck quickly to put Los Angeles in an early hole. 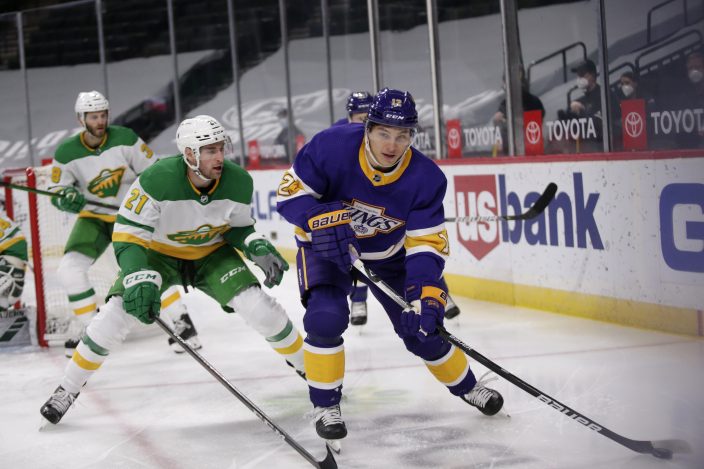 Eriksson Ek took advantage of a bit of luck to put the Wild on the board first at 14:17 of the first period. After entering the zone on a give-and-go, Kevin Fiala took a one-handed whack at the puck and tapped it toward the slot.

The puck bounced to Eriksson Ek, who chipped it puck over Peterson’s shoulder for his team-leading eighth goal of the season.

Three minutes later, the Wild doubled their lead on an impressive individual effort by center Nick Bjugstad. While holding off defenseman Tobias Bjornfot, Bjugstad controlled the puck as he circled behind the net. 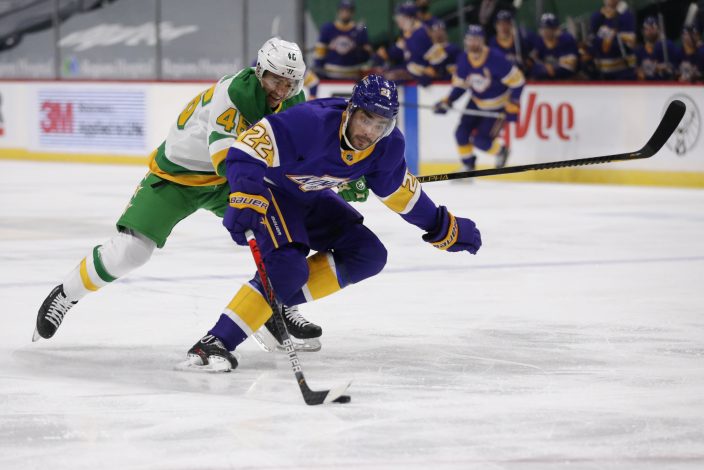 Bjugstad then fired a backhand pass across the face of the goal, finding Sturm alone at the far post for an easy tap-in.

Kaprizov made it 3-0 early in the second period when he took advantage of another fortunate bounce for the Wild. Victor Rask broke his stick on a slap shot, but the puck trickled right to Kaprizov in the slot, and he fired it home for his sixth of the year.

Doughty got Los Angeles on the board less than two minutes later with a power-play goal. Kempe took a blast from the left point that Kahkonen kicked out to his right, but Doughty flicked the rebound into the open net for his fifth of the year. 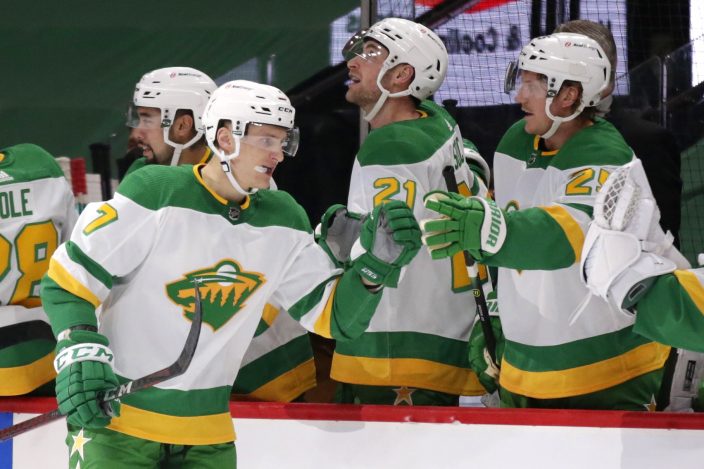 Wagner drew the Kings closer with an unassisted goal midway through the second. He blocked a shot near the blue line and had a clean breakaway, which he converted with a wrist shot off Kahkonen’s blocker, cutting Minnesota’s lead to 3-2.

Kempe tied the game when he scored from the point with 2:45 to play in the third. It came on the Kings’ third consecutive power play of the third period.

After two weeks on the road, the Kings return to Los Angeles for a game against the Coyotes on Wednesday.

The Wild head back out on the road for the first of two games at Vegas on Monday.